Callum Ilott is taking a measured approach to his first-ever IndyCar race, to use it as an experience-gathering exercise before working to make the car faster.

It was announced on Friday that Juncos Hollinger, which will return to IndyCar full-time in 2022, is to run Ilott in all three remaining races on this year’s schedule.

The Ferrari Formula 1 test driver will roll off 19th in a field of 27 cars this afternoon, and is anticipating a tough baptism in the NTT IndyCar Series, but told Motorsport.com that he’s determined to complete the race and gain experience.

“It’s one of the heaviest cars I’ve driven,” said the 22-year-old Briton, who last year finished runner-up in the Formula 2 championship. “The F2 car’s peak is heavier, but because in these you’re pushing hard 100 percent every lap, IndyCar is more tiring. In F2, you have to save the tires.

“I was told by Christian [Lundgaard, who made his IndyCar debut last month] that here you just push, and the Firestones will drop off a bit but you haven’t got time to tire-save, as such; you just push and when they do give up, you just pit.

“He didn’t have to fuel save; here I think we will have to do that a bit unless there’s an early safety car.

“But whatever, I think after a 1hr45min race, I’m going to come in with bigger arms for sure!”

To save fuel requires the driver to come off the throttle sooner at the end of a straight but make up for this by carrying more off-throttle rolling speed through the corners, which in turn demands that the tires soak up a lot of lateral load. Ilott said he had tried this in FP2, the 30min session held after qualifying.

“Yeah, I was trying that in second practice which is why we were at the bottom of the times. Then at the end of the session we started to push but by then the tires had 25 laps on them so there wasn’t a lot left.

“But I got a good feel for the tire deg I can expect tomorrow and the balance shift.”

Ilott was only 0.6917sec off the fastest speed in his Q1 Group 1 segment, and less than three tenths away from being in the top six and therefore making it through to Q2.

“There are so many good drivers and cars, the field’s so tightly packed, so that’s not bad,” he said. “I know I’ve got to get up to speed and I’ve also got to get the team up to speed as well, so it’s a work in progress for all of us.

“We didn’t really get a feeling for the reds in practice, and we got caught up in drivers trying to make gaps for themselves on track. Plus, to be honest, we were out of the window setup wise at that point.

“So after that we had a long discussion to turn the car around a bit and the car was a lot more in the window, but we missed out on a lap in qualifying and you don’t get many laps in quali. But the car at least felt much better.”

Regarding his prospects for the race, he said: “I don’t think we’re quick, but it’s important to get the laps in, make sure we finish, and then we can all sit down and discuss what we can do to the car afterwards to make it faster for the next two races.

“On a short, tough track like Portland, every little bit counts and with a team that’s restarting [in IndyCar terms] after two years away, we’re still ironing things out. Every time I pit, there’s two or three things that we need to address, and we need to change.

“And we’re a one-man band. It’s not like I can compare my feedback or data to anyone else.”

On that point, Ilott said that the prospect of flying the Juncos Hollinger banner solo – and as a rookie – in 2022 wouldn’t intimidate him.

“I wouldn’t say that’s an issue right now,” he commented. “It’s something that obviously I would heavily think about.

“On the driving side, I have no lack of confidence that I’m quick when we get it right. Of course, I’ve got to get experience but I believe in my own abilities.

“On the other hand, I have never previously pushed a team from where we are to where I hope we can be, so that will be a challenge in a series that’s totally new to me. I need to speak to Ricky [team founder Ricardo Juncos] to see if there’s things that I can bring or implement – not technically, but systematically, things I know that work from my previous efforts across the pond.

“I think it’s very important to have someone to compare to, whether that’s through a technical partnership with another team, whether that’s with Juncos Hollinger running another car. Because at the end of the day you never know exactly what your full potential is unless you have something to compare to.

“I think a technical partnership with another team would actually be the best way because then it helps the whole team, not just me as driver, to gauge where we are, how we’re doing, if we’re making progress.

“But that’s not my decision. That’s for Ricardo to sort out. For my part, I just have to do what I can in the car and out of the car when I’m giving feedback.”

Asked about his prospects for 2022, he said: “I really want to see where we are at the end of these three races, when I’m more familiar with the car, when we’ve ironed out any technical bugs with the car.

“Because I believe there was easily potential to be mid-pack in qualifying yesterday, and I think that’s a good start with a brand new team. It gives me a lot of hope for what we can achieve together at Laguna Seca and Long Beach, and then that will give me a lot better idea of what to do in 2022.” 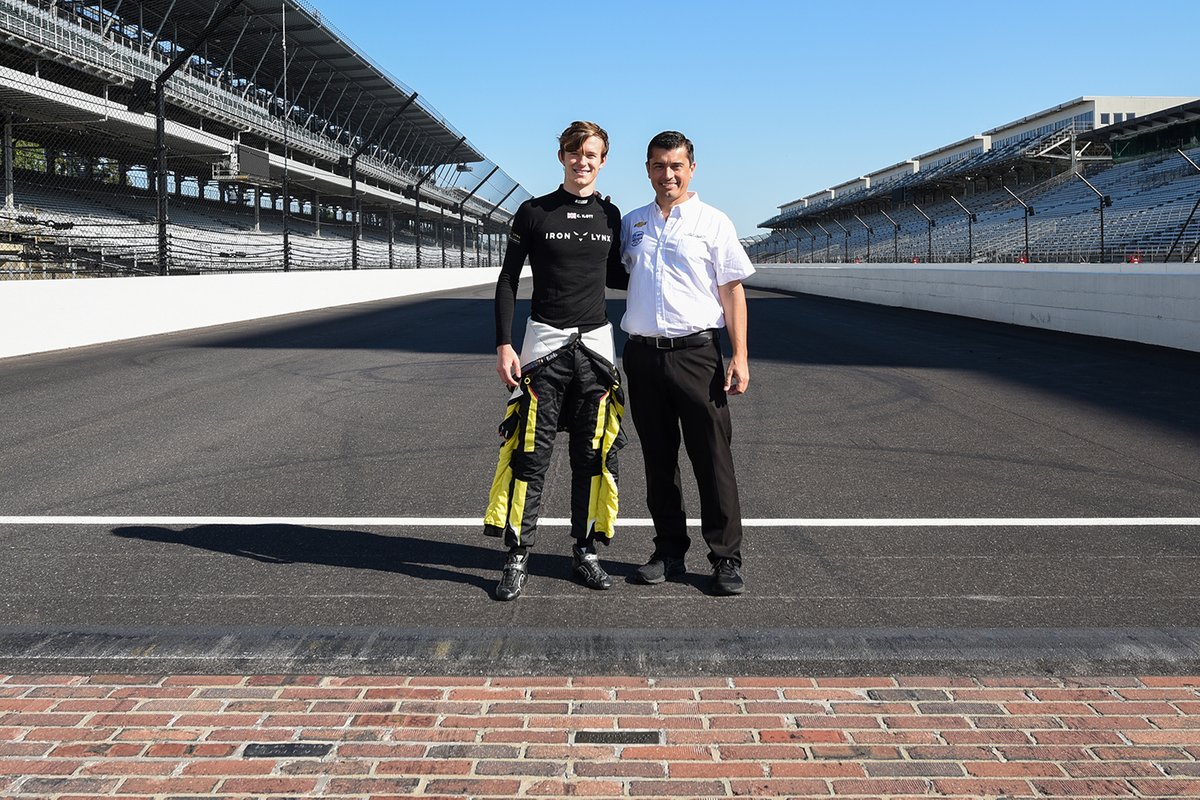