Although Hulkenberg ended the day slowest of the five entries on track at Barber Motorsports Park, Kiel said that his adaptation to the demands of an IndyCar were impressive.

“For one thing, it was a tough thing to do to turn 108 laps today as Nico did,” Kiel told Motorsport.com. “I think it was a testament to his training regimen because he’s been out of an open-wheel car for some time and to hop in here is certainly a challenge.

“But it’s a challenge he accepted and he did a really good job, everything we asked him to do and didn’t put a wheel wrong all day. So a good day. We just went step by step through our program and he was a pleasure to work with.

“All the feedback I got from him throughout the day and listening to him on the intercom and the debriefs, he enjoyed the car, enjoyed the style of driving and how physical it is.

“On the flipside, the physicality of it was also probably a bit shocking to him at the beginning and probably led to some inconsistencies at the end of the day. It’s 74 even when we were packing up, it was at a high of 80 when the sun was on the track, and at the start of the day it was only 65, so he got to experience lots of different track conditions.

“It actually gave me flashbacks to the beginning of the aeroscreen era last year. At first he was saying, ‘Man, it’s so hot. How do we move some air in here?’ And we were like, ‘We are! This is the spec we’ve raced this year. He was like, ‘You’re kidding me?!’ “But he was fine, he acclimated to it and we got through it. There weren’t any issues, any overheating. And bear in mind this circuit in particular is one of the toughest we race at during the year, so I give him a ton of credit to hop in and do what he did.”

Pato O’Ward, who attended the U.S. Grand Prix with the McLaren Formula 1 team, after getting his seat fitting in the UK for his F1 test in Abu Dhabi, flew up to Birmingham, AL. with Hulkenberg and attended the first half of the test to help him through the early learning stages.

Said Kiel: “It’s funny when you get a guy like Nico in one of your racecars – raced internationally at a very high level for a very long time – and you’re still having to walk him through the basics of our style of pitstop, how to drive the thing, the controls, and so on . But with someone like him, you only need to explain it once and he memorizes it and gets on with it, which is what you expect from a driver of his caliber.

“Nico got to experience in-laps on worn tires, out-laps on cold tires, quali sims, long runs, full tanks, low tanks… We went through the whole deal, so it was about him understanding what these cars are like to drive, understanding us as a team, and the general vibe of the series. And it gave us a chance to understand Nico as a driver.

“I wasn’t even looking at the laptimes because everyone’s running their own program so you can’t ever make direct comparisons. I was focusing on his interaction with the team, the feedback that he was giving, his reactions to some of the changes we were making to the car. All that was at a very high level, as you’d expect.”

Asked if he expected Arrow McLaren SP to be granted another evaluation day with Hulkenberg during the offseason, Kiel responded, “I doubt it, honestly. The IndyCar model is get the guy in the car, acclimate yourself with him, and make a decision. And I think that’s probably fair.

“To ask for another day, I think we’d need to be taking him to an oval and whet his appetite at a Texas or Gateway. I think we now know what type of driver Nico is, what type of talent he has. And honestly, for us, we didn’t need a whole day to realize, ‘OK, this guy is good!’ Ultimately, the day is what we said it was beforehand – a chance for him to learn about IndyCar. He’ll now have a lot to think about, a lot to digest, and we’ll go from there.”

Arrow McLaren SP has stressed that it is highly unlikely to start the 2022 season with three cars, but may run three later in the season, ahead of a three-prong attack the following year. Kiel emphasized that point today.

“We’ve got to make some decisions here soon-ish,” he said, “but the luxury we have is that we haven’t planned on a fulltime entry until 2023.

“So now we’ve got some time to evaluate personnel for that third car, and we’ve got a lot of driver interest, too. It’s just up to us to put all the pieces together in a way that makes our team stronger for having three cars come 2023.”

Hulkenberg himself commented: “First time in an Indy car, first time at Barber Motorsports Park and overall I think it was a good and successful day.

"I definitely can confirm that these steering monsters are very physical cars and it took a while in the morning to feel comfortable, but in the afternoon the lap times and the performance started to come in and it was great fun.

"Big thanks to Arrow McLaren SP for this opportunity today and their very professional work on track.” 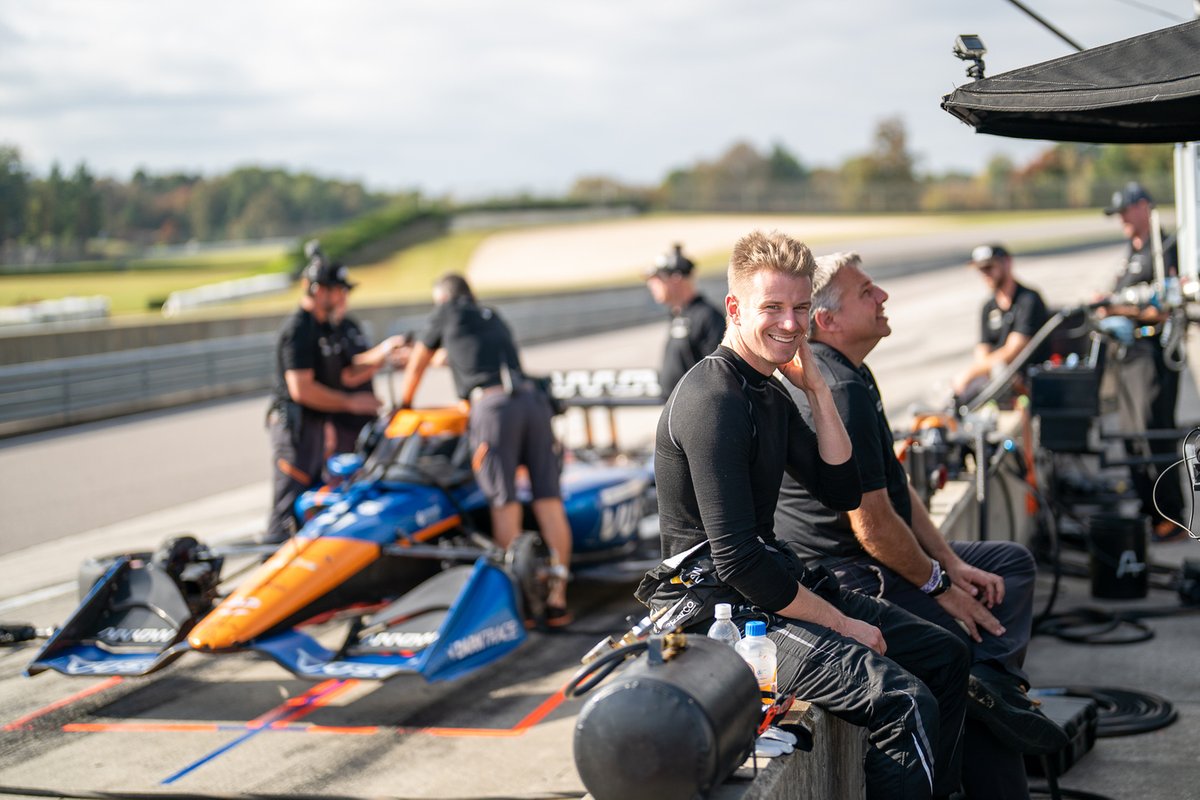 Magnussen on Hulkenberg partnership Magnussen: No pressure to be best pals with Hulkenberg at Haas