Huertas among four rookies in opening race at St. Pete 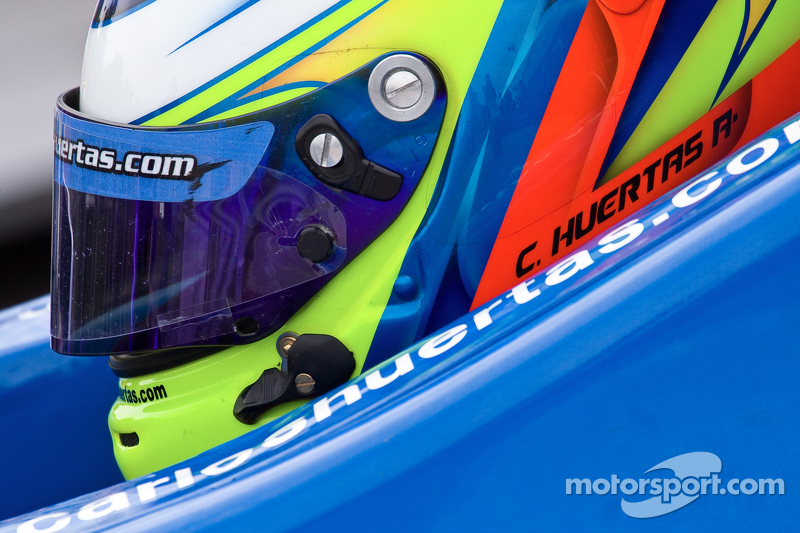 "We'll see how Friday goes," said Carlos Huertas, who was confirmed March 27 as driver of the No. 18 Dale Coyne Racing car for the Firestone Grand Prix of St. Petersburg.

Huertas, 22, of Colombia, tested at Sebring International Raceway in January and February for Panther Racing as he was seeking to break into the Verizon IndyCar Series season after competing in Formula Renault 3.5 last year.

Two practice sessions are scheduled for March 28 on the 1.8-mile, 14-turn temporary street circuit, with a third preceding the three rounds of qualifications March 29 for the 110-lap race March 30 (3 p.m. ET on ABC). 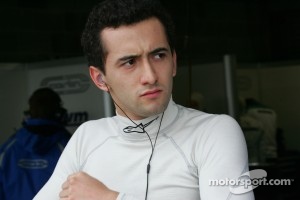 "It's not ideal; it would have been better to do the (Open) test, but the good thing is nobody has tested here," Huertas said.

Justin Wilson, driving the companion No. 19 Honda-powered Dale Coyne Racing car, was briefing Huertas at the venue. Wilson, entering his third consecutive season with the team and fourth overall, placed sixth in the 2013 championship standings.

"That was one of the main reasons we wanted to come here because he's really fast and good on road courses and ovals," Huertas said. "We need somebody to push me along and I'll listen to all he has to say."

Huertas, who competed in the British Formula Three Championship in 2009-11, is among four drivers who will compete for the first time on the streets of St. Petersburg in the Verizon IndyCar Series. Jack Hawksworth, who has won in Pro Mazda and Indy Lights the past two years at St. Petersburg, will drive the No. 98 Bryan Herta Autosport car. Mikhail Aleshin, the first Russian to compete in the series, will drive the No. 7 SMP Racing car, while Carlos Munoz will be behind the wheel of the No. 34 entry for Andretti Autosport.

"Coming into the race weekend, we have had a couple of solid tests and I think we should be in pretty good shape to start the season," said Hawksworth, who lived in St. Petersburg during his 2012 Pro Mazda championship-winning season. "The track is quite short, low grip but still technical. We'll have to work hard and execute a clean weekend, but if we can do this then we'll be in with a shout."

The team announced that Charter Media will be an associate sponsor through the season and primary sponsor for the opening race.

Franchitti, Forsythe, Kalkhoven to be inducted into Long Beach Motorsports Walk of Fame

Dixon hopes to cement his place in Indy car history