HPD's Eriksen: Aero kits will 'generate quite a bit of interest' 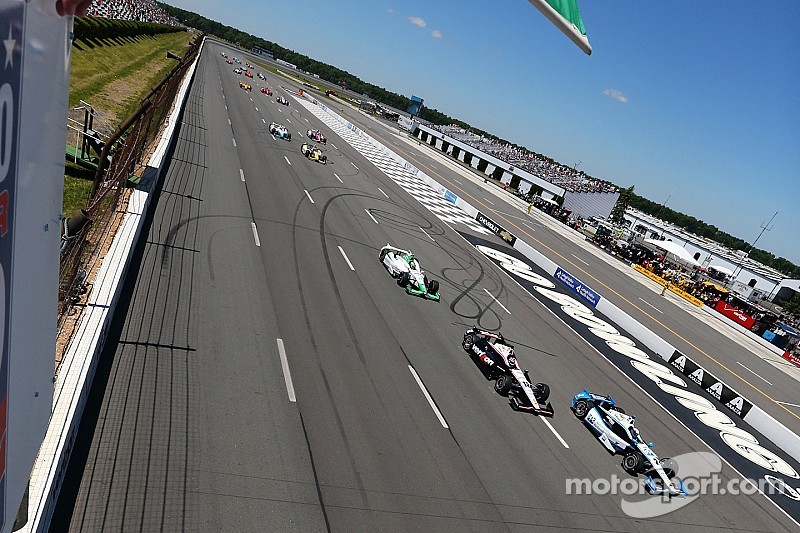 The full aero kits will debut at the Firestone Grand Prix of St. Petersburg on March 27-29, 2015.

"INDYCAR has defined some boxes, and you have to work within the boxes. But, apart from that, it's pretty open," Eriksen said. "It's so open on the rules that you're going to see quite a bit of variation I think between the cars, the details particularly.

"I think you'll end up in sort of like a sports car situation where people are going to be looking at all the little details on the car, and it's going to generate quite a bit of interest."

As part of its long-range focus on innovation and competition, INDYCAR announced in June 2013 that aero kits would be introduced in 2015 and include separate specifications for speedways and road/street courses and short ovals. Chevrolet and Honda Performance Development, along with its project partners, will supply aero kits to their designated entrants for the 2015 Verizon IndyCar Series season.

The full aero kits will debut at the Firestone Grand Prix of St. Petersburg on March 27-29.

The manufacturer testing window for up to six on-track days opens Oct. 6 and closes Jan. 18, 2015. Verizon IndyCar Series teams will take delivery of the street/road course aero kit March 1, with on-track and wind tunnel testing scheduled to open March 13 depending on the racing schedule. The speedway aero kit will follow.

"Just as we've done in INDYCAR aero development years ago, just as we do on the sports car side, the bulk of the development is done in the digital domain," Eriksen said. "Then we have had a series of wind tunnel tests to verify that the correlation between the virtual world and the real world is where we need it to be. We've done quite a bit of that testing.

That so far has shown very good correlation, so we believe that the projected performance targets that we're seeing are going to be met in the real world."

Beginning with 2016, additional engine manufacturers and/or third party vendors will be eligible to be an INDYCAR-approved supplier. Correspondingly, Chevrolet and Honda will be permitted to re-homologate three of the identified boxes.

"Basically if you look at the regulations, there's a series of boxes," Eriksen said. "The boxes surround certain sections of the car. You might have a side pod box, you might have a front wing box, a rear wing box, engine cover box, etc. In 2016, you're allowed to do three boxes, take three of those boxes, and revise them further. If the rules stay the same as they are now, you'll see a 2015 car, then you'll see an updated 2016 car.

"As long as a team stays with the same manufacturer, the base components would stay the same. Then just those three boxes, whatever you chose to update, you'd buy those new parts."

According to regulations, Chevrolet and Honda are to offer two aero kits to each of their entrants at no more than $75,000 per complete kit (excluding fasteners for all circuits). Each entrant is eligible to purchase two kits of the re-homologated components for 2016 at a cost not exceeding $15,000.

Eriksen said early tracking of the performance level indicates it will be impressive.

"It's the same as what we do on our engine program. We go through and set a performance target that we expect to achieve. We monitor, just as on the engine program, our progress towards that target over time. Based on that, you can impute an expected performance. We're doing the same thing with the aero kit. We do a tracker of the performance of the aero kit. You can watch over time as it approaches our target.

"At this point it looks like we've got the likelihood of reaching the target we set. It's going to be a pretty impressive performance."