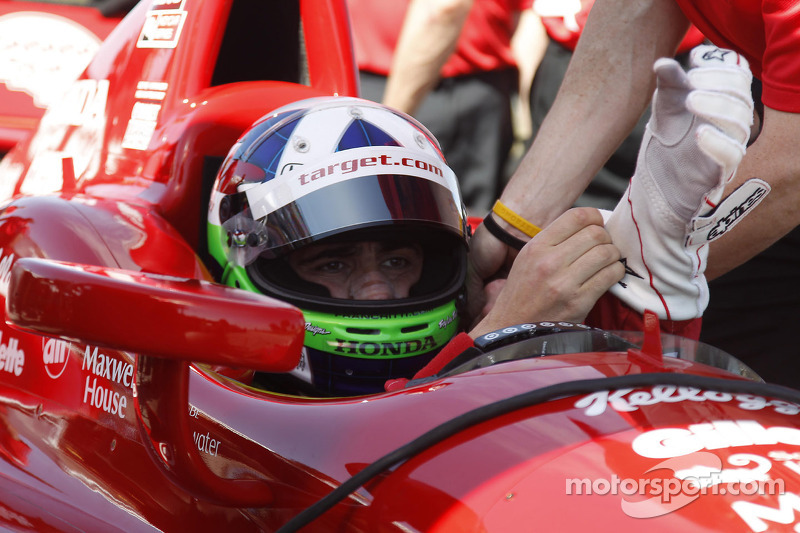 Honda has a total of 196 race victories in open-wheel racing, 65 in Championship Auto Racing Team (CART) competition and 131 in IndyCar.

TORRANCE, Calif. – Seven teams and a dozen full-time entries will lead the Honda effort as the 2013 IZOD IndyCar Series opens Sunday with the Honda Grand Prix of St. Petersburg. 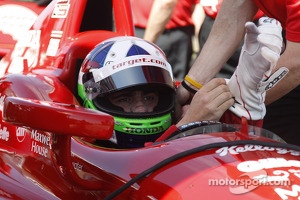 Honda’s expanded 2013 IndyCar lineup has combined for four Indianapolis 500 victories, six IndyCar drivers’ championships and 68 – over one third – of Honda’s 196 IndyCar race victories, as the manufacturer closes in on its milestone 200th win since entering open-wheel competition in 1994.

All of Franchitti’s IndyCar successes have come with Honda power, making him the manufacturer’s most decorated driver in North American open-wheel racing.

Franchitti is partnered at Target Chip Ganassi by two-time series champion Scott Dixon, who also includes an Indianapolis 500 victory (2008) among in his 29 race wins, all but five of them scored with Honda power.

Dixon’s series championships came in 2003 and ’08. He and Franchitti are the only active drivers with multiple IndyCar titles to their names.

The three-car Ganassi lineup is rounded out by the Novo Nordisk Chip Ganassi Racing Honda of Charlie Kimball, who returns for his third season with the team and Honda power after a career-high second-place finish at the Honda Indy Toronto in 2012.

Simon Pagenaud, the 2012 IndyCar Rookie of the Year, returns to lead an expanded two-car effort from Sam Schmidt Motorsports.

Pagenaud will be partnered by fellow French driver Tristan Vautier, who graduates to IndyCar competition after claiming the Indy Lights championship last year with the Schmidt organization.

The younger Rahal was just 19 when he won his IndyCar series debut at the 2008 Honda Grand Prix of St. Petersburg. James Jakes will undertake his third year of IndyCar competition driving the second RLLR entry.

Mike Conway, the 2011 Grand Prix of Long Beach winner, will join the team in a third entry at Long Beach and selected other events.

With seven career IndyCar victories to his name – including the 2012 race at Texas Motor Speedway – veteran Justin Wilson returns to Dale Coyne Racing.

The second Coyne entry will be shared by both Brazilian veteran Ana Beatriz, who will start the season at St. Petersburg, and by Justin’s younger brother, Indy Lights graduate Stefan Wilson, who will launch his IndyCar rookie season at select road-course and street-circuit events.

Takuma Sato, who battled Franchitti in a thrilling finish to the 2012 Indianapolis 500, continues with Honda for a fifth season of IndyCar racing, but moves to the A.J. Foyt team, as the two-time pole winner seeks his first IndyCar race win.

All will utilize the all-new Honda Indy V6 engine, which is designed, manufactured, developed and maintained by HPD. Designated the HI13RT, the turbocharged, direct-injected engine is a development of the power plant that made its racing debut in 2012.

“We’ve been encouraged by the performance of the new Honda Indy V-6 and the improvements we’ve made during the off-season,” said Roger Griffiths, HPD Technical Director.

“We believe we have a great lineup of teams and drivers, including a good balance of both proven champions, race winners, and promising new stars.

We’re looking forward to the start of the 2013 season on the streets of St. Petersburg, and taking on the challenge presented by Chevrolet in the battle for the Manufacturers’ Championship.”

An extensive fleet of Honda pace cars, safety cars and support vehicles are used in the 2013 IZOD IndyCar Series, led by a new 2013 Honda Accord Coupe, which will lead the field to the green flag at St. Petersburg and throughout the season, driven by three-time Indianapolis 500 champion Johnny Rutherford.

The 278-horsepower, 3.5-liter Honda Accord Coupe was transformed by HPD into an official IZOD IndyCar Series Safety Car to join and complement the existing IndyCar series fleet.

An exclusive graphics theme completed the conversion from a showroom Accord Coupe to an IZOD IndyCar Series Safety Car.

“With its larger and more powerful 3.5-liter engine, featuring enhancements provided by HPD, it is perfectly suited to lead the IZOD IndyCar Series field.”

Honda has been a fixture in North American open-wheel racing since 1994, and has played an active role in the growth of the IZOD IndyCar Series – as both a Manufacturers' Championship competitor and single engine supplier – since joining the series in 2003.

The company scored its first Indianapolis 500 victory in 2004 with Buddy Rice; Manufacturers' Championships in 2004 and '05; and became engine supplier to the entire IZOD IndyCar Series in 2006.

Honda supplied racing engines to the full, 33-car Indianapolis 500 field every year from 2006-2011, and for a record-six consecutive years -- and the only six times in event history – the ‘500’ ran without a single engine failure.

The 2012 Indianapolis 500, won by Dario Franchitti, was Honda’s ninth consecutive “500” triumph – both against competition from other manufacturers and as sole engine supplier.

Honda has a total of 196 race victories in open-wheel racing, 65 in Championship Auto Racing Team (CART) competition and 131 in IndyCar.

Founded in 1993, HPD is the technical operations center for high-performance Honda racing cars and engines and competes at race circuits around the world from its headquarters in Santa Clarita, California.

In addition to its efforts in Indy car racing, HPD spearheaded championship-winning efforts in the 2009-2012 American Le Mans Series, and in the LMP2 category at the 24 Hours of Le Mans in both 2010 and 2012.

HPD offers a line of race engines for track applications from prototype sports cars to karting; for professional, amateur and entry-level efforts.