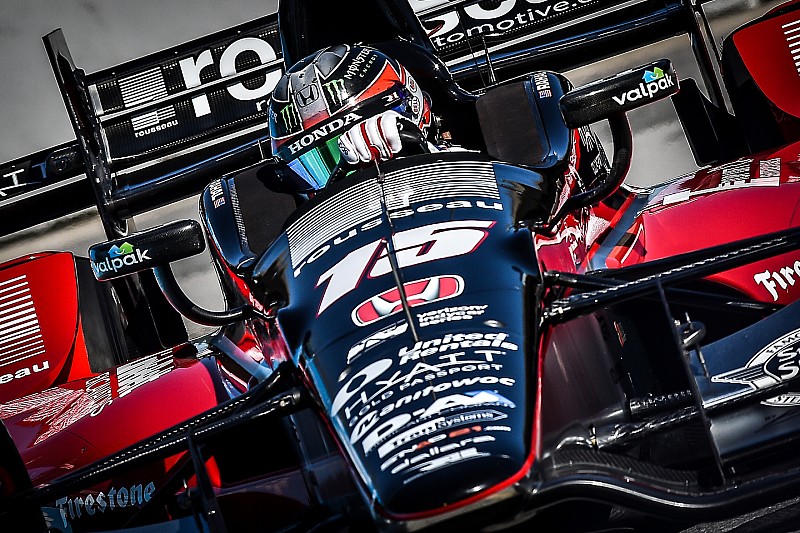 Honda Performance Development’s president, Art St. Cyr says that IndyCar reverting to a common aero package in 2018 is better for Honda but also, more importantly, better for the series as a whole.

Since manufacturer-designed aerokits were introduced for the start of the 2015 season, Honda has beaten Chevrolet to victory in just 25 percent of the races, while in the three seasons before that – since the 2.2-liter twin-turbo V6s were introduced – HPD’s winning average was 37 percent. In addition, HPD powered the 2013 champion (Scott Dixon) to the drivers' championship.

But St. Cyr insists that it is for IndyCar’s sake, not HPD's, that he’s most relieved that next year will mark the third and final season in which Chevrolet and Honda cars will run different aero packages.

He told Motorsport.com: “We have spent a lot of money on aerokits, and the purpose of them originally was to draw in more fans with technical intrigue. The data has shown that they've not really achieved that. So is that the best way for these teams to be spending this money?

“With that in mind, it makes more strategic sense for the series to go back to a common aerokit. It puts the teams in a better financial situation, the series has a chance to change the look of the cars and to adjust them to make them race better. And we can focus on making sure that when a car crashes, there aren’t so many pieces going everywhere so there are fewer extended clean-up periods.

“In other words, we can focus on areas that make the product better.”

Last winter there was some outrage on behalf of Chevrolet when IndyCar, under Rule 9.3, allowed HPD to make more changes to its road/street/short-oval kits to help bring the Honda kit closer in performance to that of Chevrolet. Ironically, Honda’s biggest improvements this year came in superspeedway trim, where it was permitted to work only within the same number of design “boxes” as Chevy. HPD-powered cars took pole and victory at both Indianapolis and Texas, and pole at Pocono.

However, those Indy 500 and Firestone 600 victories were the only wins for Honda in 2016, despite its drivers, teams – and even some Chevy-powered drivers – saying there appeared to be little or no deficit in the power or torque of Honda's engine.

Naturally, therefore, St. Cyr admitted that reverting to a common aerokit will play to HPD’s strengths.

He said: “Honestly, it wasn’t one of our strong requests to do this… but we have historically been in the business of race engines. Of course we do chassis stuff as well but the idea of the series turning back into an engine-led formula is attractive to us.

“It doesn’t begin and end with supply. There’s a lot of co-operative work that goes on to make sure we maximize the performance of the whole package. It’s engine, it’s chassis, it’s team, it’s driver – it’s all those things, and how they all work together.”

Expecting to be stronger in 2017

With IndyCar imposing an aero freeze in the final season of the aerokits, it might be assumed that HPD would look ahead with some sense of foreboding at another year where superspeedways would provide its only chance to shine.

However, St. Cyr said this is not the case, and that he expects HPD teams will be stronger, given their experience with the kits.

“Obviously the results this year weren’t as successful as we had hoped,” he said, “but much like in 2015, in 2016 we had a bunch of teams racing with a brand new aerokit. So just like last year, we were much more successful toward the end of the year than at the start, and I attribute that to the teams understanding what they can get out of the aerokit and how best to optimize the kit for the different tracks.

“So actually I think with the aero freeze, we will come out of the box stronger in 2017 because we’ll have a full year under our belts. And we’ll work in the off-season to try to look at what happened throughout last year and improve on it.”

Commenting on the absence of road/streetcourse wins this year, St. Cyr added: “The results of the races didn’t really show our speed, to be fair. Graham Rahal was in front with four laps to go at Barber. Mikhail Aleshin had that collision in the pits while leading at Mid-Ohio.

“Those types of races showed unfulfilled potential and so we need to work on extracting every bit that we can.”

That will not, however, extend to HPD attempting to pool all the Honda teams’ data from 2016 to raise their collective performance in ’17.

“No; as a manufacturer it’s not our job to spread intelligence from one team to another,” said St. Cyr. “With that being said, of course we will work with our teams, with the tools that we have, to try and better understand how their cars are being set up and run. We’re here to give advice to try and get the most out of the cars on any given week.

“There’s an off-season that will give us a chance to look at any technical areas, for us to work together with all our teams and come out of the box much stronger next season.”

“If Newgarden joins Penske and Ganassi switches to Honda…”