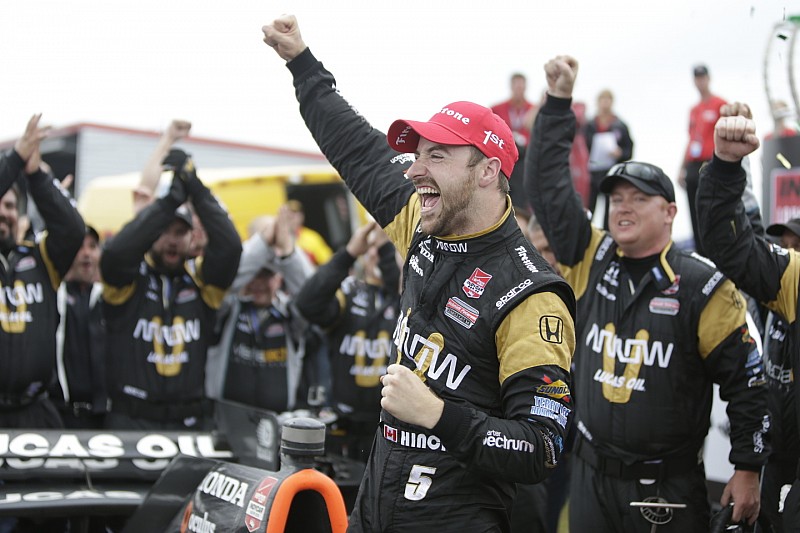 James Hinchcliffe survived the carnage and had just enough fuel to make it to the line Sunday.

James Hinchcliffe has earned his first win since June of 2013, taking the checkered flag in the inaugural NOLA event. The wet race was shortened by time constraints and featured multiple accidents.

47 laps were completed before the race was ended under caution, after a controversial three-car wreck that took out Simon Pagenaud, Ryan-Hunter Reay, and Sebastien Bourdais.

RHR and Pagenaud did not see eye-to-eye after the collision.

Sound-off: Drivers involved give their take on race-ending crash