Hinchcliffe “took a beating” but thoughts are with Wickens 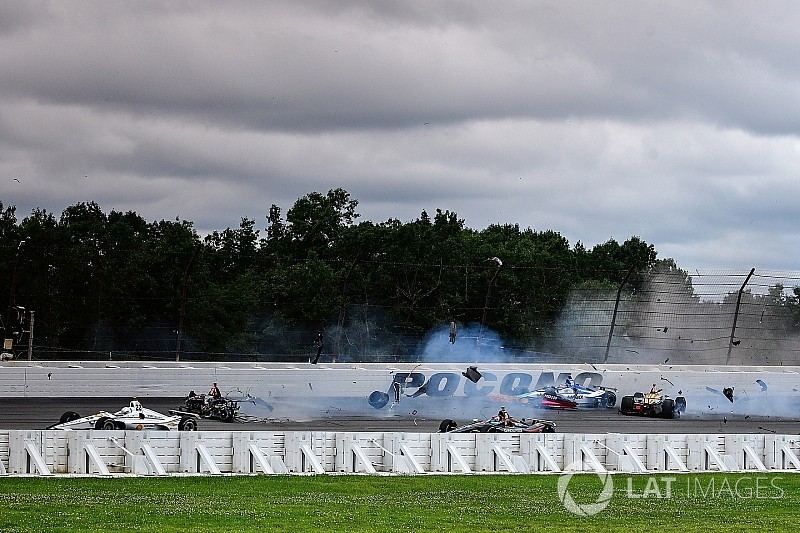 James Hinchcliffe is suffering cuts and bruises after getting embroiled in Robert Wickens’ shunt at Pocono, but said his thoughts are currently with his hospitalized teammate.

There has been no official word on Wickens’ current state following his 210mph shunt on the first green lap of Sunday’s, save that the Canadian rookie has “orthopedic injuries”.

Series veteran and Schmidt Peterson Motorsports teammate Hinchcliffe, however, has been cleared to drive, despite debris from the shunt striking his hands as he spun to avoid the stricken SPM car and Ryan Hunter-Reay’s crashed Andretti Autosport machine.

Said Hinchcliffe: “I saw the accident happening in front of me. [Zach] Veach started sliding up, I tried to slow down and just kind of lost it in the fray. As I was going backwards, I think Pietro [Fittipaldi] had nowhere to go and came into me.

“Other than that, there was a bunch of stuff going on, I’m not sure exactly what happened. I took my hands off the wheel when I went backwards, and I think some piece of debris came in as I was holding [my hands] in – kinda just smacked the top of them.

“So I took of bit of beating, but nothing is broken, just some swelling and some cuts. We’ll rest it up and be fine.

“Obviously, I’m just hoping Robbie [Wickens] is alright. Never good to see a car go up into the fence like that, but I know he is in good hands. Hopefully we’ll see him back in a car soon.”

For his part, Fittipaldi explained: "I'm obviously a little sore from the impact but I'm 100 percent, no broken bones, thankfully. I was in the middle of the corner behind Ed [Jones], it was full of smoke and all I saw was that I was going to hit Hinchcliffe head on, so I had to slam on the brakes and try to get low.

"When I did that, I think with the debris on track, the fluid, and the cold tires, I just lost the rear of the car and then hit him sideways.

"There are three races left, so I am going to try and get some good results to finish off the season. I'm looking forward to Gateway." 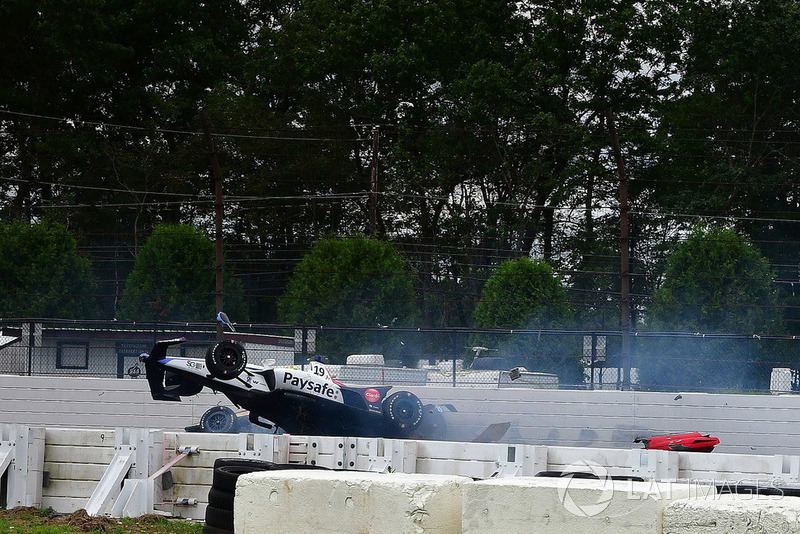