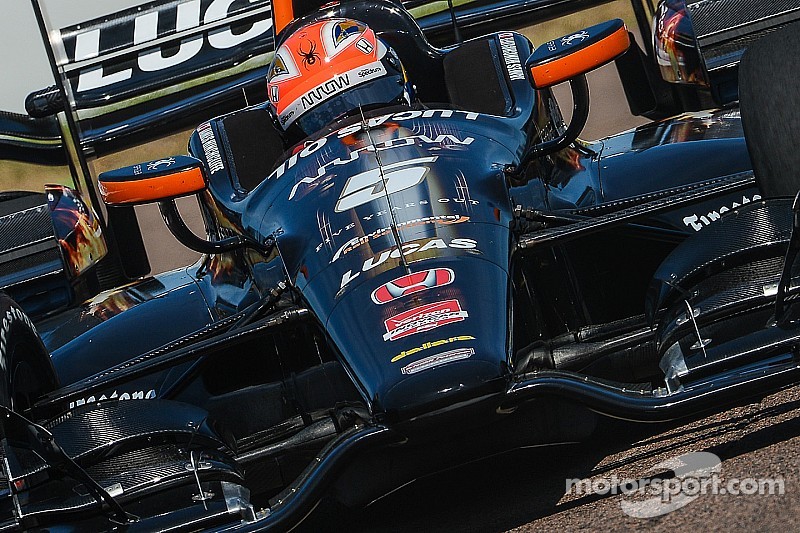 Motorsport.com spoke with James Hinchcliffe about his new home.

Switching teams can be a major headache for any driver, but sometimes the move can be a positive step for a driver, despite strength in numbers decreasing.

Such a move occurred for James Hinchcliffe as the Canadian switched from Andretti Autosport to Schmidt Peterson Motorsports, but the biggest change was going from three teammates to just one. It doesn’t seem to faze Hinchcliffe too much, however.

“The two car approach is kind of the most traditional one in racing, that’s really what I think works best. Obviously these big teams are making it work, Penske’s doing a great job, Andretti’s run four cars successfully in the past, and now Ganassi’s as well, but there are times where four cars’ worth of information is an awful lot to go through and it’s really easy to confuse yourself and almost over engineer it and overthink it, so I don’t mind the two car setup necessarily,” Hinchcliffe explained to Motorsport.com.

His teammate this year is James Jakes, which might seem like a downgrade considering that in 2014, his teammates were three Indy 500 rookie of the year winners, two of them with second place finishes in their rookie season and the other winning the 500 in 2014. However, Hinchcliffe seems to like having Jakes on the team.

“I came into the series exact same time as James [Jakes] did, and in 2013 when he moved to Rahal I was super impressed, switching from Coyne, I saw a lot of potential, a lot of speed out of him, and I was actually really excited to see what he was going to do in ’14, unfortunately it didn’t come together for him,” Hinchcliffe said.

It’s been a struggle. I don’t know if it’s the track or car or what but it was not a great feel out there to be honest.

The loss of strength in numbers might have helped Hinchcliffe as his lap time from Friday practice was seventh fastest overall behind the top five Chevrolet runners and Jack Hawksworth in sixth as the top Honda runner, but Chevrolet had nine of the top 11 positions locked up.

“It’s been a struggle. I don’t know if it’s the track or car or what but it was not a great feel out there to be honest. [We had a] couple of different problems and trying to solve one of them was just going to make the other one worse so you were kind of sitting there scratching your head, not really knowing what direction to go,” Hinchcliffe told Motorsport.com.

Despite the struggle, Hinch is upbeat about his prospects for the race weekend.

“I don’t think it’s all doom and gloom by any stretch, but if anything I hope that the Penske guys and the Ganassi guys have great cars and felt awesome because we didn’t and the gap’s not that big, so if we get our car feeling well, we’re going to be right there,” Hinchcliffe said.

As for whether the move was an upgrade or not, Hinchcliffe was open about how both teams were quite similar despite having different operating philosophies.

“I think it’s a lateral [move], it’s different. Every team has their own way of doing things. If you look from a results point of view, they’re very similar in championship position the last couple of seasons, similar amount of wins, things like that, so you could argue in a sense it’s a lateral move but it’s a change of environment, a change of philosophy I guess you could say and so far it’s been great,” Hinchcliffe said.