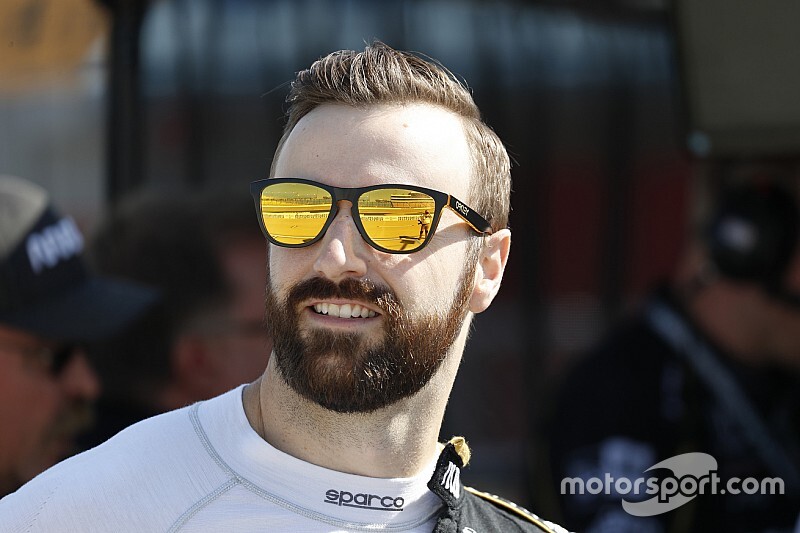 James Hinchcliffe will pilot a sixth Andretti Autosport-Honda in at least three rounds of the NTT IndyCar Series this season, including the 104th running of the Indianapolis 500.

The 33-year-old Canadian, who was suddenly let go by the Arrow McLaren SP team last October, will drive the #29 Genesys-sponsored Andretti Autosport in the GMR Grand Prix of Indianapolis on the IMS road course, the Indy 500 and the Texas 600 at Texas Motor Speedway.

Hinchcliffe drove for Michael Andretti’s team from 2012 through ’14, scoring three wins in 2013. From this May, he will be working again with two of his former AA colleagues, Ryan Hunter-Reay and Marco Andretti, while teaming up with Alexander Rossi, Zach Veach and Colton Herta for the first time.

Genesys, an Indianapolis-based “provider of cloud customer experience and contact center technologies”, committed in January to sponsor Hinchcliffe, with an eye particularly on the Indy 500, in which James has endured a star-crossed nine attempts.

In 2012 and ’14, he started on the front row for Andretti, and steered his Schmidt Peterson car to pole position in 2016. In 2015, however, he suffered a life-threatening crash at the Speedway that put him out of action for the rest of the season, while in 2018 he failed to qualify.

Hinchcliffe’s most recent of six career IndyCar wins came at Iowa Speedway in 2018.

He said: “Honestly, it’s so nice being able to announce some more good news.

“It’s no secret that the 2020 season isn’t going to be exactly what we were expecting, but being able to start the new year with the announcement that Genesys was stepping in to save our season and partner with us was awesome, and now adding the next big piece in my reunion with Andretti Autosport just really makes it feel like the momentum is going our way.

“I can’t wait to work with this group again and to get back behind the wheel of an IndyCar!”

Andretti said: “We’re really pleased to be able to welcome James back into the Andretti team. He has, for sure, been knocked down a few times by this sport and to be able to help him meet the challenge is really special.

“We had a lot of fun, and some great successes with James when he was part of the team before, and we’re really looking forward to picking up where we left off.

“I’d also like to welcome Genesys to the Andretti family for their first experience in IndyCar racing.

“We now have three, major Indiana-based companies in our portfolio, along with several other brands that call Indianapolis home. It’s special to see these companies supporting Indiana’s home sport of IndyCar racing, and we’re proud to carry them each with us.

“We are looking forward to working with James and the Genesys team to deliver both on and off-track success.”

Genesys CEO Tony Bates, who will see Hinchcliffe's #29 AA-Honda run in his company's orange, white and charcoal colors, explained: “We saw tremendous potential in James from the beginning – and now, with the power of Andretti Autosport behind him, it’s going to be an incredible ride.

“Our successes at Genesys are possible because of our team’s skills and the innovative technology that’s behind the many positive experiences consumers have with businesses. Success on the track requires the same winning combination.

“Between Andretti Autosport’s storied history and James’ talent behind the wheel, we couldn’t ask for a better way to kick off our inaugural presence in IndyCar.”

Although Michael Andretti infamously never won the Indy 500 despite consistently strong form at the Speedway, he has been one of the most successful team owners in IndyCar’s iconic event in recent years. As Andretti Green Racing, the team won with Dan Wheldon and Dario Franchitti in 2005 and ’07 respectively. Since then, Andretti Autosport has won with Hunter-Reay (2014), Rossi (2016) and Takuma Sato (2017).