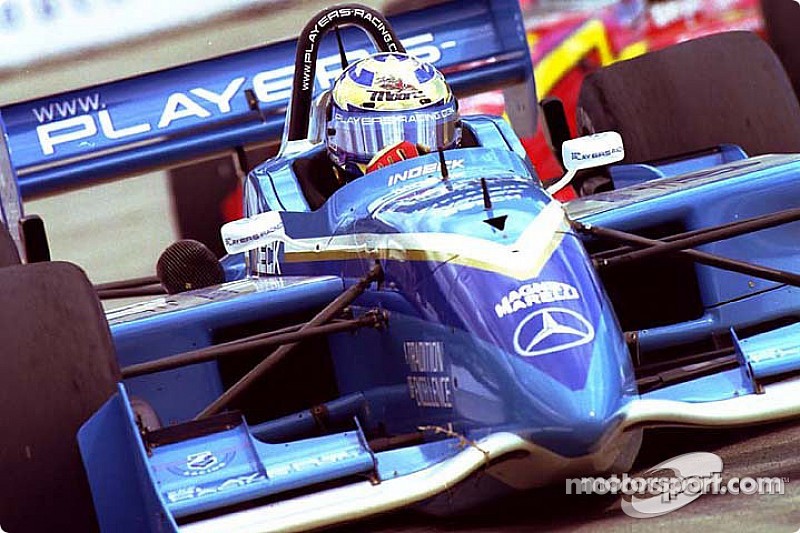 Today marks the 15th anniversary of the late Greg Moore’s death. A rising superstar in American open-wheel racing who captivated millions with his outgoing personality and on-track grit. This day does not go unnoticed by fellow Canadian James Hinchcliffe. The newly signed Schmidt Peterson Motorsports driver reflected on Moore as he talked about his childhood hero.

The following is a Q&A with James Hinchcliffe, regarding the late Greg Moore, a fellow Canadian.

What was it about Greg Moore that led you to be a fan of his growing up?

“It was a few things, really. First off was obviously the Canadian connection. Then, once I started paying attention the talent was incredible. But beyond, what really separated him for me was his personality. He was so humble, so gracious, so excited to be doing what he was doing. You could tell he loved, and also appreciated, every minute of his job. I was a kid and I could pick that out. He was very special”

Is there a particular race that comes to mind when you think of Greg Moore?

“There are two. His first win, beating out none other than Michael at Milwaukee and becoming the youngest winner at the time. The second was the US 500 win. He and the Ganassi cars were going at it so hard the last 10 laps and I was screaming at the screen the whole time. That was back in the Hanford Device days, so you had to be so smart about how and when you made your move and watching how he won that race gave me goose bumps.”

Many of the drivers around IndyCar (Dario Franchitti, Tony Kanaan, Michael Andretti, Helio Castroneves, Jimmy Vasser, etc.) had a chance to race against him, have you had a chance to listen to any great racing stories of theirs involving Greg?

“I have. Tons of them. Racing stories and other stories! Dario and Greg, and I've even had the chance to get to know Max Papis a bit and he loves chatting to me about Greg, and I love hearing it. Vasser, too. I remember after the race in Brazil one year, maybe 2012, we had hours and hours until the flight so we sat in the bar and those guys were all there telling stories about the good old days, and a lot of them starred Greg. I just sat in silence and listened. It was the best.”

You ran a light blue car at Andretti Autosport, with the No. 27, whether the light blue is coincidence or not in a sense it was like paying respects to two Canadian heroes of yours, have you ever thought of racing the No. 99 at Schmidt Peterson?

“As a Canadian I was very fortunate to get to run the 27. That number means a lot to our racing history. The car color similarities were cool, but it's not like it was a Players car! For me, the 99 stopped racing with Greg. I know that Sam ran that number when he drove and has put it on cars he has entered as an owner, but that's not for me. In my year in Star Mazda back in '05, I ran number 98, because that's as close as I will ever go to 99.”

Several great drivers came from that era (Dario, Helio, Michael, etc.), where do you think Greg would of ranked/fared in today’s IndyCar?

It was who Greg (Moore) was off track that really drew me to him. He was so human. Sometimes drivers can seem like robots, (but not him)

You've donned the Greg’s gloves at Indy, any thoughts on a helmet tribute for the 2015 Indy 500?

“Honestly, I haven't. A driver’s helmet is an immensely personal thing. It's tough for me, because there were other guys that were racing heroes of mine that I've got to meet and really get to know. Guys like Paul and Dario and Michael. I never got to know Greg, so I don't know if that's something he'd want. I tribute Greg every time I get behind the wheel with the gloves. I'll probably leave the helmet alone and leave that for him.”

Being a fan, what things did you take away from Greg as a person and as a driver that you were able to see from afar?

“Like I said before, it was who Greg was off track that really drew me to him. He was so human. Sometimes drivers or athletes in general, can seem like robots. Like aliens. Surreal. But Greg just seemed like a dude! A dude who was bad fast in an Indycar on top of it! But he always had that smile, he represented Canadians so damn well, and I think those qualities are what drew a lot of people to him.”

If there was ever a race between yourself, Paul Tracy, Greg Moore, and Jacque Villeneuve, where would the race be held and how do you think it would go?

“It would be at Goodwood Kartways in Ontario, because karting is the purest form of racing, and we all would be crying in our helmets from laughing so hard and having so much fun. PT would probably win because he'd turf the rest of us off!”

What did it mean to you to win the Greg Moore Legacy Award in 2010? For the people that don't know, what is that award itself for/ significance of it.

“That award means more to me than any other that I've received. The reason is that the award is given to the driver that exemplifies who Greg was on track AND off. It highlights all the things that I admired about the guy and so to be looked at in the same light was such an honor. It is the kind of award you don't win, you earn, and that made it extra special.”

Joey Barnes is the co-founder of Tribute Racing and a contributor to Motorsport.com

Remarks about the 2015 IndyCar Schedule

Greg Moore ... A champion on and off the race track