Hildebrand to sub for injured Newgarden

Established part-time Ed Carpenter Racing pilot JR Hildebrand will replace the injured Josef Newgarden in the #21 car at Wednesday’s Road America test, and until Newgarden is ready to return. 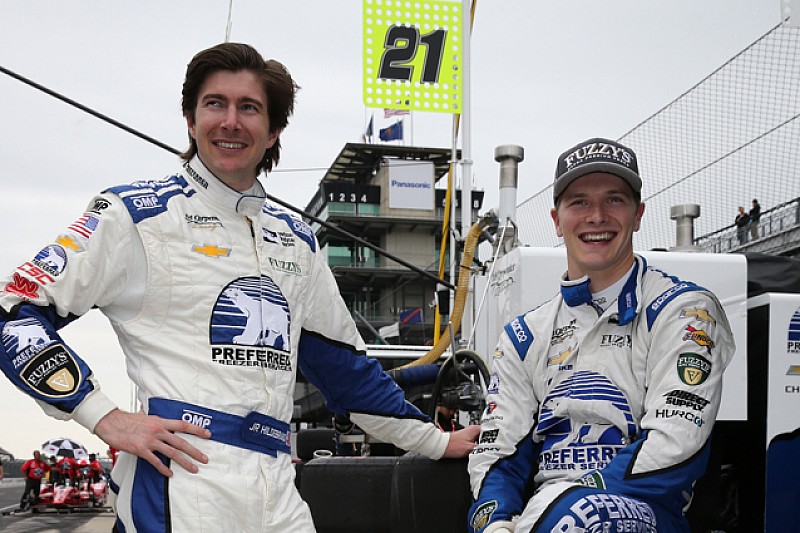 After breaking his right clavicle and fracturing his right hand in a 200mph crash at Texas Motor Speedway yesterday, Newgarden’s absence is for an as yet undefined period. However, with the 25-year-old American being in no fit state to drive an IndyCar at Road America just 72 hours after that shunt, team owner Ed Carpenter has called up Hildebrand to sub for him.

Hildebrand has raced for a third Carpenter car at the last three Indianapolis 500s (with a best finish of sixth two weeks ago) but has also campaigned the extra ECR entry at the last two Grand Prix of Indianapolis on the road course.

Carpenter told Motorsport.com: “We’re testing with JR at Road America on Wednesday and he’ll fill in for Josef until he’s ready to return.

“As of now, we’re uncertain how many races Josef will have to miss – if any at all. We’ve not had those conversations with his doctors just yet.”

Hildebrand will be the sole representative for ECR at the Road America test as it’s a Firestone tire test and only one car per team is permitted. The same applies to the Watkins Glen test next Monday.

He told Motorsport.com: "For sure my expectation is that Josef will be back and ready for action before we know it. For him and the team this is an important stretch, so my role is going to be to bridge the gap as seamlessly as possible while hopefully building on what they've already started this year.

"For me, I think it helps that I know Josef and the team quite well.... Plus Road America will be an awesome place to drive the car! So whether it's just the Wednesday test or it turns out to be more than that, I'll continue to be prepared and work closely with everyone – including Josef – to be dialed in."

The next race on the 2016 Verizon IndyCar Series schedule is at Road America on June 24-26. It’s followed three days later by a test on Iowa’s 0.875-mile oval, with the Iowa race occurring on July 10.