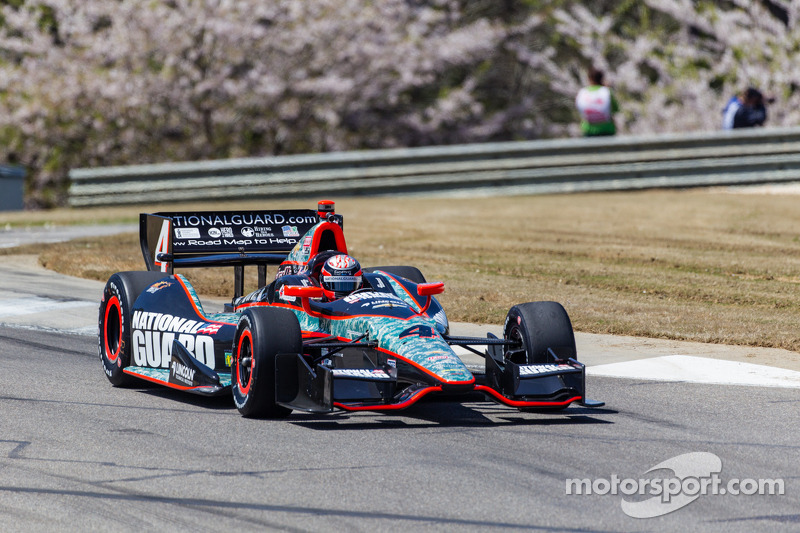 The Panther team tried several alternatestrategies throughout he day to help advance Hildebrand higher up the grid, but with only one caution period and lots of race traffic, the team could not reach a higher finishing position on the final grid. 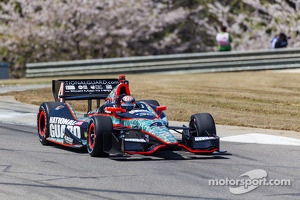 After starting 24th Hildebrand quickly advanced to 19th by Lap 14, and the team pitted early in its first stint on Lap 18 to try to gain track position. Panther climbed to 17th before its second pit stop on Lap 43, and Hildebrand battled with Andretti Autosport driver EJ Viso for a large portion of the third stint of the race.

Hildebrand again ducked into the pits early on Lap 65 for what would be thefinal stop of the race and traded positions with Tony Kanaan and Takuma Sato late in the race, and had to fight off a hard-charging Simona de Silvestro in the closing laps.

Team Chevy driver Ryan Hunter-Reay captured the race victory and was joined on the podium by Ganassi Racing’s Scott Dixon and Helio Castroneves of Team Penske.

The victory makes Chevrolet two-for-two in the early goings of the IndyCar Series season after James Hinchcliffe won the first race of the year in St. Petersburg. Chevrolet has also captured the Verizon P1 Pole Award at both events thus far this season as well.

Panther will enjoy a weekend off before traveling west for the Toyota Grand Prix of Long Beach, a race where Hildebrand captured a Top Five finish last season despite staring 20th because of a penalty for an unapproved engine change.

Hildebrand, a California native, will be making his third career start at the historic street course in the No. 4 National Guard Chevrolet.

JR Hildebrand, No. 4 National Guard Chevrolet: "I felt good all day, and the Panther team did a great job in the pits as well. But I felt like we had a couple varying scenarios that inevitably didn’t go our way.

We were definitely expecting for there to be more yellow flags as the race went on, and with it being so tough to pass, we were trying to get off-sequence with the group of cars that we were around. And early in the race we had the pace to get awayfrom a lot of those guys.

In our effort to get off-sequence it was always so close, but never ended up working for us, and that’s the frustrating part. We had to run a long stint there at the end and we lost a few positions, but we were able to fight hard to keep our spot in the last few laps and I think at the end of the day we need to continue moving forward and working with what we have to get better.