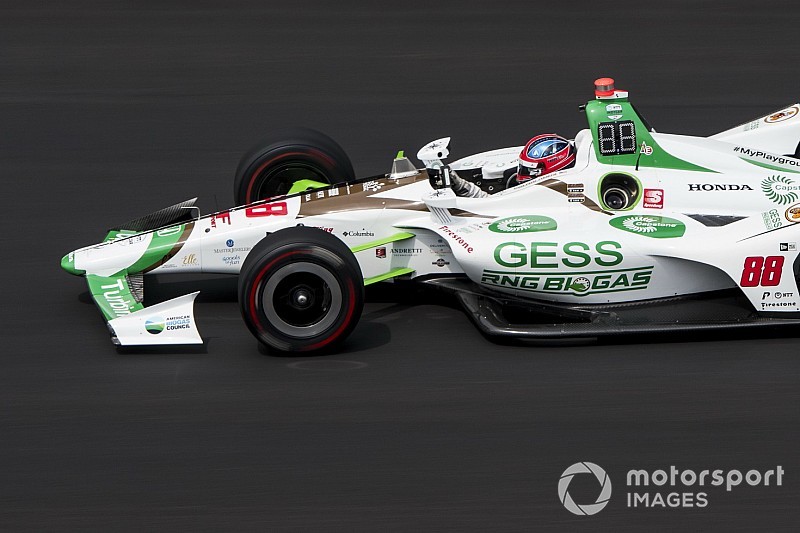 Colton Herta in the Harding Steinbrenner Racing-Honda topped the second practice session for tomorrow’s DXC Technology 600 at Texas Motor Speedway, but the no-tow laps of Scott Dixon and Alexander Rossi suggest they are prime contenders for pole position this evening.

However, Herta admitted he was aided by a tow, despite running qualifying-simulation low-drag setup, so he’s not expecting his speed to be meaningful. His fastest no-tow lap was 216.132mph, putting him 13th fastest.

However, Honda have reasons to be cheerful in that they owned the top eight speeds, with Alex Rossi (third overall) and Scott Dixon (sixth overall), the only drivers to break the 219mph barrier without drafting anyone.

Takuma Sato was third fastest, while Team Penske’s Will Power was fastest Chevy driver overall (fourth) and also in the no-tow laps (ninth, some 2.4mph slower than Dixon).

Power appeared to have a strong race setup, able to set 212mph speeds even after 35 laps on a stint. He also turned more laps than anyone else in the session.

The tire blistering problem appears to have been cured for all but a couple of drivers, so Firestone has elected to not use the back-up compound it brought should the newer softer right-side tires not hold up. Track temperatures were an average of 118degF.

Qualifying begins at 5.45pm local (Central) time with cars going out according to reverse entrant points.