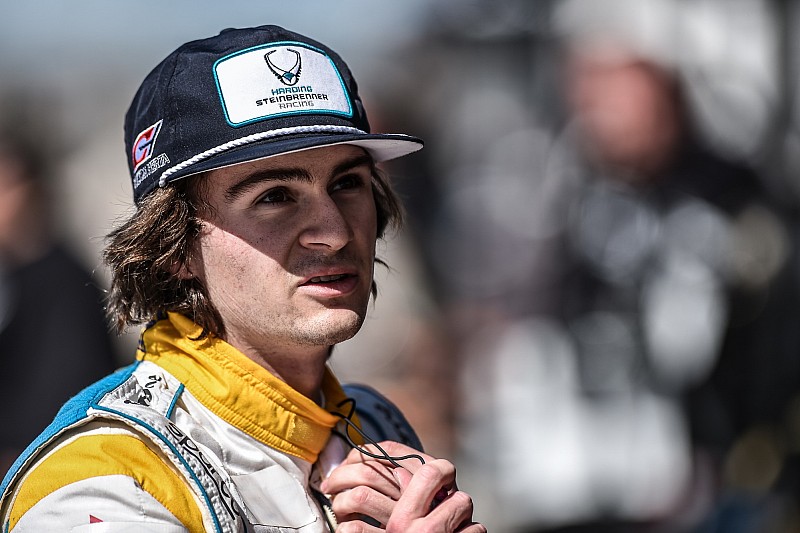 On his 26th of 60 laps, in an eight-hour test, Herta lapped the 2.439-mile road course in 69.5283sec. This compares well with last year’s pole time from Team Penske-Chevrolet’s Will Power of 69.8182sec, especially given that Herta was running primary Firestones, while Power’s pole was set on alternate compound rubber.

Herta’s top time on a track where he won both Indy Lights races last year, was one-tenth of a second faster than the top Ganassi car, that of reigning champion Scott Dixon, who finished second in last year’s IndyCar Grand Prix.

His Chip Ganassi Racing teammate Felix Rosenqvist spun and beached his car at Turn 4 with an hour to go, causing the session to be red-flagged for 10mins. Nonetheless, the rookie’s top time was just a half a tenth off that set by Dixon.

Jack Harvey, who took a pole and a win on this course while in Indy Lights, was fourth fastest for Meyer Shank Racing with SPM, just ahead of the fastest of the Andretti Autosport cars, that driven by Ryan Hunter-Reay.

The third of the rookies in the top half of the field was Marcus Ericsson, whose Arrow Schmidt Peterson Motorsports car finished the test mere hundredths faster than Alexander Rossi (Andretti), Santino Ferrucci (Dale Coyne Racing) and James Hinchcliffe (Arrow SPM).

The sixth IndyCar Grand Prix on the IMS road course will be held on Saturday, May 11, and has been won by only Power (three times for Penske) and Simon Pagenaud (twice – once for Schmidt Peterson, once for Penske).

Hinchcliffe on the magic and mysteries of Indy