Colton Herta says that both he and ex-Indy car racer Bryan Herta are “mellow” enough to avoid friction in their new working relationship.

Following Marco Andretti’s decision to switch to a part-time role in the Andretti Autosport-Honda IndyCar team – with, so far, only the Indy 500 confirmed on his open-wheel schedule – his former strategist and part owner in the team, Bryan Herta, has switched to become strategist for the #26 Gainbridge-sponsored entry, now driven by his son Colton.

Colton Herta, who finished third in last year’s championship, is therefore no longer directly associated with George Steinbrenner IV and Mike Harding who graduated him from Indy Lights to IndyCar at the tail end of the 2018 season. However, the 21-year-old is looking forward to working more directly with his father.

“Obviously I lost George and Mike, and I'm very grateful for what they did for me to get me into IndyCar,” he said. “But looking forward to this year, working with the whole Andretti crew, and also my Dad, which is going to be a big change for me…

“[I] never talked to [Bryan] on the radio until we were testing wintertime. It's been very different. I don't think he'd ever heard me talk on the radio before.

“He's always kind of put me in the best position for people that are very smart to work around me and help me with that. I think for most teenagers growing up, the last thing they want to hear is their parents nag them and tell them what to do. I understand that he's right, but that is the last thing I wanted to hear!”

While father-son/former racer-current racer combos don’t always last, Colton said that he and Bryan can be the exception.

“I think you can tell by now that we're both pretty mellow. We don't get excited and we don't get upset or very sad. We stay pretty even. Our emotions don't really get the better of us.

“I think the other personalities will get heated at each other, where I don't think it would happen with us because of how mellow we are.”

Herta, who is about to enter his third IndyCar season yet already has three wins to his name, believes that he needs to improve his win and podium ratio to become a title contender in 2021.

“I'd like to make a true championship run down to the wire, have the ability to truly win it. That's my goal. That's the team's goal.

“Obviously along with that, winning the Indy 500 and putting a lot of resources and time towards that at the same time. But cutting out the mistakes, changing those fourth and fifth places that we had last year – we had a bunch of them – into podiums, and some of those podiums into wins. We need to win a little bit more and we need a little bit more podiums, a tiny bit more consistency, to really make a true championship run.”

Herta cited improved fuel-saving ability as one area where he aims to get closer to teammate Alexander Rossi this season.

“I think there were a few places that some guys – really just Rossi that I was comparing to – two rounds in particular that he was able to get a little bit better fuel mileage without being too much slower than I was. He was able to go a lap longer at some of the places. That's kind of like the key for me this year.

“Everybody understands how important pit stop cycles are in IndyCar, and strategy: it makes or breaks your race. Being able to save that little bit more fuel, still be in touch with the leaders, can open a whole new array of strategy options for you during the race.”

Despite often being Andretti Autosport’s pacesetter last season, Herta rejected the idea that he had become de facto team leader in a team that this season comprises himself, Rossi, Ryan Hunter-Reay and James Hinchcliffe.

He said: “I think obviously I had a better run than my teammates last year, but I don't think it’s fair to say that I'm the benchmark because guys like Rossi had a shocker of a year [and it] wasn't really his fault…

“I think the biggest thing is that we pressure each other, put pressure on each other to perform, and we push each other very hard. Probably I would argue it's the best driver lineup throughout the whole series. We have four really good drivers. We've shown we have really good cars. Now we just have to capitalize on that. The drivers need to do their job.”

Asked outright if he can the championship this year, Herta responded positively and returned to the theme of amassing more wins.

“The biggest setback is that we need to win more races. We can't be winning one or two races a year and winning a championship. You need to be winning three or four races. That's kind of my goal is to try to get to that number.

“That's been the trend the last few years for guys that have won the championship – they're winning four races a year. When they're not winning, they're finishing on the podium.

“I have full faith in myself and in the team that we can do it, but it's going to take a lot of effort from everybody.” 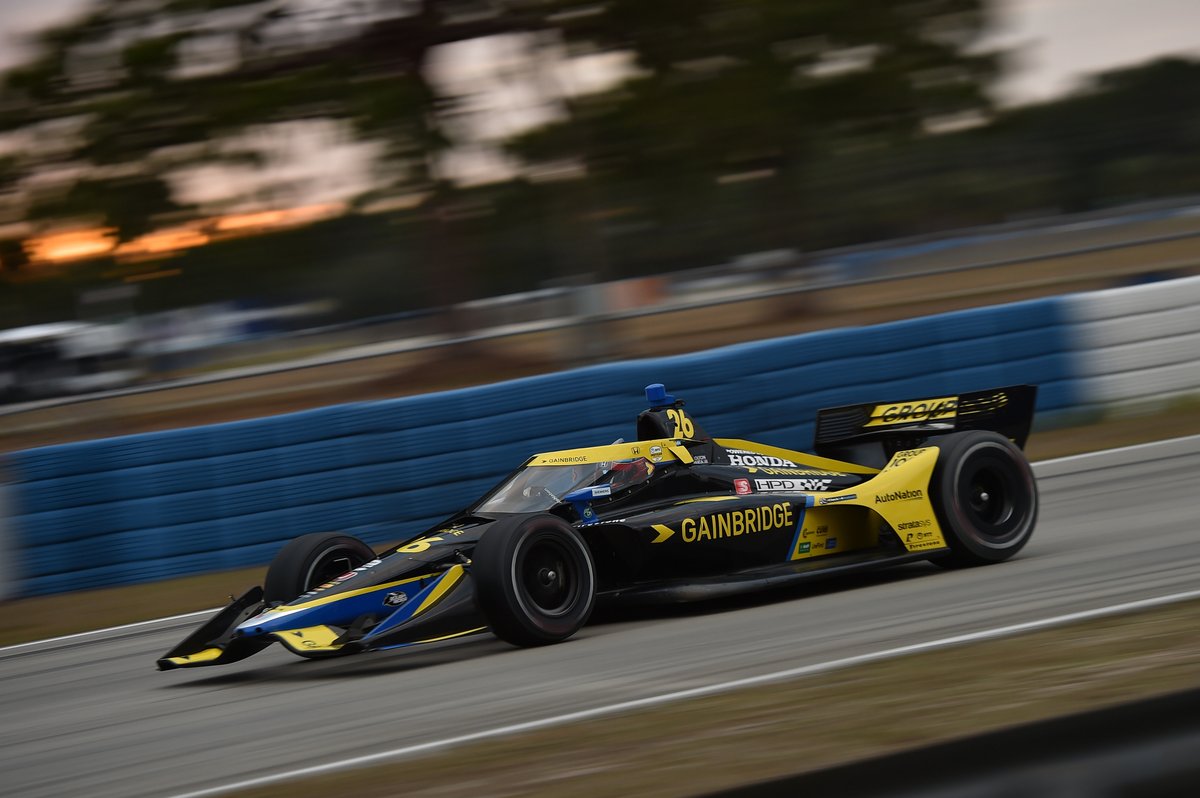