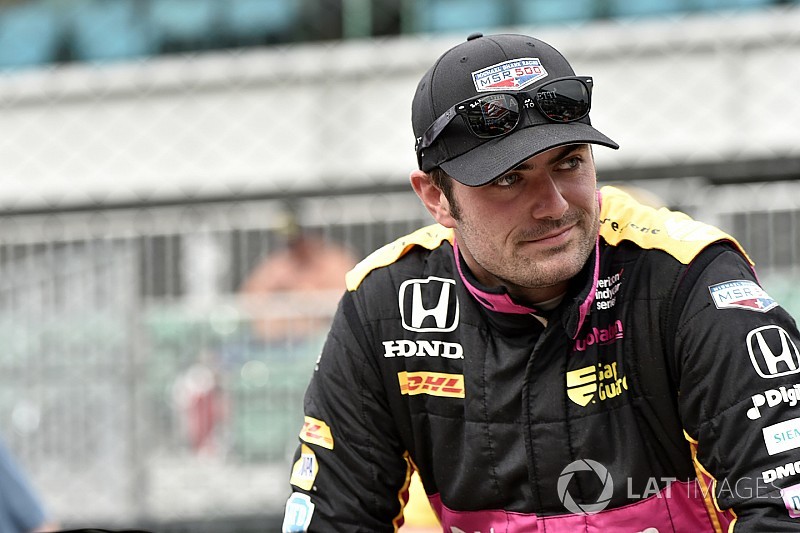 Schmidt Peterson Motorsports has announced that Jack Harvey will occupy its #7 car for the final two rounds of this year's IndyCar Series in Watkins Glen and Sonoma.

Following Mikhail Aleshin's departure from the team earlier this month, Sebastian Saavedra took over the Russian's car for last weekend's Pocono race and will race again this weekend at Gateway.

SPM did not name a candidate for the final two road course events of the season, although Mercedes DTM ace Robert Wickens made no secret of his desire to fill the seat.

However, the Indianapolis-based team has settled on former British F3 champion and Indy Lights runner-up Harvey for the two events, rekindling its 2014-15 partnership with the 24-year-old.

“It’s obviously a really exciting time for me, and I’m really pleased to rejoin everyone here at SPM,” said Harvey, whose only previous IndyCar start came in this year's Indy 500 with the Andretti Autosport squad.

“We had a lot of success together in Indy Lights, and I’m excited to be back with so many familiar faces.

SPM general manager Piers Phillips added: “We are very pleased to welcome Jack back to the team for our final two events of the season.

"Jack’s done a great job for the team throughout his Indy Lights career, and we have been looking at ways of incorporating him into our IndyCar program, so it’s been wonderful to see it come to fruition.

"We look forward to finishing out the year with he and James and hopefully with some results up front.”