Jack Harvey has at last been confirmed as a Rahal Letterman Lanigan-Honda driver, joining incumbent Graham Rahal in what is described as a multi-year deal.

In an elongated and ongoing IndyCar silly-season, Harvey’s departure from Meyer Shank Racing was the first – and arguably most surprising – piece of concrete news. Soon he was linked with the team co-owned by Bobby Rahal, David Letterman and Mike Lanigan, but all parties involved remained publicly mute on the subject.

However, in August, RLL announced its intention to evolve its third, part-time, Hy-Vee Inc.-backed entry – driven at various times this year by Santino Ferrucci, Christian Lundgaard and Oliver Askew – into a full-time entry for 2022.

Then last week, Takuma Sato’s departure from the squad after a four-year term was confirmed and while speculation over the identity of the new #30 RLL driver remains rife – Motorsport.com believes Lundgaard will land the ride – the team has at least been able to confirm Harvey in the #45.

Hy-Vee, Inc., an employee-owned Midwestern supermarket chain, has been primary sponsor of the #15 (Graham Rahal) and #45 RLL-Hondas for 11 races since 2020, and this expansion of the company’s team involvement coincides with its backing of IndyCar’s return to Iowa Speedway next year in the series’ sole double-header event.

Harvey, whose best result remains the third place at the 2019 GP of Indianapolis, but who started from the top five on four occasions last year, described the move to RLL as “an exciting next chapter.”

He said: “I’ve been working towards this moment for my entire career and I’m so honored and thankful for the trust Bobby, Mike, David and Piers [Phillips, RLL president] have placed in me. Hy-Vee has massively committed to elevating IndyCar as a series and I’m honored to be representing their brand on track in the #45.

“I’m eager to get to work with Graham and the entire team. We have common goals of competing for wins and championships, and I’m confident we’ll be contending from the drop of the green flag next year.

“This is an exciting next chapter, and I can’t wait to see what lies ahead.”

“I can’t tell you how pleased I am to welcome Jack to our team,” said Rahal of the 2012 British Formula 3 champion who also twice finished runner-up in the Indy Lights championship. “He has a great record of success over the years in all forms of racing so I’m pleased that he agreed to join our team.

“He and Graham will work well together and be a strong foundation for our driver lineup that will raise not only the level of each driver individually but of the team as a result. I respect and appreciate his commitment and work ethic to racing, on and off the track, which is so key.

“And I also respect the way he deals with people – friendly and respectful. I think we’re going to have a lot of success together and I very much look forward to having him with us.”

Lanigan echoed his partner’s comments, saying: “I have heard nothing but good things about Jack and I think he will work well with our driver line-up. I think it’s important that they mesh well together, and I know Graham has a lot of respect for him.

“He has shown a lot of potential and we’re looking forward to building on that.”

Randy Edeker, Hy-Vee’s Chairman of the Board, CEO and president: “Our ongoing partnership with Rahal Letterman Lanigan Racing continues to be a success. Over the past two years, we’ve enjoyed being a part of a sport that continues to see its fan base grow substantially year after year.

“Now, as we look ahead to the 2022 NTT IndyCar Series season, we look forward to hosting our own doubleheader event at the Iowa Speedway and seeing the No. 45 Hy-Vee Honda take the track in the nationally televised event.” 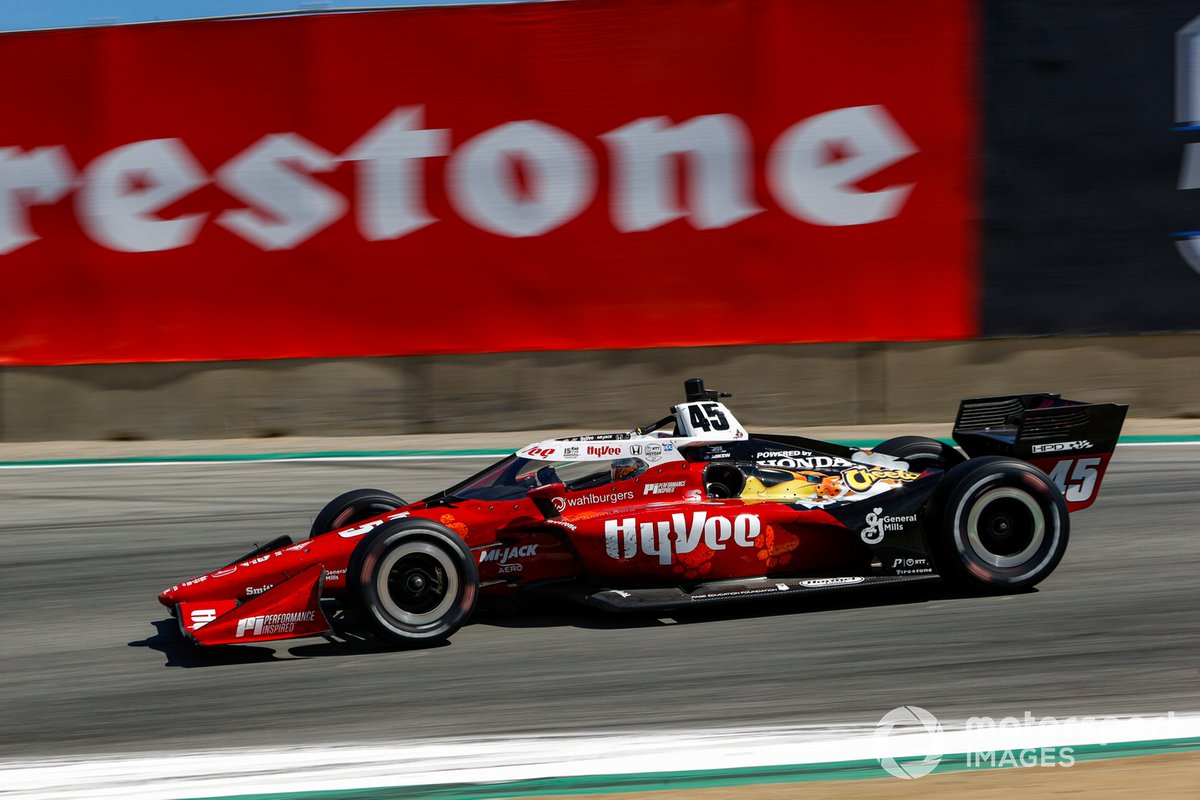 The Hy-Vee Inc.-backed #45 Rahal Letterman Lanigan Racing-Honda, as driven by Oliver Askew in the final three races of the 2021 IndyCar season.