Alex Palou put the Dale Coyne Racing with Team Goh squad on top of the 75min practice session ahead of qualifying for Race 1 of the Harvest Grand Prix. 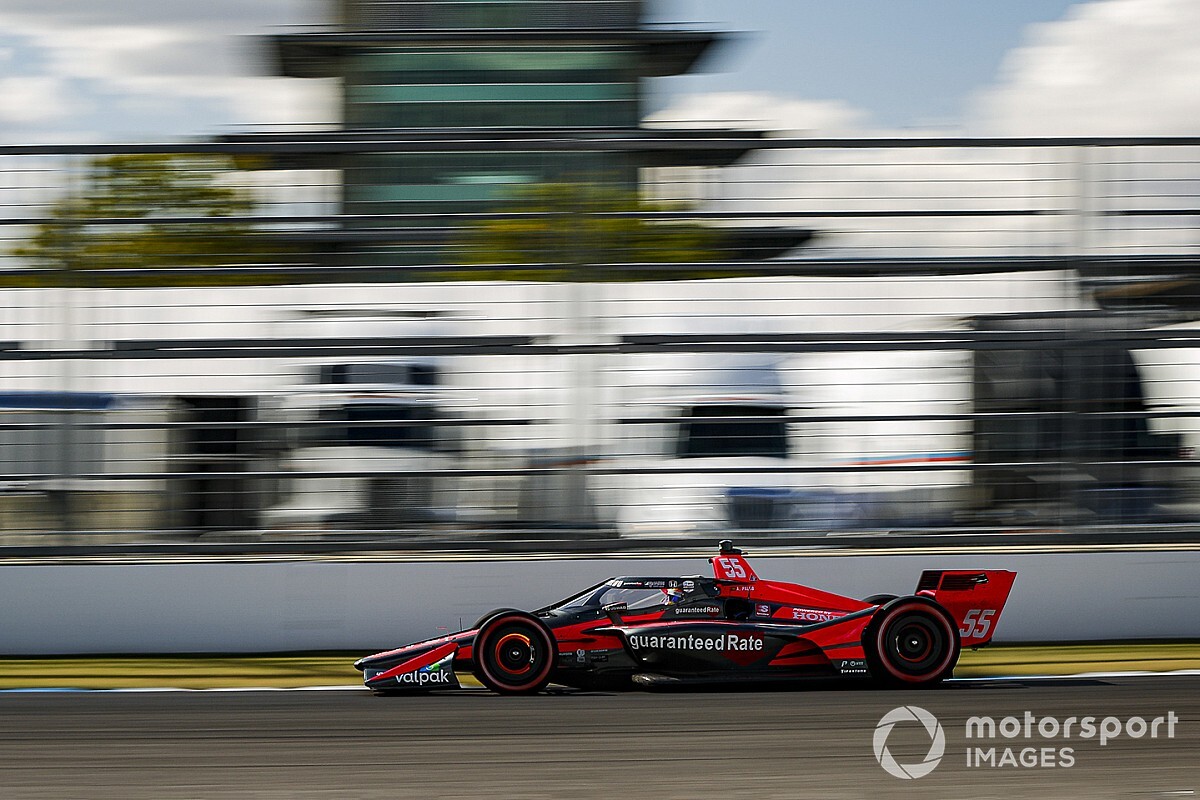 With temperatures some 30degF cooler than when the teams last raced here on July the Fourth weekend, Palou turned a lap of 1min10.178sec, an average speed of 125.117mph, to head Meyer Shank Racing Honda’s Jack Harvey by 0.0996sec.

It was a somewhat inconclusive session because Marcus Ericsson spun his Chip Ganassi Racing-Honda with fewer than five minutes to go, before many of the team had tried out their red-sidewalled softer-compound Firestones.

Nonetheless, Palou’s speed was impressive as it virtually equaled Will Power’s pole position time from July. The Team Penske-Chevrolet driver was unable to set a representative time on reds as he and Andretti Autosport-Honda driver Alexander Rossi had a feather-light rub together at the end of the back straight when the field made a dash for the track in the closing three minutes. The silver #12 looped into a spin, and Rossi himself was delayed enough that he too missed setting a time.

Thus it was Colton Herta who upheld Andretti Autosport honor with third fastest time ahead of champion elect Scott Dixon of Ganassi.

Prepping for his first IndyCar race of the year, Sebastien Bourdais was 22nd for AJ Foyt Racing, just ahead of Helio Castroneves. The Brazilian 45-year-old hasn’t competed on a road course in an IndyCar since this same venue in May 2019, and as an Arrow McLaren SP driver, standing in for medically unfit rookie Oliver Askew, he hasn’t driven a non-Penske IndyCar for 21 years!

Qualifying begins at 6.20pm local (Eastern) time, and – as with all road/street course double-headers – will see the field divided in half, and the fastest driver taking pole and earning his group the odd-numbered side of the grid.

IMSA, IndyCar to race at Detroit on separate weekends in 2021