Gutierrez hopes he can help IndyCar return to Mexico 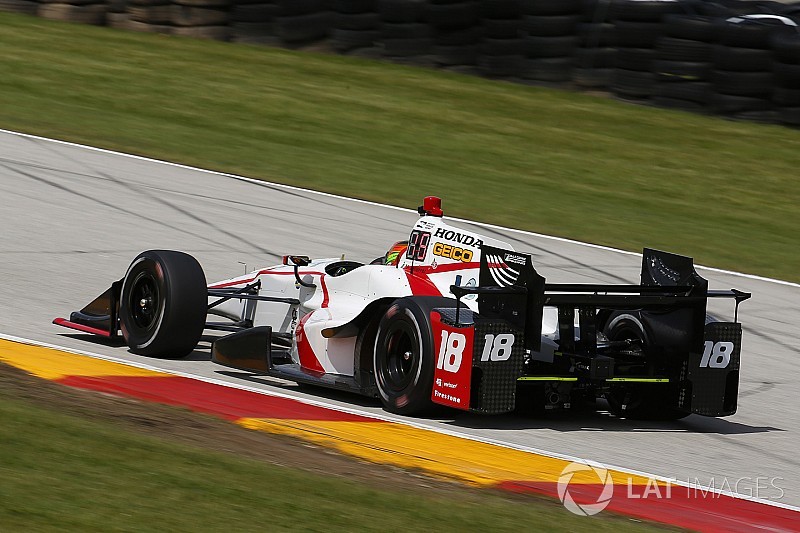 Esteban Gutierrez, who will be substituting for Sebastien Bourdais until the injured Frenchman is ready to return to the Dale Coyne Racing-Honda team, says he hopes his presence will also give IndyCar leverage in his home country of Mexico.

The former Formula 1 racer was only a test driver for Ferrari when Grand Prix racing returned to Mexico in 2015, but raced in front of his home fans last year, when he was competing for the Haas F1 team. Gutierrez said he would welcome a similar opportunity in the Verizon IndyCar Series, which is currently seeking to add the Puebla 1.25-mile oval to its schedule.

“Obviously, it would be the ideal situation,” said the 25-year-old from Monterrey, Mexico. “I enjoy racing in my home country. And why not?

“I mean, I think the sporting side is the most important. Today is where I can really do a lot, is where I can focus. Together with, you know, this involvement, my involvement in IndyCar, I'm sure that the possibilities in the future for a Mexican race will increase.”

On the subject of how much impact his switch from F1 and Formula E has made in his home country, Gutierrez said: “It has been huge. A lot of Mexicans are very happy that I am in IndyCar. I feel honored to be in this position representing Mexico in IndyCar.

“As you all know, Mexico has a big history in racing in America, in IndyCar itself. And I'm looking forward to continue that history.”

Gutierrez said he welcomed the amount of setup changes that are allowed in IndyCar, despite the fact it’s a spec series.

He commented: “Here the cars are quite standard. But in the same way, you have a lot of flexibility on changing the setup around.

“As a driver, you have much more influence on the setup of the car, together with the engineers, in order to – as a team – achieve the right direction of the setup. That's something that in Formula 1 is quite, let's say, fixed. Once the car is developed, you kind of fine tune around it. But in IndyCar, you really have a very big window of opportunities to work with the setup.”

Gutierrez added that he’s gaining a lot of insight from both teammate Ed Jones – despite him being a rookie – and also the driver for whom he’s subbing, Bourdais.

“A lot of conversations with [Bourdais] were related to the technical side of the car,” said Gutierrez, “in order for me to understand how the car is working, how the car is evolving through a weekend.

“That helped me a lot in Detroit, it's helping me a lot here.

“Ed… you know, we've been always together in the meetings [with] me trying to understand what is his way of working through the weekend with the setup of the car. In my case, I'm very open, because obviously I have no experience in IndyCar. So it’s been always a very open approach, trying to get as much information as I can, absorb everything, and learn as much as possible.

“I have a great team of engineers, which gives me a lot of confidence. I think the work that we are doing together, it's very good and very enjoyable.”

Gutierrez says that he’s also looking forward to oval racing at Iowa Speedway in two weeks, along with his oval rookie test there which will be held as part of the series test next week.

“Yes, I'm aware that it's completely different,” he said. “Fortunately I will have a test on Tuesday to prepare, to get to know the reality of an oval.

“Because you can review a lot of data, you can prepare on the theory, but always, you know, when you get to the reality of driving, it's a complete different story.

Power and Rahal warn of fuel-save race at Road America