Ex-Formula 1 driver Romain Grosjean will compete in the 13th round of the 2021 IndyCar Series at World Wide Technology Raceway at Gateway, thereby making his first start on an oval.

Even when he signed up to race in the NTT IndyCar Series for this season, Grosjean admitted that while he was ruling out the Indianapolis 500 and Texas Motor Speedway, it was only because of safety concerns. He said he did not wish to put his family through the same torment they had suffered for a minute in his final Formula 1 race, and at 215mph, another driver’s accident can become one’s own, all-too rapidly.

However, oval racing per se was not something Grosjean was ruling out – indeed he admitted to being intrigued by it. As early as March, the 10-time F1 podium finisher he spoke to team owners Dale Coyne and Rick Ware about possibly running Gateway’s WWTRaceway, a 1.25-mile oval with average speeds of 183mph in qualifying.

To that end, Coyne – who ran Pietro Fittipaldi in Grosjean’s #51 DCR with RWR-Honda at Indy and Texas – said his team was prepared to run three cars at Gateway – Grosjean in the #51, Fittipaldi in the #52 which has already run as a third DCR entry in two races this year – and Ed Jones in the #18 DCR with Vasser-Sullivan entry.

Now Coyne has confirmed to Motorsport.com that this is indeed the plan for the August 20-21 race, the Bommarito Automotive Group 500.

“We’re going to test with Romain at Gateway on July 27, because we have every intention of doing the race there next month,” he said.

“It’s going to be a good test there, because there’ll be quite a few cars there, so we’ll have a chance for him to run alone and then as he gets more confident we can put him in traffic so he gets to learn what dirty air is really all about!

“It’s also a good test because it’s a day-and-night test – runs from mid-afternoon to 11 o’clock at night – so it will also give him a good experience of how a track evolves, the different downforce levels he’ll feel in hot conditions and night conditions.

“Yeah, it should be a really good experience for a rookie.

“And then the plan right now is to have Pietro in the #52. We were pleased with how Cody [Ware] ran in that car at Road America, and Ryan Norman at [Mid-Ohio]. They did good jobs considering it was their debuts.”

Regarding the future of Grosjean with the DCR team, for whom he took pole and finished second in May’s Grand Prix of Indianapolis, Coyne said: “Lots of people have spoken to Romain, but nothing’s decided on anybody’s part. He’s performed very well this year – really well – so it’s not a surprise that he’s attracting attention, right? Same as other promising guys we’re run in the past. So… you know, you expect that.

“But there’s no one more interested in him than we are. He’s done a great job for us – super personality, really nice guy who’s just loved IndyCar from pretty much the moment he arrived.

“And in the #18, I’ve been impressed with Ed [Jones] as well. He’s been very, very unlucky this year. He’s had moments of really good performance and we just haven’t been able to translate that into results – or not for a full weekend at least. He looked really strong in Detroit, for example.

“He’s back in 21st, fighting for a Leader Circle spot [Leader Circle is the money granted to the top 22 entries at the end of the season] and we shouldn’t even be close to that zone. We’ve had weird mechanical issues on that car in practice and some bad pitstops.”

Coyne admitted that Ryan Hunter-Reay, who is understood to be departing Andretti Autosport-Honda at season’s end, is one of the drivers in which he has an interest.

“Yeah, Ryan would be good,” he said. “I mean, he’s one of the many we’d want to speak to about ’22, whether Romain is staying or not. We’d speak to anybody who’s good.”

Asked if he believed the 2012 champion and 2014 Indy 500 winner still had what it took to win IndyCar races, Coyne replied: “Yeah, I don’t think he’s past it. You know, so much of it is about environment you’re in. Some people will do well in our environment, some people won’t, and it’s the same for drivers at other teams.

“Romain’s wife was with us the other day, and she said, ‘I’ve never felt this way with another team. It feels like family.’ That was good to hear. We’re not a ‘mom ’n’ pop’ operation, but there’s a feeling that some IndyCar teams – and in particular, us – give whereby the driver and his family do feel a part of it. It’s not just, he arrives, drives the car, and disappears.

“And that feeling works really well with some drivers. Maybe it doesn’t work with others.

“But back to your point, yeah: I think Ryan has still got it, he’s still quick.” 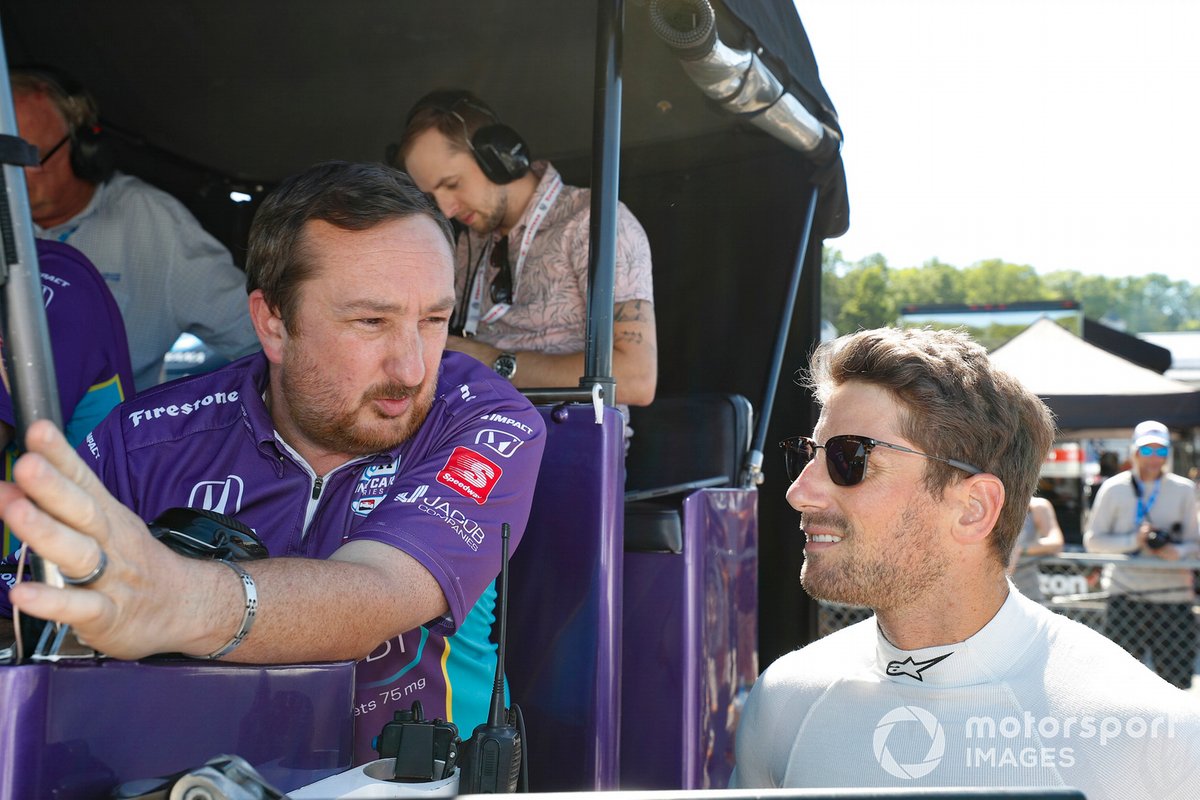