Grace Autosport withdraws from Indy 500, unable to find a car 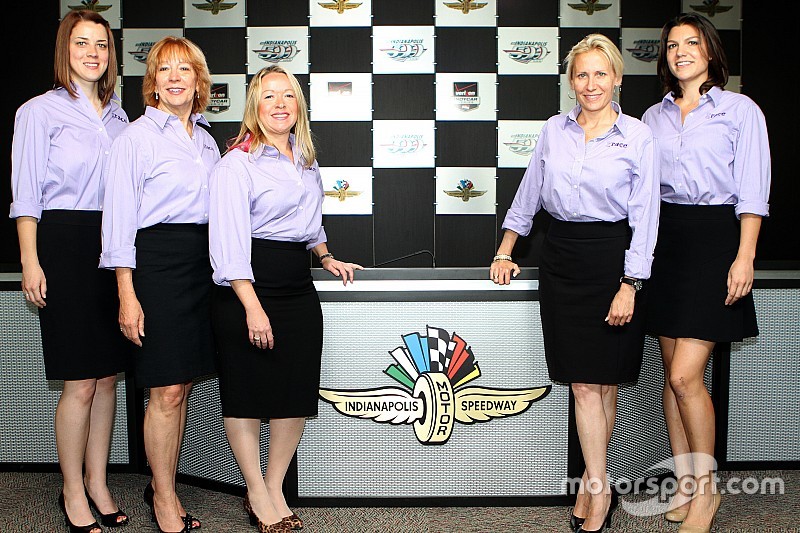 The all-female team that was announced during last year's Indianapolis 500 has revealed that it will not be able to compete in the 100th running of the event this May.

The team, headed by Beth Paretta, had planned to enter the 100th running with Katherine Legge as its driver. The operation faced several hurdles, and in the end couldn't find a car.

Over the past year the Grace Autosport team was able to assemble a manufacturer partner, sponsor partners, educational partners, funding, driver and crew members, but the missing component was a viable race car to compete in the May race, despite great interest in the program. The reality of the shortage of feasible cars is reflected in only 33 cars entered for the 100th Running of the Indy 500 this year.

"We met with many teams in the IndyCar Paddock late last season to determine partnership feasibility and discovered numerous teams had chosen to scale back their plans for 2016," said Team Principal, Beth Paretta. "We were ready to announce a team partnership for the Indy 500 at the Grand Prix of Long Beach in mid-April but a change in terms proved unsound for Grace's sponsor partners and unfortunately we had to step away from the deal.

"The consolidation of teams and the decrease of entries in 2016 reduced the available options for us. Our partner spoke with Dallara about buying a new car after Long Beach but there wasn't a current 2016 car available in time for the 500. We evaluated an available chassis as late as last week but there wasn't enough time to acquire all the parts needed to rebuild the car safely. Because of this sequence of events we will not campaign a car in this year's Indy 500.

"As I said last summer, Grace Autosport was not interested in just making the grid and running at the back. We wanted to put forth a respectable effort and we wanted to be competitive, while keeping safety at the very forefront of our program. We apologize to the many fans that have reached out to offer their support, which has been incredible. The good news is that we will not give up and are now working closely with our partners to map out Grace's future."

This means that there will be no teams going home during qualifying, leaving the field at 33 cars for the 100th running of the 105-year-old event.

Pigot: “Before I knew it, I was going backwards”