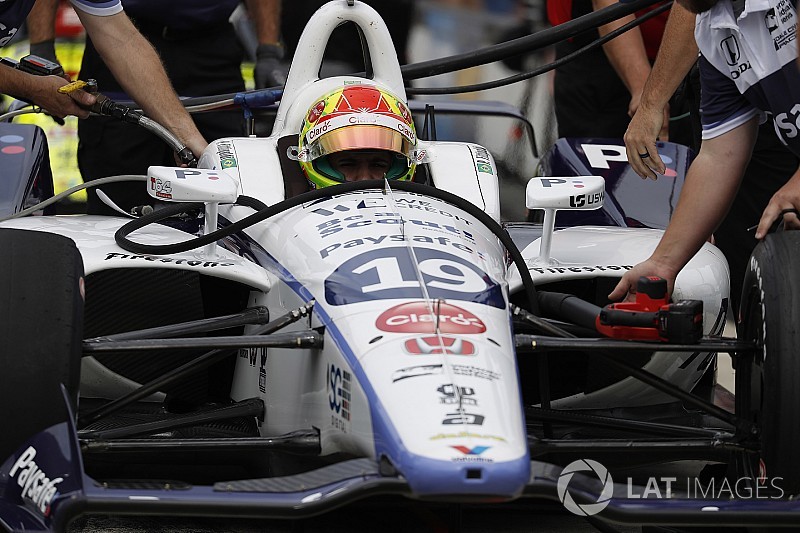 Alexander Rossi and Scott Dixon were fastest in tonight’s final practice at Gateway and will start from the front row tomorrow, but Pietro Fittipaldi who starts last, put his Dale Coyne Racing car in third in a Honda-dominated session.

That was a mere 0.0051sec faster than Dixon’s Chip Ganassi Racing-Honda, while Fittipaldi was 0.1sec behind in only his third race back since breaking his legs in a WEC race at Spa. However

AJ Foyt Racing’s Tony Kanaan was seventh and fastest of the Chevrolet entries, while Graham Rahal’s Rahal Letterman Lanigan Racing car was eighth, having completed the most laps of anyone – 138. The second Coyne car of Sebastien Bourdais was ninth and the fastest of the Team Penske-Chevrolets was Will Power in 10th.

Power’s teammate Josef Newgarden, defending race winner here at Gateway, had the only incident of the night, scraping the wall with both right-side wheels exiting Turn 4. He briefly returned to the track, before calling it quits.

Wickens breathing without assistance and speaking