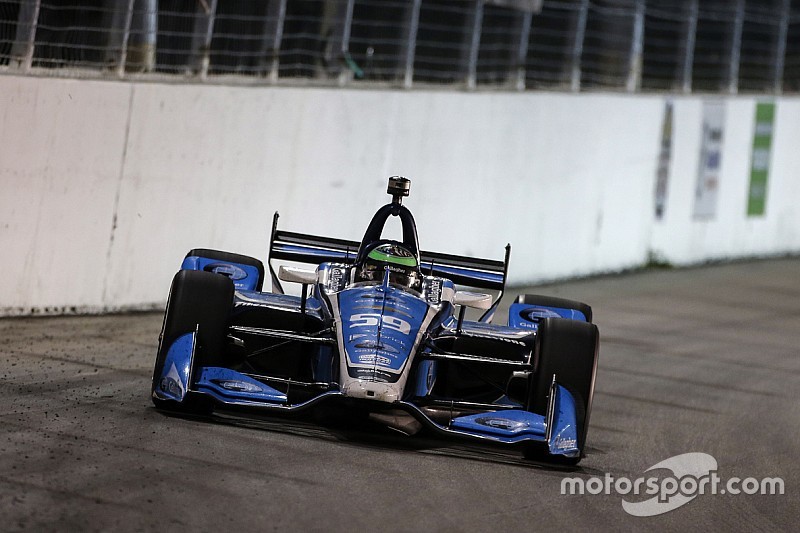 Daly had just lapped the 1.25-mile World Wide Technology Raceway in 24.7346sec – an average speed of 181.931mph, set without the aid of a tow – when Kimball washed out high through Turn 3 and struck the Turn 4 wall with his right-front corner.

The car drifted to a halt on the main straight with a torn up wheel and deranged right-front suspension, Kimball stepped out unaided, but the scheduled one-hour session was brought to a slightly premature halt.

Second-fastest was polesitter and championship leader Josef Newgarden whose Team Penske-Chevrolet was 0.6mph slower than Daly but 0.3mph faster than third placed Zach Veach in the Andretti Autosport-Honda.

Takuma Sato was fourth in the Rahal Letterman Lanigan Racing-Honda ahead of the two Chip Ganassi Racing-Hondas.

Tony Kanaan was an encouraging 12th for AJ Foyt Racing-Chevrolet, while Spencer Pigot was the busiest driver, turning 76 laps for Ed Carpenter Racing.

Saturday’s race gets the green flag at 7.45 local (Central) time.

Ericsson uncertain over 2020, but determined to stay in IndyCar