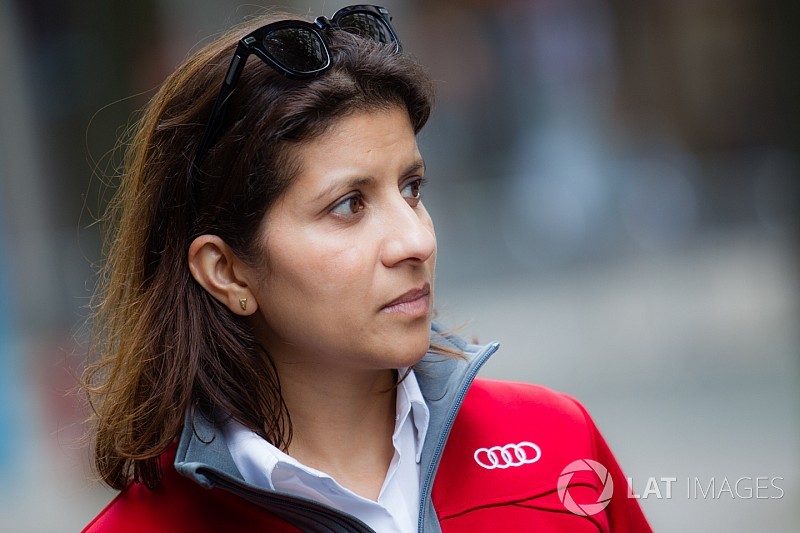 The ambassador for the FIA Women in Motorsport Commission has engineered cars in Formula BMW, A1 Grand Prix, GT racing and has worked for Jaguar, Audi and most recently for Bentley Motorsport.

The Briton holds the distinction for the first female race engineer to win the Le Mans 24 Hours, and following her second win at the French classic, Gade was named the FIA World Endurance Championship ‘Man of the Year’ and received the C&R Racing Women in Technology award.

“I’m really honored that I’ve got a chance to come across and work in IndyCar,” commented Gade. “When I was a kid, I used to watch IndyCar, especially when Nigel Mansell first came over, and I followed it quite a lot. During my sportscar days, it was a little less so, until I had friends come across to the US to work in it like Piers [Phillips, general manager of SPM].

“I’m quite honored to be given the chance. It is going to be something completely different to anything I’ve ever done before, so it’s a big learning curve, but it’s a challenge that I’m really relishing.”

Phillips noted: “There was significant interest in Leena amongst the international motorsports community, so we’re really excited that she sees where we’re taking SPM, believes in what we’re doing and that she is now a part of our organization.

“I’ve known Leena for quite some time now, and I’ve worked alongside her, so I knew the credit she’s been given is well deserved. We’re very much looking forward to throwing her into the deep end and seeing her add to the team’s success.”

The team’s next test is at Sebring on January 24.