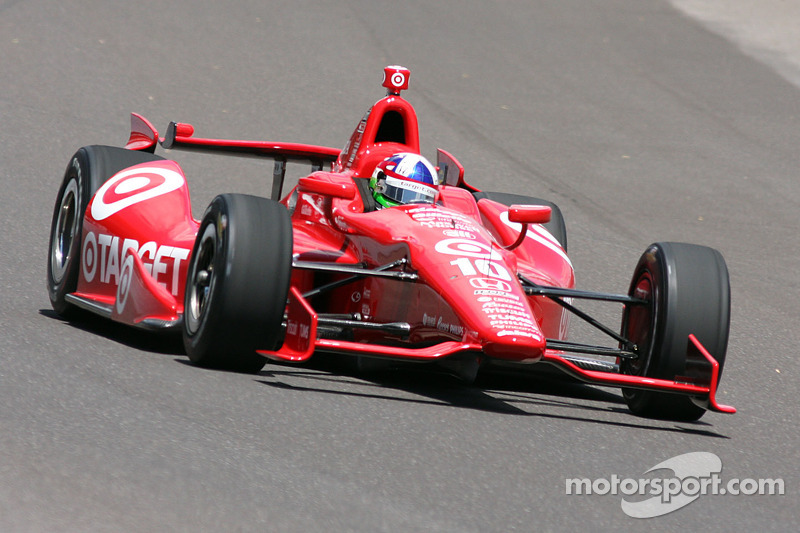 Defending Indianapolis 500 race winner finally topped the speed chart today as the teams continue to shake down their cars before Saturday qualifications.

Day five of practice for the 97th Indianapolis 500 was another clean one filled with race simulations throughout the afternoon. While a few drivers might have tried some qualifying sims, they were far and few between. There weren’t too many takers when the track opened at the crack of noon and as the afternoon wore on presentations on the 2.5-mile Indianapolis Motor Speedway oval were spaced pretty evenly and traffic was minimal.

It wasn’t until close to 5PM – Happy Hour – that the giant racetrack came alive with trains of cars working together. As the session drew to a close at 6PM, all but one of the Andretti Autosport cars were on-circuit but, surprisingly, they weren’t leading the time sheets.

Incredibly, there have been no incidents thus far and everyone’s been playing clean. Much of that has to do with familiarity of the package and having one Indy 500 under most teams’ belts using the Dallara DW12 and either Chevrolet or Honda power. This is also a very, very deep field for the 2013 Indy 500, with all but the rookies having time on this track since the new rules went into effect last year.

Franchitti had been practicing mid-pack until today – he launched a Honda engine yesterday (and will take the penalty at Detroit) so has a new engine in the car now. Bell, of course is on a shorter program as a one-and-done driver.

In all there were 2165 laps in the books this afternoon with the highest number going to rookie Conor Daly, who needs them and the fewest to Sebastien Bourdais, who turned only 18 laps today. In terms of lap times, there’s less than a second separating Franchitti from 30th-placed Graham Rahal; only Ana Beatriz and Michel Jourdain Jr practiced slower, respectively as 32 car/driver combos took to the track. Buddy Lazier is supposed to be on-circuit come Thursday as he has a single Chevy engine at his disposal.