Franchitti quick in Detroit, field set for race one 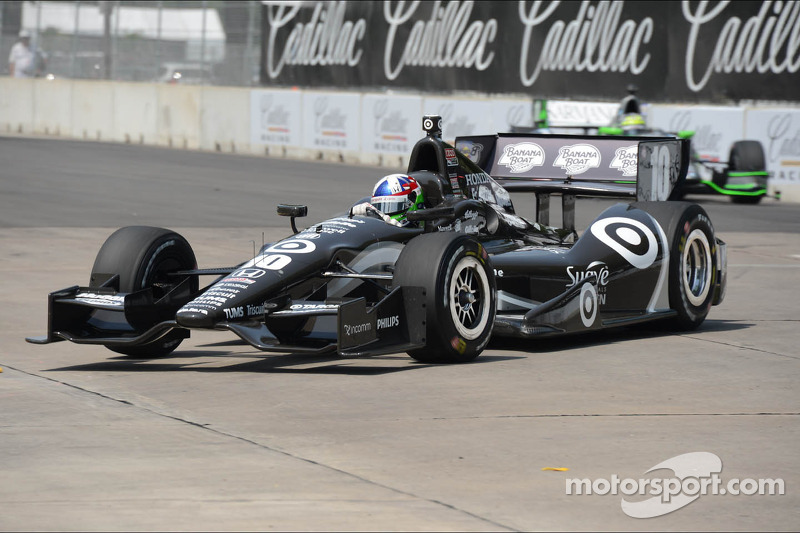 Dario Franchitti won the pole, but will start 11th for the first of two races in Detroit. E.J.Viso to take over the point.

Dario Franchitti recorded the fastest time in qualifying at Belle Isle in Detroit, but will start 11th, due to penalties incurred in Indianapolis, in the first of two races this weekend in Detroit.

"I think I was a long shot to get through Q1; I did four laps in practice this morning," said Franchitti.

"It was interesting obviously with the rain in the first session, getting through in that, and then the drying track and fully drive in the end, so we had all the conditions there. I have to thank the engineering group. We had a really tough Indianapolis and to back with a pole is great, obviously with a 10-spot grid penalty. I’ll do the best from where we start."

E.J. Viso wrapped up the qualifying session second overall, running a 1:19.55 in the Andretti Autosport machine. Viso will take over the point for the start of the race tomorrow, with Mike Conway sharing the front row with him driving the #18 Dale Coyne entry.

"Very excited. I think it has given me some good chances to stay in the front and be sure I'm going to have a competitive car," Viso said. "We have proven that so far. And I'm really looking forward to it." 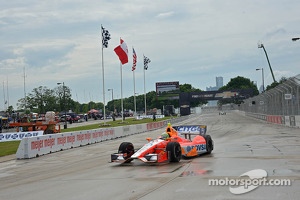 Canadian Alex Tagliani qualified a season high sixth after leading the only practice session of the day.

"It's really nice to be back in the front," said Tagliani, who started and finished third at Belle Isle in 2010.

Two time 2013 winner, and Tagliani’s countryman, James Hinchcliffe qualified 21st as he was unable to get traction in a wet start to the qualifying session.

The first of the doubleheader races from Detroit start tomorrow at 3:30 ET on ABC.

Hildebrand firing only a temporary setback