Franchitti injuries include a spinal fracture 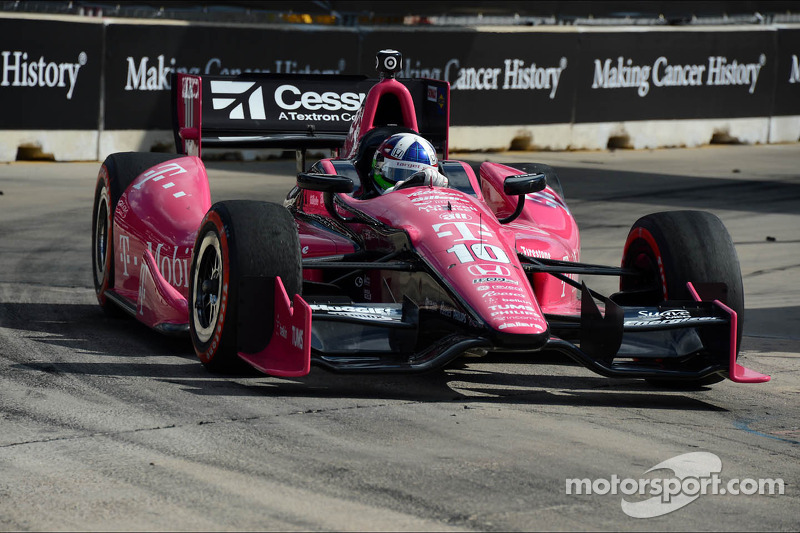 INDYCAR releases the injuries sustain by Dario Franchitti in his crash in the second race at Houston’s temporary street circuit.

The good news is Dario Franchitti survived the horrific crash into the catch fence on the final lap of today’s IndyCar race in Houston. He was alert and awake when he was transported to Memorial Hermann Texas Medical Center.

Dr. Michael Olinger, INDYCAR director of medical services reported the good news that he will not require surgery. The Scotsman sustained a concussion which was expected for the type of shunt he took when his Chip Ganassi Honda Dallara took flight after contact with A.J. Foyt Racing’s Takuma Sato on a high speed turn.

Sato was okay even after he took a second hit from E.J. Viso’s Team Venezuela/Andretti Autosport/HVM Chevrolet Dallara.

Included in Franchitti’s injuries per Dr. Olinger are “a spinal fracture that will require no surgery and a fracture to the right ankle.”

The Scotsman has undergone ankle surgery and is expected to be released tomorrow, and he will have further medical evaluations on his road to recovery.