Three-time Indianapolis 500 winner and four-time IndyCar Series champion Dario Franchitti will return to the cockpit this weekend at World Wide Technology Raceway, Gateway, to drive Honda’s two-seat IndyCar at the start of the Sunday race.

Franchitti was forced to end his 17-season Indy car career at least a year before he had intended after a huge accident at Houston in September 2013 left him with severe concussion and an ankle injury.

Since then, the Bathgate, Scotland native has demonstrated and occasionally raced historic racecars, but this will be his first time piloting the Honda’s traditional “Fastest Seat in Sports” two-seat Indy car. That program is now in its 11th year, and at Indianapolis Motor Speedway last week, one of its regular drivers, Mario Andretti, took son Michael around before the 500.

Franchitti will lead the pack around the 1.25-mile World Wide Technology Raceway for Sunday’s Race 2 in the Bommarito Automotive Group 500. His passenger will be Kerry Robinson, former MLB outfielder for the St. Louis Cardinals for whom he is now a talent scout.

“I’m excited to get back behind the wheel of an Indy car, especially one with Honda power, although I certainly didn’t expect to have a passenger,” said Franchitti, who scored all of his 31 Indy car wins with Honda power. “It will be fun to return to the track here at St. Louis, since I believe this is the place where I led an Indy car race for the first time, back in 1997.”

Since his retirement in 2013, Franchitti has continued working Chip Ganassi Racing for whom he scored two of his three Indy wins and three of his four IndyCar titles. Primarily his work has been as driver coach and adviser, in which capacity he currently helps Felix Rosenqvist and Marcus Ericsson. 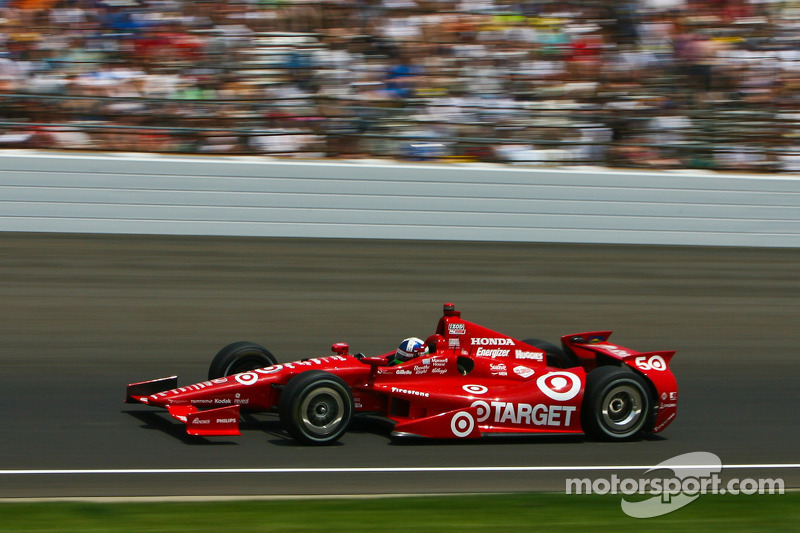 All 31 of Dario's Indy car wins came at the wheel of Honda-powered cars. This was his final triumph, at the 2012 Indianapolis 500.