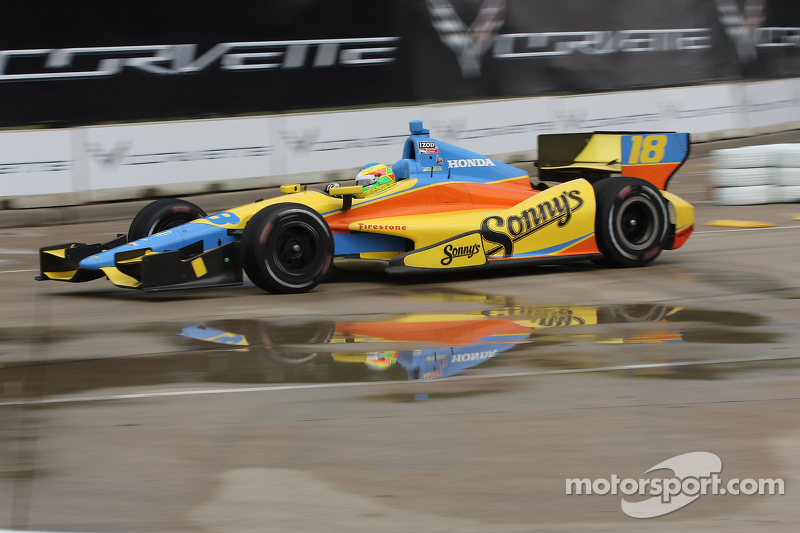 Two qualifying sessions on Friday produced two pole-winners for the Indy Dual pair of races at Belle Isle in Detroit set for Saturday and Sunday.

Ganassi Racing's Dario Franchitti earned the ﬁrst starting position for Race 1 through the regular three rounds of qualiﬁcations for street and road courses, but will start 11th because of an unapproved engine change carried over from the Indianapolis 500.

"I have to thank the engineering group," Franchitti said. "We had a really tough Indianapolis and to back with a pole is great, even with a 10-spot grid penalty. I’ll do the best from where we start."

Conway then qualiﬁed on the pole for Race 2 in a twelve-minute free-wheeling qualifying session, turning a lap of 1:18.0977 to best all comers.

"We just had to hang out and see what we had and it was enough for pole," Conway said. "Excellent job by all the guys at the team at Dale Coyne for making this happen. We couldn’t have asked for much more coming into this weekend."