Foyt “rebuilding for 2020” during current disappointment 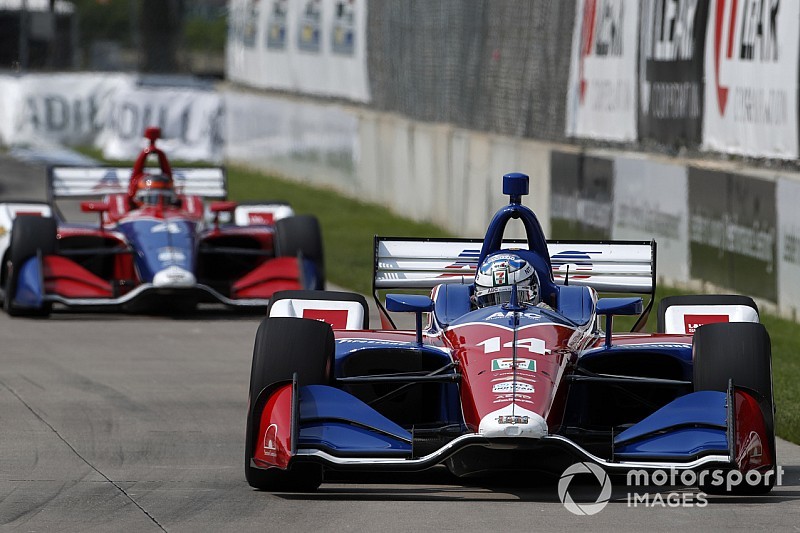 AJ Foyt Racing’s team president Larry Foyt and VP of operations Scott Harner have spoken candidly about focusing on rebuilding for 2020 as the team’s 2019 NTT IndyCar Series season appears to be a near-repeat of last year’s troubled campaign.

U.S. racing icon AJ Foyt saw his drivers Tony Kanaan and Matheus Leist finish 16th and 18th in the 2018 IndyCar championship, and this year after nine of 17 rounds they lie 17th and 20th respectively. The best results across that season-and-a-half have been Kanaan’s sixth place at Toronto last year and Leist’s fortunate – albeit well-driven – race to fourth in the wet IndyCar Grand Prix on the IMS road course last month.

The team is understood to be throttling back on 2019 development and instead looking to “rebuild” with the aim of coming out of the box stronger in 2020.

Scott Harner, who left Chip Ganassi Racing and was recruited by Foyt to become VP of operations, told Motorsport.com in Texas: “We have to do something, because what we’re doing at the moment clearly isn’t working. And to know how to improve, we need to look at all areas of development.

“For the Road America test next Wednesday [a Chevrolet test that was today postponed due to dire weather forecasts] I’ve asked the engineers to really think outside the box, and to go in different directions. We need to cover as much ground as possible. The team is working hard but we’re not seeing that reflected on track, not in terms of speed or results.”

Team president Foyt, who last saw his team finish on the podium at Detroit in 2015 and last finish in victory lane at Long Beach in 2013 – both times courtesy of Takuma Sato – was equally blunt in his assessment of the team’s priorities.

“I’m sure we’ll fire back up soon, but we just need to regroup because obviously we went down a technical path and it’s not showing any real promise,” he told Motorsport.com. “You can’t just keep doing the same thing and expecting different results.

“So that’s where we’re at right now. We’re standing back and evaluating what we’ve been doing wrong, and having a think about what direction we take next to improve.

“You don’t expect anything to stand still from year to year, but even places where we ran OK with the new car last season, we’re coming back to and finding out that last year’s setup isn’t even a good baseline. And it’s not like the cars have changed – slightly different tech regulations here and there, sometimes a different tire – but on some tracks we’ve gone from OK to sort of nowhere, and the other tracks were ones we didn’t get a handle on last year and still don’t. That’s really frustrating.”

One notable exception in 2018 was the Indianapolis 500 where Kanaan and Leist qualified 10th and 11th, and Leist went on to finish 13th, while Kanaan led 16 laps, suffered a puncture and then crashed trying to make up for lost ground. This year the team looked less strong in qualifying but saw both cars finish, former 500 winner Kanaan taking ninth and Leist 15th.

“Yeah, Indy was fine,” said Foyt, “in that I think it’s again probably been our strongest track. Maybe it was a bit disappointing to not have a car to get to the front, but it was reasonable. Unfortunately by missing a little in qualifying, we started mid-pack and although passing was better this year, it was still tough so we couldn’t make ground like we needed to. It was tough.

“But I thought it was a surprise that we weren’t better [at Texas] – obviously Honda have picked up their game, but I know Chevrolet are working hard. I wouldn’t say it was an engine issue.

“It’s tough because we did a lot of work over the winter and it hasn’t put us where we thought it would, it hasn’t really taken us any further forward relative to the other teams. And then frustration can lead to little mistakes, so we need to calm down. This season is not what we wanted it to be, but everyone’s got their head down trying to find a way out. So I’m in building mode for next year.”

Foyt stayed coy on the future with the team’s long-time primary sponsor, ABC Supply, which signed a “multi-year deal” when Kanaan was recruited at the end of 2017.

“ABC Supply are standing by us like they have for 15 years,” said Foyt. “We’re mad at ourselves about not performing for them. That’s on us. But all’s not lost. It’s just a tough field and you don’t need to be missing much for it to become a real struggle. We have to look at everything we’re doing and see where the holes are.”

Asked if there were any plans to switch Kanaan to ovals only for 2020, Foyt replied: “Oh, we haven’t even thought about things like that yet. He’s committed to help us trying to turn this thing around. But I think he’ll be in one of our cars for 2020, and for the whole year.” 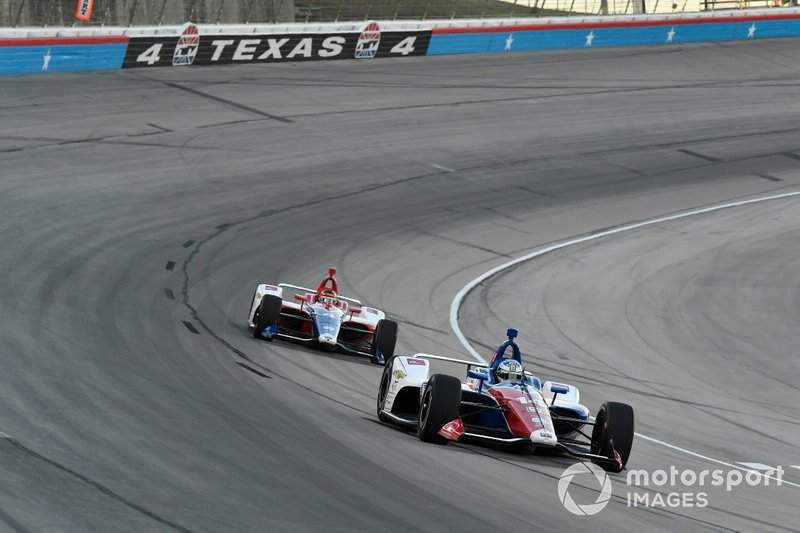