Larry Foyt says that speculation over the ROKiT backing for the #11 AJ Foyt Racing-Chevrolet IndyCar urgently needs resolving so the team can hunt for alternative funding if necessary.

The #11 car has been shared this year by rookie Tatiana Calderon on road and street courses and IndyCar Series veteran JR Hildebrand on ovals.

However, ahead of the ninth round of the season, the Honda Indy 200 at Mid-Ohio, AJ Foyt Racing’s pre-race notes contained an ominous-looking addendum.

“The future of the #11 Chevrolet beyond this weekend's race at Mid-Ohio is not guaranteed due to funding issues with primary sponsor ROKiT which team president Larry Foyt is trying to resolve.

‘We are trying to work through a difficult situation as I know ROKiT wishes to continue the program but there are some issues which may prevent that. We will continue to either resolve it with ROKiT or try to find alternate funding which is difficult at best at this point in the season…’”

On the eve of IndyCar hitting the track at the 2.258-mile course in Lexington, OH., Foyt told Motorsport.com, “I know ROKiT are trying, and it’s not like they haven’t paid anything. They’ve just fallen a little bit behind, and this is not an inexpensive sport, even if it’s great value compared with other series.

“So we need to get clarity on the situation and try and get something else if ROKiT can’t continue. I don’t want to speak for them in terms of why the payments have been slow, and we’ve certainly had plenty of dialogue. The one thing we know is that we both want to keep this campaign going with the #11, we have a shared ambition – and we share it with Tatiana and JR, too – so I’d hate to come across as slamming them.”

Calderon, 29, has scored a best road course result of 15th in the rain-soaked Grand Prix of Indianapolis, and a best street course result of 16th at Long Beach, and Foyt says that he has no worries over how ROKiT have perceived her efforts, on and off the track.

“I think ROKiT are happy with us and with Tatiana,” he said. “In that regard, everything is super-positive. She garners a lot of attention which for our sponsors is great. I’m always impressed at the end of every session, the number of fans who want to see her, and she really handles it well.

“Performance-wise, everyone involved went into this with our eyes wide open, knowing it was going to be huge learning curve for Tatiana, because it’s incredibly difficult for a rookie to progress with so few test days available, and because just about every track is new to her, unlike for the guys who come up from Road To Indy.

“And working with JR has been great – he really fits into this team so well. We love having him onboard.”

Although the #14 Foyt-Chevy of reigning Indy Lights champion Kyle Kirkwood is also ROKiT-backed – as it was when driven by Sebastien Bourdais in 2021 – Foyt emphasized that it is not under the same clouds as the #11. For one thing, Bourdais ensured the #14 was granted Leader Circle funding by IndyCar, after finishing well inside the Top 22 in the 2021 championship; secondly, Kirkwood came with a $1.25m Road To Indy scholarship.

Asked if the #11 car’s cloudy financial future was so urgent a matter that it might not head over the border to Canada for the tenth round in Toronto, Foyt replied, “We’re all working on stuff, ROKiT included, so hopefully that’s not the case. We just have to see what can be done over the next couple of weeks. We’ve had some calls from other drivers interested in taking over the car, but honestly, we’ve acknowledged their interest but we’re much more focused on trying to keep Tatiana and ROKiT onboard.”

Foyt said it was ironic that these question-marks should arise ahead of Mid-Ohio and Toronto, tracks where he held high hopes for the team as a whole, with Kirkwood, Calderon and #4 K-Line-supported Dalton Kellett.

“Kyle says he loves Mid-Ohio [where he won eight of his nine races there across three Road To Indy categories] and we had a decent test on the Indy road course last week,” said Foyt. “We think we found some stuff shock [absorber]-wise that can translate well to Mid-Ohio. Dalton’s showed well there too, and of course in Tatiana’s case, it’s the one track that she knows in an IndyCar because that’s where she first tested for us last year. I’m really excited for her.

“And then Toronto, I’m really happy for Dalton to race an IndyCar in front of his home fans for the first time [the event was canceled the last two years due to COVID-19 restrictions] and I think we have shown ourselves to have a good street course setup.” 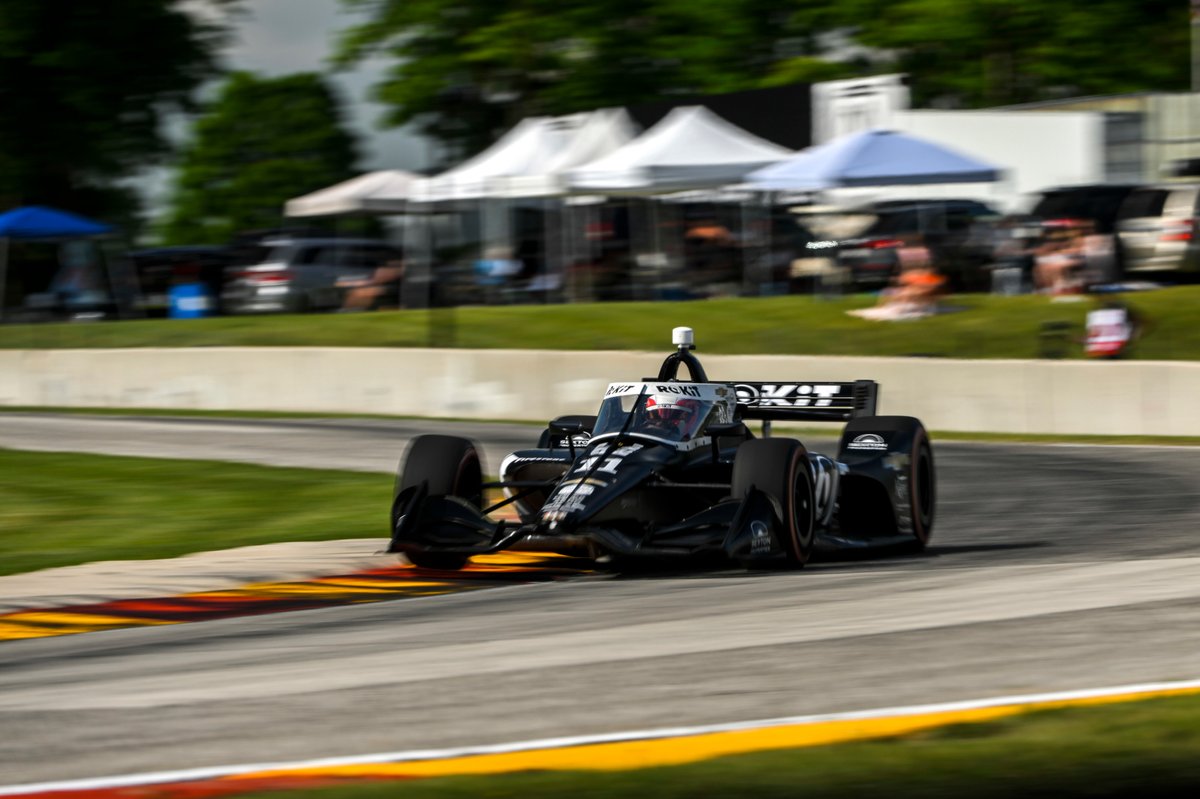