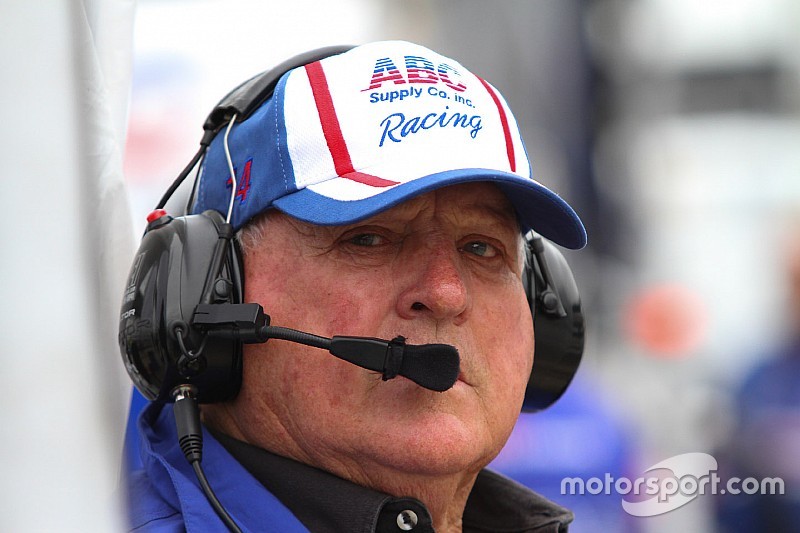 A.J. Foyt wants better results to come out of his two-car operation, which has struggled to be competitive in 2015.

A.J. Foyt Racing drivers Takuma Sato and Jack Hawksworth have struggled for results in 2015. Sato’s shining moment came at Detroit where he finished second in the second race while Hawksworth had a pair of seventh place finishes with a fastest lap in the previous day's race.

A.J. always loved the high banks and loves oval racing, so he definitely gets on us if we’re not performing here and so it does add a little stress

Both are looking to turn their seasons around at Texas Motor Speedway in what is team owner A.J. Foyt’s de facto home race since the team is based near Houston.

A.J. hasn’t been pleased with his team’s performance at Texas over the past few seasons and told Motorsport.com he might need to turn up the pressure a bit.

Sato’s season has been plagued with bad luck, from a mechanical failure at NOLA to less than stellar results at Barber and Long Beach. However, despite an aggressive first lap move on Sage Karam at the Indianapolis 500, he was able to come back from two laps down to finish 13th.

Sato and Hawksworth hoping to build on Detroit success

Sato doesn’t feel that there’s any pressure on him since this is the team’s home race. Instead, it’s just the opposite.

“I think it’s a positive after Detroit, this is our home race and lots of families of the boys are coming and it’s just a good feeling.”

“Obviously it was a tough season to start, a few moments in the beginning of the season, but we’ve turned it over, I think obviously weather helped us a lot to have such an exciting race in Detroit and here, the second half of the season’s started so hopefully we’ll keep good momentum,” Sato said.

Hawksworth hasn’t fared much better. The much maligned Brit finished last at NOLA after an incident with James Jakes, 21st at Barber, 23rd at the Indianapolis Grand Prix after handling problems affected him the entire race and 24th at the Indianapolis 500 after being involved in the accident with Stefano Coletti and Sebastian Saavedra.

However, a pair of seventh place finishes at Detroit seems to have turned Hawksworth’s season around.

“It was definitely nice to get back on the scoreboard, obviously we haven’t had a top ten since the first race of the season, so it was nice to recover there, I definitely think that there’s a feeling in the team that that was the start of our season and we’re ready now I think to make some improvements from Detroit and we’re ready now to continue out throughout the rest of the year,” Hawksworth said.

“It was good momentum for us coming here to Texas because this is an important race for us, we’ve got a lot of history here, I went to college just up the road here at TCU, so we’ve always got a lot of friends and family here, ABC Supply has a lot of guests here, and it’s a big race for IndyCar. There is always a lot of pressure, A.J. always loved the high banks and loves oval racing, so he definitely gets on us if we’re not performing here and so it does add a little stress but yeah, we definitely want to run well here,” Foyt said.

Sato and Hawksworth both have a mountain to climb in Firestone 600 as they qualified 13th and 17th respectively.