Racing legend A.J. Foyt has commended his new full-time ace Sebastien Bourdais for his stunning drive through the field at Barber Motorsports Park to claim fifth with a damaged car.

Bourdais had qualified the #14 AJ Foyt Racing-Chevrolet a surprisingly lowly 16th for the 2021 NTT IndyCar Series season-opener, given his speed in preseason testing, and was therefore one of the many drivers who had to pick his way through the scattered debris following Josef Newgarden’s Lap 1 shunt.

The floor of the ROKiT-sponsored car was badly damaged and according to an engineer from a rival team, “Sebastien’s undertray looked like it had been through a war – which effectively it had.”

Yet Bourdais, who has 37 Indy car wins to his name, adapted to the car’s modified handling characteristics and charged through to finish fifth, and second of the cars on the less favored three-stop strategy.

He even got close enough to the battle at the front to hit the front for four laps as the leaders pitted, and eventually passed the checkered flag barely 10sec adrift of Alex Palou’s winning Chip Ganassi Racing-Honda.

Seven-time Indy car champion and four-time Indy 500 winner AJ Foyt remarked: “I was glad to see the #14 be leading the race for a change. It’s been long time since I’ve seen that.

“Sebastien did a helluva job, got a little damage to the undertray in that first wreck but he came back hard and drove a great race. The crew did a great job in pitstops and Larry [Foyt, team president] called a perfect race.

“Fifth is not what we’re satisfied with but it will get better.”

“We overcame a really dodgy day starting 16th and we put on a good show, made a bunch of passes so really happy for everybody. I’m looking forward to St. Pete.”

Larry Foyt described it as a “really good start to the season for AJ Foyt Racing. We didn’t have the pace in qualifying we wanted, so both cars had to start towards the back.

“We were able to hit a decent strategy and Seb made some awesome passes to get the 14 car a top-five finish.

“Dalton [Kellett, driver of the #4 K-Line car] was mixing it up through the field as well and gained a great deal of experience today.” 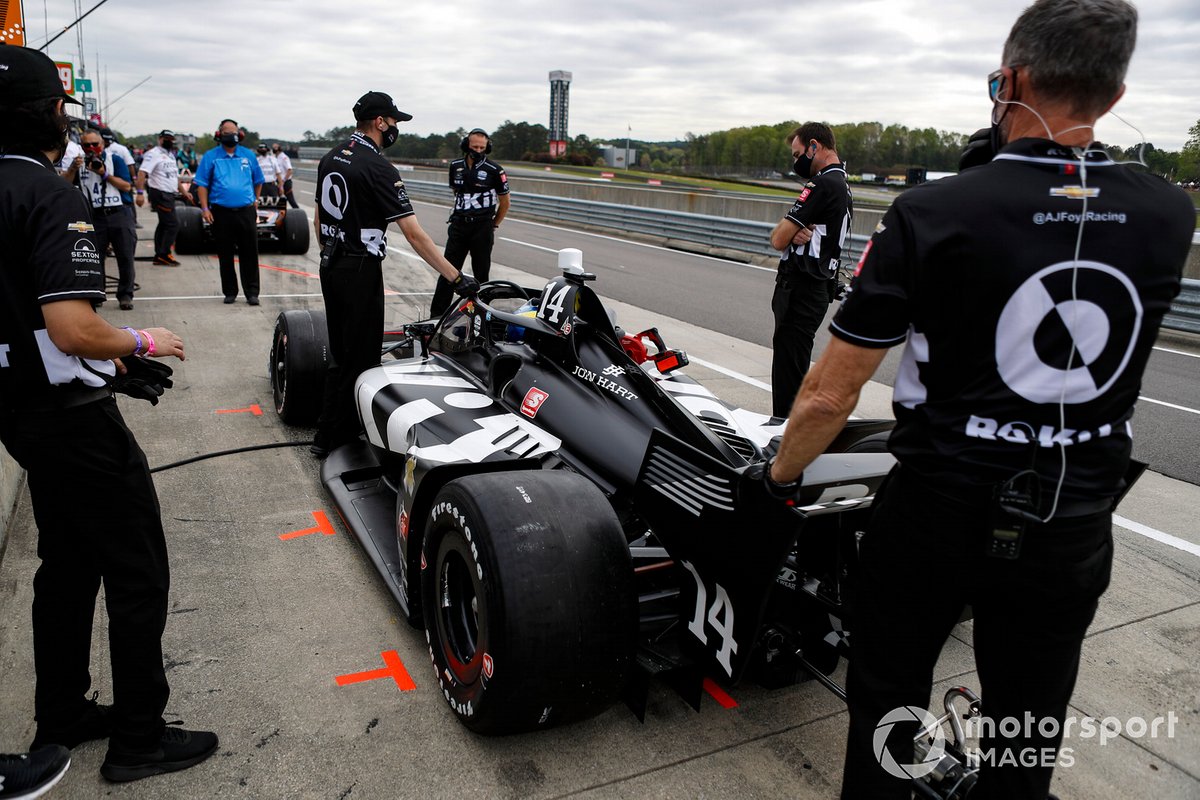