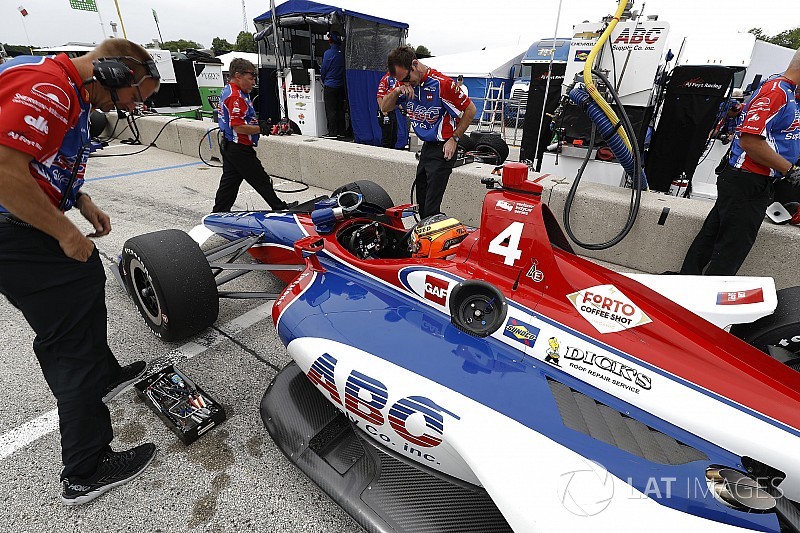 AJ Foyt Racing team president Larry Foyt has confirmed that the team’s principal sponsor and its veteran/rising star lineup of Tony Kanaan and Matheus Leist will all remain with the team in 2019.

There had been rumors that ABC Supply, now in its 14th year as title sponsor on the Foyt cars, might withdraw its support at season’s end. Since Target ended its sponsorship of Chip Ganassi Racing, ABC Supply has been IndyCar's longest-running principal sponsor.

However, Foyt told Motorsport.com that the sponsorship – and his current driver lineup – was secure for next year.

“ABC Supply signed a multi-year deal when we brought TK on board,” said Foyt, “and they’ve been pleased with the improvement in performance they’ve seen from us.

“They were impressed with Indy, with us leading several laps on genuine pace. TK was strong, and Matheus did a great job as a rookie.”

Foyt admitted that the hard results had been less impressive, with 43-year-old Kanaan scoring the team’s best result with seventh in Detroit 2, but said that he expected the new-for-2018 driver/engineer lineups to pay off eventually.

He said: “This year hasn’t been as smooth as we want but this is still a transition year for us – our first year with Tony Kanaan and our first year with Matheus Leist, and new engineers. The other teams have had more consistency but that’s what we’re trying to build now. We feel like we’re headed in the right direction.

“[Race engineers] Eric [Cowdin] and Tony work well together, Travis [Jacobson] and Matheus work well together and it’s exciting to think that we’ve got things settled and we’re staying the same into next year, for the first time for a while.

"Permanent road courses have been our biggest problem, but actually we're quite optimistic for here [Road America]. Tony finished second here a couple of years ago, and Matheus won the Indy Lights race here last year."

Foyt confirmed that for the foreseeable future, the team would continue to run Kanaan’s #14 car from its newer Indianapolis race shop and Leist’s #4 car from its Waller, TX base.

“I know, it’s a bit of a unique way of doing things,” he said, “but we have so many good people in Texas so uprooting them to move to Indy doesn’t make sense. Most of the engineering is up in Indy now, so they’re together, and it’s mostly mechanics for the #4 car that we have in Texas.

“It’s not ideal, but it’s not disruptive. From mid-April until last week, we were all in Indy anyway so we have a lot of time together.”

Phoenix removed from IndyCar schedule for 2019