In his latest Motorsport.com column, Pietro Fittipaldi talks you through his competitive IndyCar debut and his first-ever single-seater race on an oval track at Phoenix.

Last weekend I made my IndyCar debut at Phoenix, on the ISM Raceway oval track.

We had three days of testing in February at the track and I used those to get up to speed, learn as much as I could and that is what prepared me the most.

I had some oval experience in the past when I raced Late Models in NASCAR in 2011 and 2012, but it was very different. I only drove a NASCAR on half-mile tracks, very short ovals.

In an open-wheel car, you are going super-high speed and compared to the NASCAR you have to be a lot more precise. In NASCAR, the car is heavier, you can hustle the car more. You don't want to be hustling an IndyCar on an oval, or most likely you're gonna crash very soon.

I have a lot of family members with experience in IndyCar and on ovals and going into the weekend I had my grandfather [Emerson], my cousin Christian, my uncle Max Papis speak to me.

I also had a good friend of mine Oriol Servia, who raced in IndyCar in the past and will drive in the Indy 500 this year, come, help out and coach. It was really good to have him there and get me up to speed with all the procedures of an IndyCar race weekend. 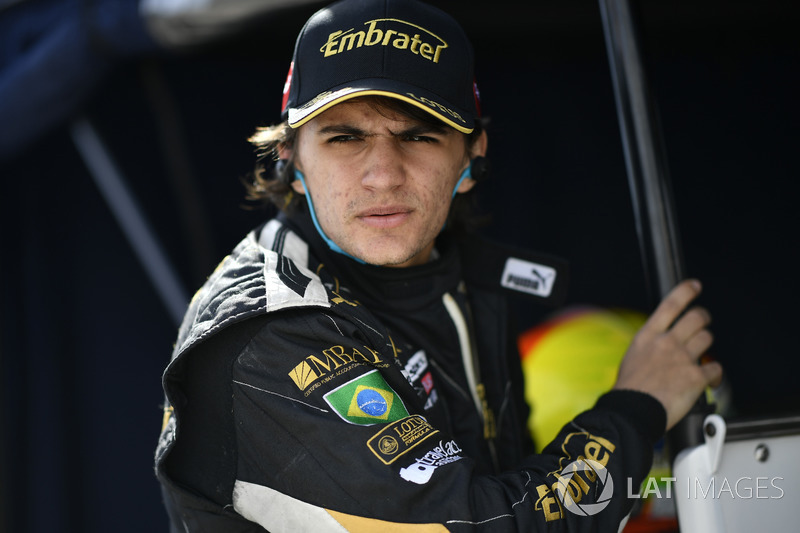 I also really enjoyed working with my Dale Coyne Racing team, especially my engineer Michael Cannon. He's doing a great job in general just to get me up to speed because it is a very different mentality from Europe to US racing.

You make a lot more changes in the setup in IndyCar than you would do in Europe. Setting up the car for ovals is very different because you only turn in one side and you have a banked track. The right-side tyres are usually bigger than the left-side tyres.

Usually, on a road course, you would change things together, if you make a front spring change you change both the left and right spring together so they have the same stiffness.

The car is unbalanced with weight; down the straight you're always turning a little bit to the right because of how the car is set up and the imbalance of the tyres.

The weekend was very difficult because the track changed a lot since February. It was a lot hotter, the temperatures were off the scale.

Going into the weekend on Friday, you have one 60-minute practice session, during which you only have two or three runs because nobody wants to go out in the beginning when the track is dirty.

When you end up going out you only get about 30 minutes of running and you go straight into qualifying. But qualifying was very good, as I took 10th place and my teammate Sebastien Bourdais was on pole.

I was the fifth car to go out and the temperatures were going down, but I never really knew how fast the track was. I didn't have time to find out, I had to go straight out and do two laps and box and that is the qualifying. Everything happens a lot quicker.

I told the team after my stint that if nothing happens, Sebastien, who was the last car to go out, can get the pole, and he did.

I felt like I left a bit on the table but it is because I was one of the first cars to get out. Anyhow, it was a very good qualifying, the team gave me a great car. 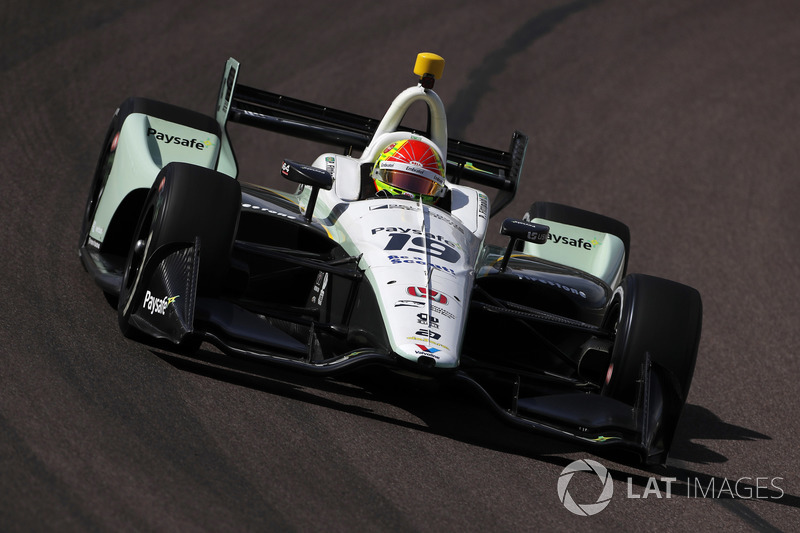 The goal for the race was to finish and gain as much experience as possible, particularly because I'm gonna be racing at Indianapolis and Phoenix is a very good practice for the Indy 500.

On the second lap I lost a position, I was running 11th, but I was quite comfortable and I felt that we had a really good car.

I was behind Ed Jones and the top nine cars got away from us because we got some traffic and it took me and Ed a little bit of time to get by the lapped car.

Once Ed got by, I also passed the lapped car on the same lap or a lap later. Then we caught the leaders very fast in five to eight laps because they were also behind a lot of lapped cars so their pace was very slow.

The problem was, as soon as I got behind the train of cars with my 40-45 lap old tyres, I just went into Turn 3 and 4 normal and they slowed down more than I expected.

I completely lost front grip, I got really close to Ed's gearbox on the entry and I got sucked in a vacuum and with the older tyres the car didn't hold.

I got a front push and I was out of line where all the dust and marbles were and then I was a passenger.

It wasn't even a crash, I just tapped the wall but it bent some of my wishbones and I couldn't continue.

Usually when you crash in IndyCar in the ovals, what I have heard, and hopefully I will never experience, you really feel the impact, it is a really heavy hit. Luckily this time I only tapped the wall. 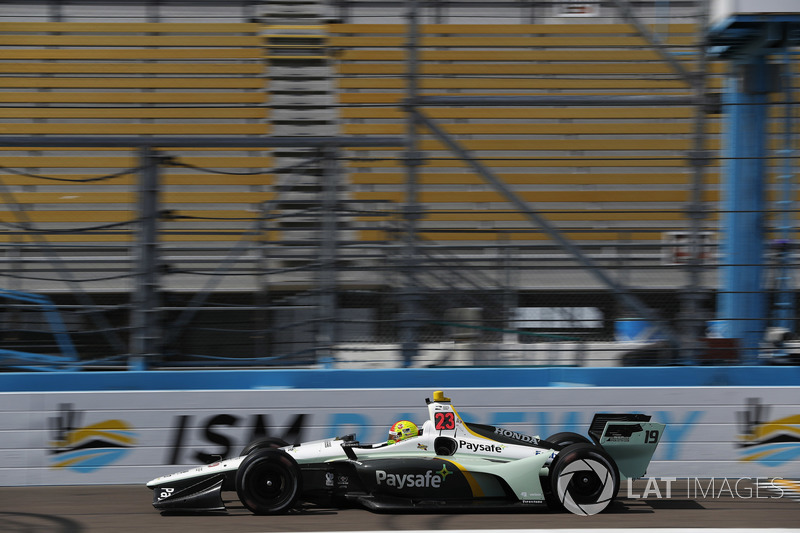 In the end, it was a tough break for us that we couldn't finish the race because I honestly felt like we could have had at least a solid top 10 finish, maybe a top-five.

Now it is hard to tell because we didn't finish, but I felt the car was very good and I was really looking forward to doing the whole race. The main goal for the weekend was to do a good debut but also to learn as much as possible, which I did.

I am very happy that we were able to show really good pace in the top 10 in qualifying and running with the top 10 group throughout the first part of the race.

It gives me confidence for the Indy 500, but then again that is a superspeedway, it is very different. I'll have a lot of test days the week prior to the 500 to learn as much as I can. Dale Coyne ran very well last year there, I believe we will be competitive again.

Before that, my next race weekend will be at Suzuka with the Super Formula on April 22nd.

I'm not sure what to expect. As a driver obviously I want to win every race and we were running well in the test, we were top eight on the last day.

I think we just have to arrive at Suzuka and do our best, but I am confident and the goal is to get podiums and trying to get race wins this year.

Final round before 24 Hours of Le Mans Virtual.