Ferrucci confirmed as Indy 500 Rookie of the Year 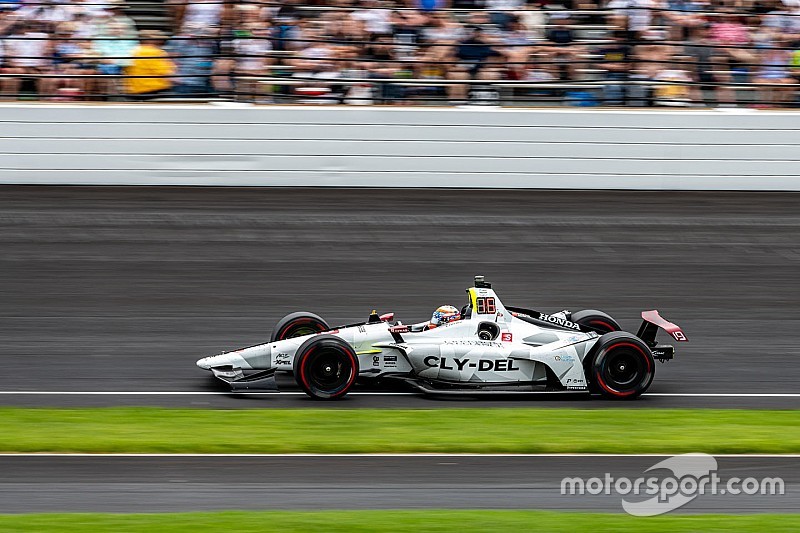 Santino Ferrucci, who finished seventh and top-placed rookie in last weekend’s Indianapolis 500, has been confirmed as the race's Rookie of the Year, and he's also moved into the lead of the NTT IndyCar Series 2019 Rookie of the Year standings.

Although the award often goes to the highest-finishing rookie, it is actually decided by vote, allowing leeway to award it to drivers who are considered to have perhaps outperformed their equipment in qualifying and the race, or who led laps but suffered a DNF.

For example, two years ago Ed Jones finished third in the Indianapolis 500 as a rookie driving for Dale Coyne Racing. However, the Rookie of the Year Award went to Fernando Alonso, who led 27 laps and was one of the victory contenders until his engine blew.

This year, Ferrucci, another Coyne driver who is co-engineered by Michael Cannon, Olivier Boisson and Sebastien Bourdais' race engineer Craig Hampson, impressed throughout practice, qualifying and the race. He didn’t shunt in practice unlike fellow rookies Felix Rosenqvist and Patricio O’Ward, qualified comfortably in 23rd, made 30 on-track passes (more than any other driver), skillfully avoided the five-car wreck in the final quarter of the race, and finished seventh, ahead of two former Indy winners, Ryan Hunter-Reay and Tony Kanaan.

The next highest rookies were Marcus Ericsson and Jordan King in 23rd and 24th, both of whom made big mistakes in pitlane.

Ferrucci, who turns 21 this week, earned $50,000 as Rookie of the Year, and now takes the lead in the NTT IndyCar Series rookie standings, and 10th overall.

“To be honest, it’s finally sinking in,” he said at the Indy 500 banquet last night. “You can only win Indy 500 Rookie of the Year once. That hadn’t occurred to me until now. It’s quite an honor.

“I can’t thank the team enough for giving me such a fantastic car. I was comfortable in the car all month and I think as a rookie that’s really important. Thank you to Honda, Firestone, and Cly-Del Manufacturing who has been behind me through everything that’s happened in the last few years.”