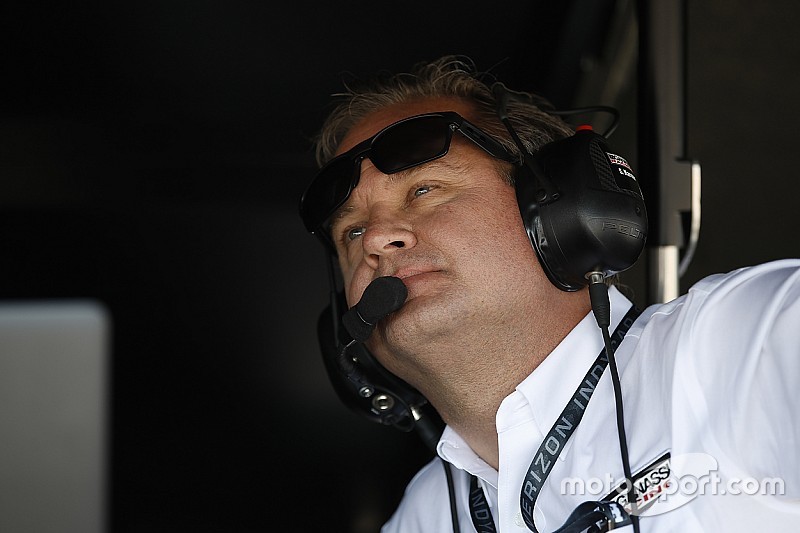 Scott Harner, who departed Chip Ganassi Racing earlier this month, has joined AJ Foyt Racing as VP of operations and will be based in the team’s Speedway, IN. race shop.

Harner spent 25 years at Ganassi’s operation in a variety of roles including mechanic, transporter driver, fabricator, and spotter. But from 2000, he worked as team manager and for the last 15 years was co-team manager of the IndyCar team with Barry Wanser.

Larry Foyt, AJ Foyt Racing team president, hopes that Harner will now help the team overcome one of its logistical hurdles – namely that the Matheus Leist #4 Foyt-Chevrolet is run out of its Waller, TX. base, while the #14 of Tony Kanaan operates from Indy.

“I'm thrilled to have Scott joining AJ Foyt Racing,” said Foyt. “He brings a great deal of experience and skills that will complement the team we have in place.

“Having a managerial presence in the Indianapolis shop was much needed, and when Scott became available we knew he was the right person for the job.”

Harner, whose career in motorsports began in 1985 as a mechanic, said, “I want to thank A.J. and Larry for the opportunity to join AJ Foyt Racing. I’m looking forward to the challenge ahead.”

In addition to managing the day-to-day operation of the Indy-based team, Harner will work closely with team director George Klotz, who oversees the Texas-based operation.

The team, which endured a tough two days in Spring Training at Circuit of The Americas, will be testing at Sebring next Monday.