An elated Ericsson, who charged onto the tail of hitherto dominant leader Josef Newgarden in the closing stages to score a runner-up finish, said: “We had a great day to get 2-3-4 there for the whole team. I’m really proud, the car was great out there.

“We were pushing really hard at the end to catch Josef – couple of more laps and we could have challenged for it, but P2 is a very good result today.

“Up to P5 in the championship, not too far from the guys ahead. It’s been very positive momentum since my win at Detroit and I’m starting to show what I can do. Really happy, feels good to go into the summer break and recharge for the last part of the season.”

With Palou climbing from seventh on the grid to finish third on a day when Pato O’Ward could salvage only eighth having started 20th, the Spanish series sophomore inevitably extend his championship lead. It’s now out to 39 points with six races to go.

“We were really fast and that’s why I was super-happy,” said Palou who went a lap longer than Dixon and Alexander Rossi ahead in the second stint, nailed a brilliant in-lap, and emerged ahead of them both. “Yesterday I missed a bit in qualifying to get into the Fast Six but we did a good strategy, the guys in the pits were amazing – I think we had the fastest stops and that’s what gave us this podium today.

“So super-happy, super-proud about a good day.”

Dixon, a six-time winner at Mid-Ohio, didn’t look a match for Ericsson and Palou neither on Firestone primaries nor alternates, and confirmed as much afterward.

“The rear of the car, we just couldn’t hold on to throughout the race,” said Ganassi’s six-time and reigning champion. “It was definitely very frustrating. We couldn’t push at any time, we tried to adjust during the race.

“We’ve got to do some work, we need some work.”

Regarding his championship prospects, now that he’s 56 points behind Palou, Dixon said “It’s still doable. I had a 130-point lead at some point last year and it went down to 15 or something, so it’s going to be tight!

“We have some interesting tracks coming up towards the end of the season. A four-week break will be interesting for a lot of us too.”

Regarding his clash with Will Power that resulted in the Penske-Chevrolet driver failing to finish the race, Dixon said: “We had to get past Will [who started on primary tires], but obviously I don’t want to take anybody out. I think it was just a racing incident.

“We were pushing hard, and if you give too much room on the outside line – like last year I gave him too much on the outside and he kinda ran me off the track there – so I didn’t do anything on purpose.

“Sorry for his day, but definitely a tough race for us.” 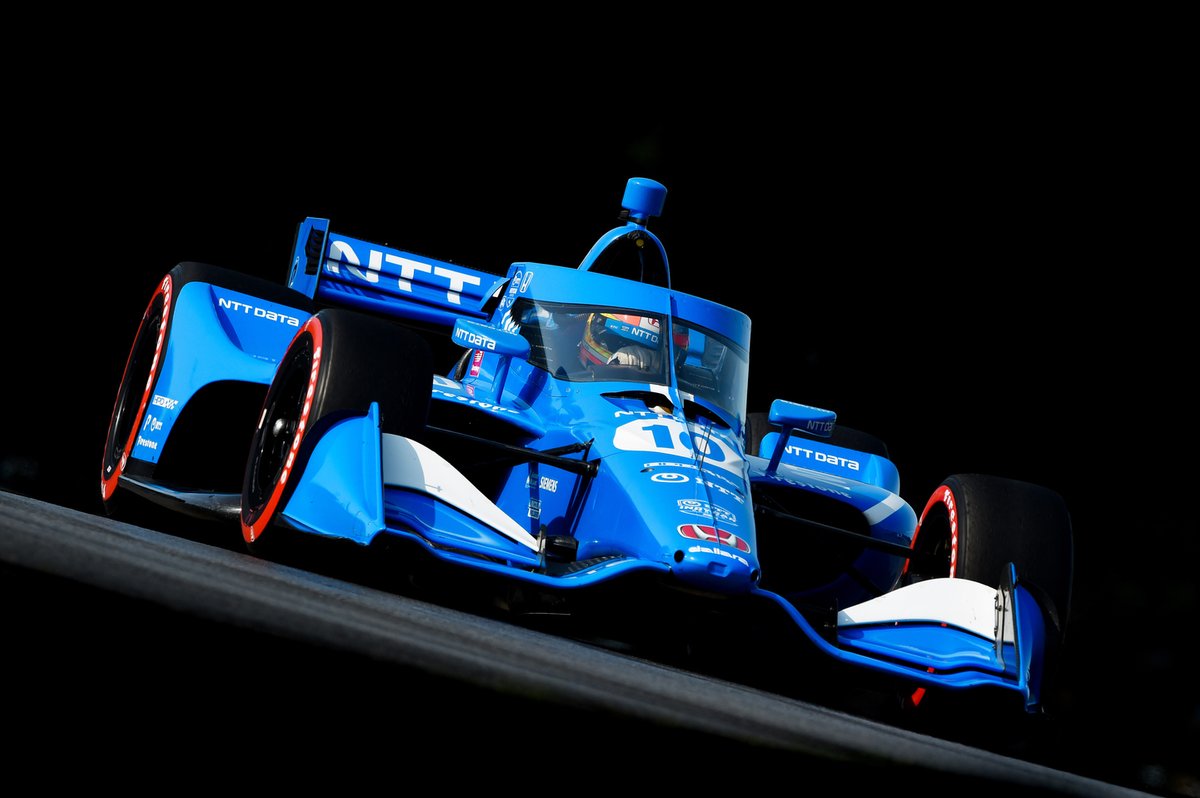 Newgarden was calculating grip loss to win at Mid-Ohio

Scott Dixon said his 53rd IndyCar victory was a credit to his team, after repairing damage in the early stages of the race.