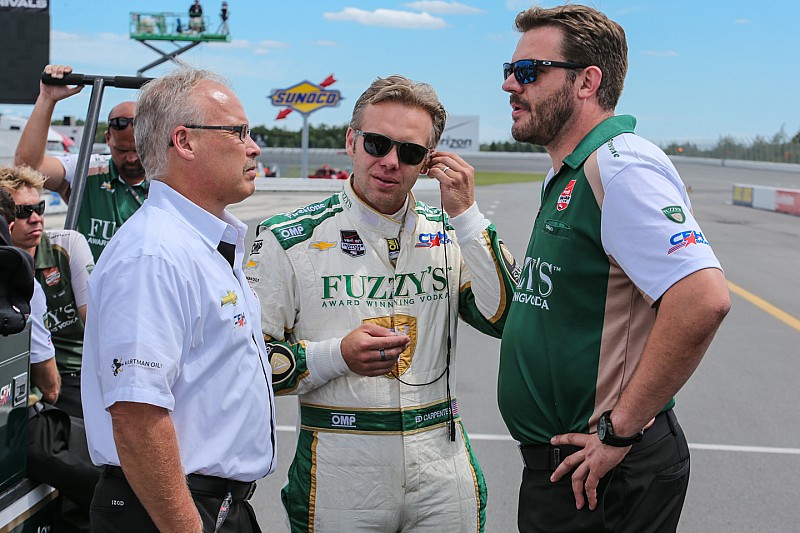 The team has announced that previous co-owners Sarah Fisher and Wink Hartman have stepped back and stepped away, respectively, from team ownership.

ECR and Sarah Fisher Hartman Racing (SFHR) combined their respective single-car teams in August of 2014 to create CFH Racing, and last year saw Josef Newgarden score two wins. However, falling oil prices were reputed to have hit Hartman’s oil company hard, and heavily reduced what he could invest in the team going forward.

"After competing for a year as CFH Racing, we will be returning to ECR for 2016 and beyond," stated Ed Carpenter. "While we had a great year as CFH Racing, we have had some partnership changes within the organization and it makes the most sense to return to ECR. I am proud of what we have accomplished as a team since we started in 2012 and look forward to building upon that success for another exciting Verizon IndyCar Series season."

Fisher, while concentrating on a new business venture with her husband Andy O’Gara, Speedway Indoor Karting, will continue to work on sponsorship development and work with existing team partners.

Said Fisher: "It's important for IndyCar to have strong entries on grid and this team needs to be two of them. So I will do what I can to help them with business developments and continue with solutions for our current partners.

“I am lucky to have been an owner in this series for eight years, having incredible memories along the way.

“Lastly, I am extremely thankful to Wink and Libba Hartman for everything they've done to help us get to where we are today."

The team will remain headquartered in its current location on Main Street in Speedway, Ind. Ed Carpenter, Tony George and Stuart Reed are the owners of ECR.

ECR’s first test will be at Phoenix on Feb. 8.

Said Carpenter: "We have had a very productive off-season and our plans are well underway for a successful year."

2014 Indy 500-winning car to be auctioned this weekend

Honda must get it right, says Andretti engineer