Ed Carpenter and Sarah Fisher to merge teams in 2015 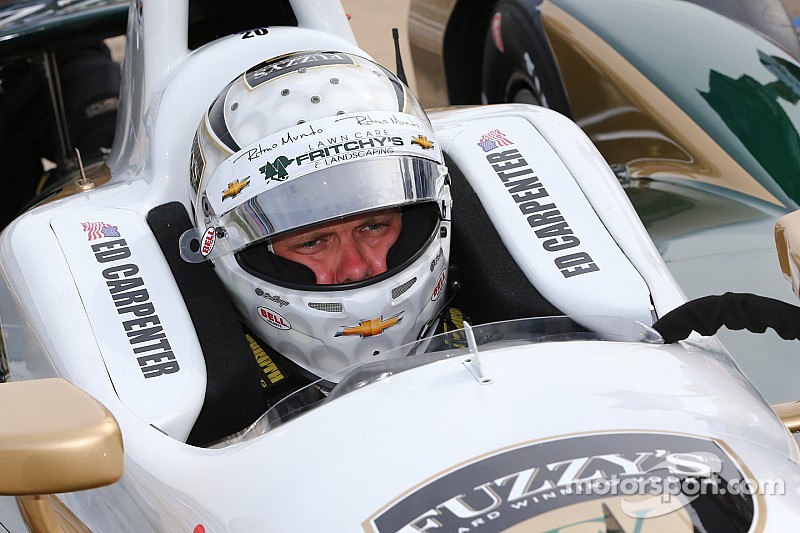 INDIANAPOLIS (Aug. 16, 2014) – A merger was announced today between Ed Carpenter Racing and Sarah Fisher Hartman Racing to form a multi-car organization for the 2015 Verizon IndyCar Series. The team will be known as CFH Racing.

The two single-car teams, both based in Indianapolis, will join this offseason to establish a multi-car operation and will be headquartered at the current Sarah Fisher Hartman Racing shop at 1255 Main St. in Speedway, Ind., just a few blocks from the famed Indianapolis Motor Speedway.

Details on the future of CFH Racing, including personnel, suppliers and sponsors, will be announced in the near future.

There will be a lot of work to do this offseason to bring the two teams together to form one new team, but we feel that it is a great opportunity for all of us to grow and reach new heights of success

Ed Carpenter Racing, established in 2012, has become the most successful single-car team in the IndyCar Series since 2004, scoring three victories in 2014 with Mike Conway capturing the Long Beach and Toronto street races and team owner/driver Ed Carpenter winning at the Texas Motor Speedway oval in the No. 20 ECR/Fuzzy’s Ultra Premium Vodka Chevrolet.

Sarah Fisher Hartman Racing, formed in 2008 and co-owned by Sarah Fisher and Wink Hartman, won its first race in 2011 at Kentucky Speedway with Carpenter behind the wheel.

“I am very excited about this new opportunity to merge Ed Carpenter Racing with Sarah Fisher Hartman Racing in CFH Racing,” said Carpenter. “We had success together in 2011 and have always had a great relationship. It doesn't seem like it was that long ago that we won our first race together at Kentucky Speedway.

“I look forward to getting started with this new team and continuing to add to the success that each of our teams have had in the past. There will be a lot of work to do this offseason to bring the two teams together to form one new team, but we feel that it is a great opportunity for all of us to grow and reach new heights of success. There are a lot of details we will need to finalize after the season comes to a close, so for now we are focusing on finishing this season on a high note for Ed Carpenter Racing.”

“The merger of the two teams is a big-picture plan,” said Fisher. “At the nucleus of all parties, there is a lot of synergy that has great potential for the future. Working with Ed, and capturing that first win, was a foothold in our team, and I look forward to the many more that will come as a result of bringing all the parties together.”

Hartman, a highly successful businessman in Wichita, Kan., and owner of Hartman Oil, joined Sarah Fisher Hartman Racing as co-owner in December 2011. Hartman was named “Businessman of the Year” in 2008 by the Wichita Business Journal.

“I am excited about the opportunity for Sarah Fisher Hartman Racing to join with Ed Carpenter Racing to create a top-tier Verizon IndyCar Series team,” said Hartman. “The newly formed collaboration as CFH Racing will allow us to double down on our commitment to be successful on and off the track.”

Ed Carpenter Racing, currently based at 4035 Championship Drive in Indianapolis, and Sarah Fisher Hartman Racing will finish the 2014 Verizon IndyCar Series with races at Milwaukee, Sonoma and Fontana this month before combining efforts during the winter months.

Power on pole at Milwaukee Mile