ECR “the best we’ve been as a two-car team,” says Carpenter 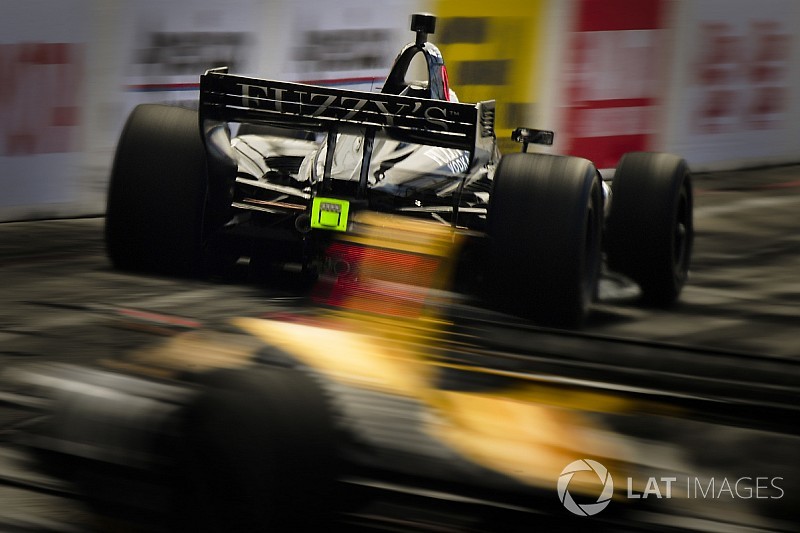 Despite his own seventh place at Phoenix being the highest finish for an Ed Carpenter Racing-Chevrolet this year, the team owner himself said he’s encouraged by ECR’s improved consistency in pace.

Carpenter’s new road/street course driver in the #20 car, Jordan King, was an impressive fourth on the grid in St. Pete after a wet/dry qualifying session, while in Long Beach he rose from 12th on the grid to contend for a podium finish until struck by braking issues.

Meanwhile Spencer Pigot, driving the #21 car full-time, was bounced out of contention by a clash with Graham Rahal in St. Petersburg, struggled with handling balance in Phoenix, and suffered gearbox issues throughout last weekend’s race at Long Beach.

Asked by Motorsport.com if he felt that ECR, after a year of treading water, was getting back to the form it showed in 2016, when Josef Newgarden led the team to fourth in the championship, Carpenter said: “Yeah, for sure I feel that way.

“We’re all pushing each other, and I feel like it’s the best we’ve ever been as a two-car team, definitely. We’re under the radar somewhat because we don’t yet have the results, but I feel like as long as we continue to be a major factor, the breaks will come our way.

“We’re pretty encouraged by the pace, there’s been some consistency in that regard, so we just have to keep plugging away and clean up the things that we can fix.

“Jordan’s brake problem [at Long Beach], that was on us. The master cylinder came loose from the mount, got air in the system and he lost his brakes so he had to come in under the yellow, and lost a lap. It was a shame because his strategy was the right one on the day. I think once those guys [Sebastien Bourdais and Scott Dixon] got drive-throughs for stopping in a closed pit, we’d have cycled through to third. We were ahead of [Ed] Jones when the brake problem occurred.

“Spencer wasn’t able to show his potential because he had gearbox issues the whole race, so all in all it’s a race to forget, results-wise. But like I say, we feel we’ve made gains in terms of speed. We can be proud of that.”

Despite King getting penalized at Long Beach for tapping Bourdais into a spin, Carpenter said he was happy with his rookie. “I’m impressed with everything he’s doing,” replied Carpenter. “His pace, his feel for the car and the tires, and his racecraft. We’re happy to help him develop, and I think he and Spencer are going to get good results once things go our way.”