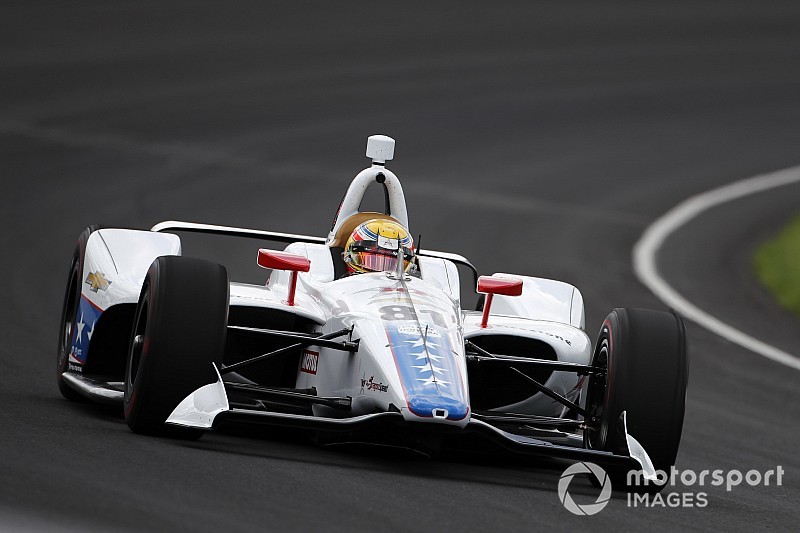 Elton Julian, team principal at DragonSpeed, has announced that next month’s 24 Hours of Le Mans will see the team entering LMP1 for the final time, as he seeks to extend his NTT IndyCar Series campaign in 2020.

A statement from DragonSpeed, which has won endurance races in IMSA, ELMS, and FIA WEC competition this year, said that it will “focus its energies on expanding its current schedule of selected NTT IndyCar Series events in 2020.”

Julian said: “The Le Mans 24 Hours next month will be our final LMP1 and regular WEC outing, allowing us to ramp up our IndyCar efforts on both the technical and marketing fronts.

“We’re not leaving the WEC completely, as we plan to enter our number 21 LMP2 ORECA 07-Gibson in individual rounds, including Spa, Brazil, and Le Mans, with Le Mans of course subject to us earning or being granted an invitation. We’re also considering running Daytona and Sebring with IMSA again.”

He continued: “We’ll definitely be continuing in the ELMS, which we think offers the best sportscar racing on the planet and remains the ideal series for the top gentleman drivers. With the kind of competition you get from 19 regular LMP2 entries, we take pride in the fact that the last two ELMS victories with a Bronze driver, in 2016 and 2019, have been ours.

“For us, the potential for growing DragonSpeed as an engineering and commercial concern is far clearer in IndyCar than anywhere else in the sport, given the quality of racing and stable formula. That’s what’s driven our decision.”

DragonSpeed this weekend is attempting to start the Indianapolis 500 for the first time this month, with driver Ben Hanley. It is one of five planned entries in IndyCar this year, Hanley having raced already in St. Petersburg and Barber Motorsports Park, and with Road America and Mid-Ohio also on the team's schedule.

The outfit has campaigned a Gibson-engined BR Engineering BR1 in LMP1 in the WEC this year, but its #10 car has struggled for results and is yet to finish higher than sixth.

However, it recently claimed a first class win in LMP2 at Spa-Francorchamps with its #31 Oreca 07, raced by Anthony Davidson, Pastor Maldonado and Roberto Gonzalez.