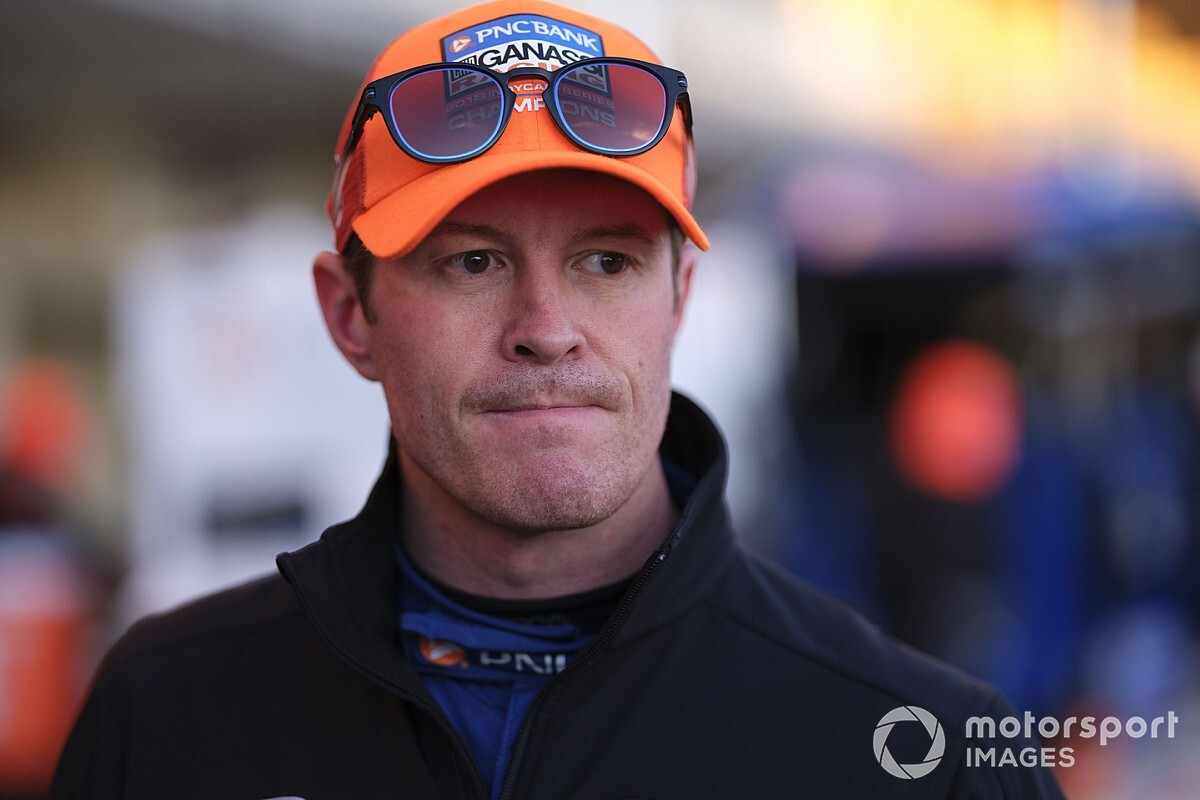 Ahead of this weekend’s 2020 NTT IndyCar Series season-opener at Texas Motor Speedway, five-time champion Scott Dixon says he wishes the series hadn’t been so radical with the regulation of tire usage.

IndyCar has introduced a 35-lap limit for tires in Saturday evening’s Genesys 300, to mitigate the fact that Firestone will be bringing the same compound and construction tires as last year, despite the aeroscreen altering an IndyCar’s center of gravity and weight and therefore increasing front-right tire wear. This is due to Covid-19 pandemic halting Firestone’s production and development process.

IndyCar is therefore playing the situation cautiously on a track where the field laps at 215mph, there is a dearth of data given that testing has been non-existent over the past three months and the rookie test was held in mid-February, whereas this weekend could see ambient temperatures nearing 100degF.

Texas Motor Speedway has occasionally seen tire problems, too, most recently the blistering in 2018 – although predictably the complaints from drivers became muted when top three finishers Dixon, Simon Pagenaud and Alexander Rossi reported no problems.

Five-time champion Dixon, however, believes IndyCar has erred too far on the side of caution on this occasion, where previously IndyCar stint lengths on TMS's 1.5-mile oval were typically 60-65 laps.

“Shortening the stint by half, I think kind of eliminates the whole tire deg[radation] thing,” he commented. “I wish there was more of a range they'd come up with as opposed to chopping it right in the middle.…

“It's definitely going to be interesting to see how that plays out. It’ll put a lot of emphasis on pit stops, in-laps. Could create other issues. Refueling is going to be short. A lot of pressure on the pit crew guys.”

The Chip Ganassi Racing ace, who won at TMS in 2008, ’15 and ’18, said there may be additional hazards as a consequence of the shortened stint length.

“[With] the tire grip, the possibility of it becoming a pack race again could be interesting, too, which you hope doesn't happen,” he said. “Plus the emphasis of having good in-laps because it's going to carry over so much of your pit stop time, the time you're on pit road, you don't want people overextending themselves on pit entry and sliding back up onto the track, which we have had in previous years…

“But you hope that it's not going to be something that occurs. I think the professionalism of all these teams and drivers now is very good.”

With the event squeezed into one day – 1hr20min of practice, then qualifying, followed by a (shortened) 200-lap race – Dixon said he hoped that Ganassi’s expansion to three cars, with Marcus Ericsson joining he and Rosenqvist, will be a help.

“An hour and 20 minutes, you've got the possibility of trying to do gear changes,” he observed, “[but] once you go into qualifying, then you go into impound, you can't change anything for the race. You got to cover a lot of bases in such a short amount of time…

“You’ve just got to go in with a positive mindset. Yes, I think a team like ours that has a lot of resources, running in different configurations, might have a slight advantage. But honestly, the competition now in the series is through the roof. It's going to be tough in any format.”

That said, Dixon admitted he liked the idea of one-day events and more double-header events, which so far have been confirmed for Road America, Iowa Speedway and WeatherTech Raceway Laguna Seca in 2020.

“I'm in favor of these short events,” he said. “I love the fact that we're throwing in a ton of doubleheaders, as well. I've always been a big fan of the doubleheaders. If you are going to be there, you should be racing. What better way than to have two full-distance races?”