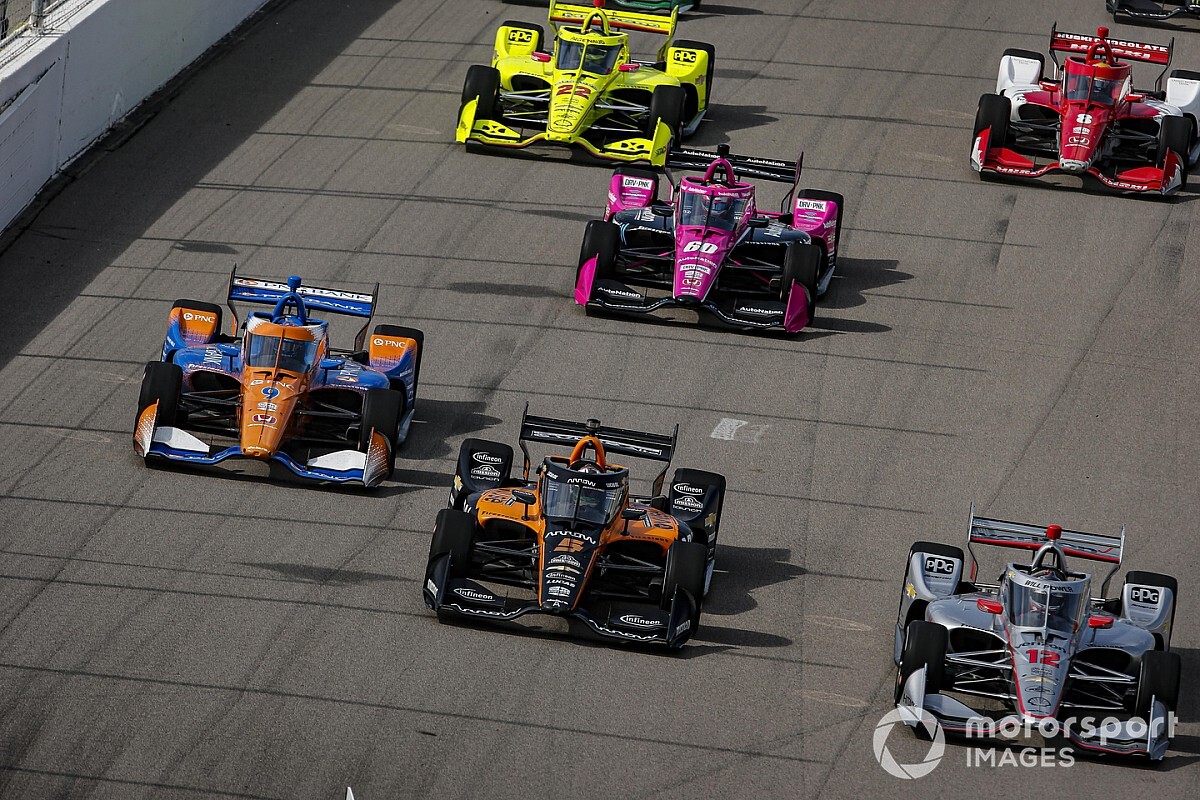 The 2018 Indy Lights champion came into the season with just eight IndyCar starts to his name, having driven only half a season with Carlin in 2019, blending it with Formula 2 and Super Formula outings.

However, O’Ward’s runner-up finish in Sunday’s season finale at St. Petersburg – separating Dixon from race winner Josef Newgarden of Team Penske – was his fourth podium finish of the year, and earned him fourth in the championship.

“I’m pretty impressed with Pato,” Dixon told Motorsport.com. “He did a hell of a job all year.

“Actually, I need to talk to Zak [Brown, McLaren CEO] again because I did say he should go with Pato, so I should maybe get some commission on that…”

“Seriously, though, Pato’s been superb and there’s a lot of great talent there at that team.”

One of O’Ward’s most memorable moments was leading from pole in the second race at Road America’s double-header. He led 43 laps, but slightly excessive tire degradation lost him the lead to Dixon’s Chip Ganassi Racing teammate Felix Rosenqvist less than two laps from the checkered flag.

Yet, aside from his speed on all types of track, one of the most impressive aspects of the Arrow McLaren SP driver’s season was how few mistakes he made.

“Yeah, that was pretty cool to see,” said Dixon. “I think that’s what everyone expected. They said, ‘Oh, he’s fast but he’s gonna crash too much’, or, ‘He’ll make misjudgments that take people out in the races.’

“And that’s just not been the case at all. I thought Pato raced everyone hard but respectfully all year. In fact, I’d say he’s one of the best guys on the track in crazy situations like starts and restarts. He’s hard but fair, gives you enough room, doesn’t run you off the track.

“The team didn’t always have the speed at every track, but Pato drove like a veteran – a very talented and quick one.”