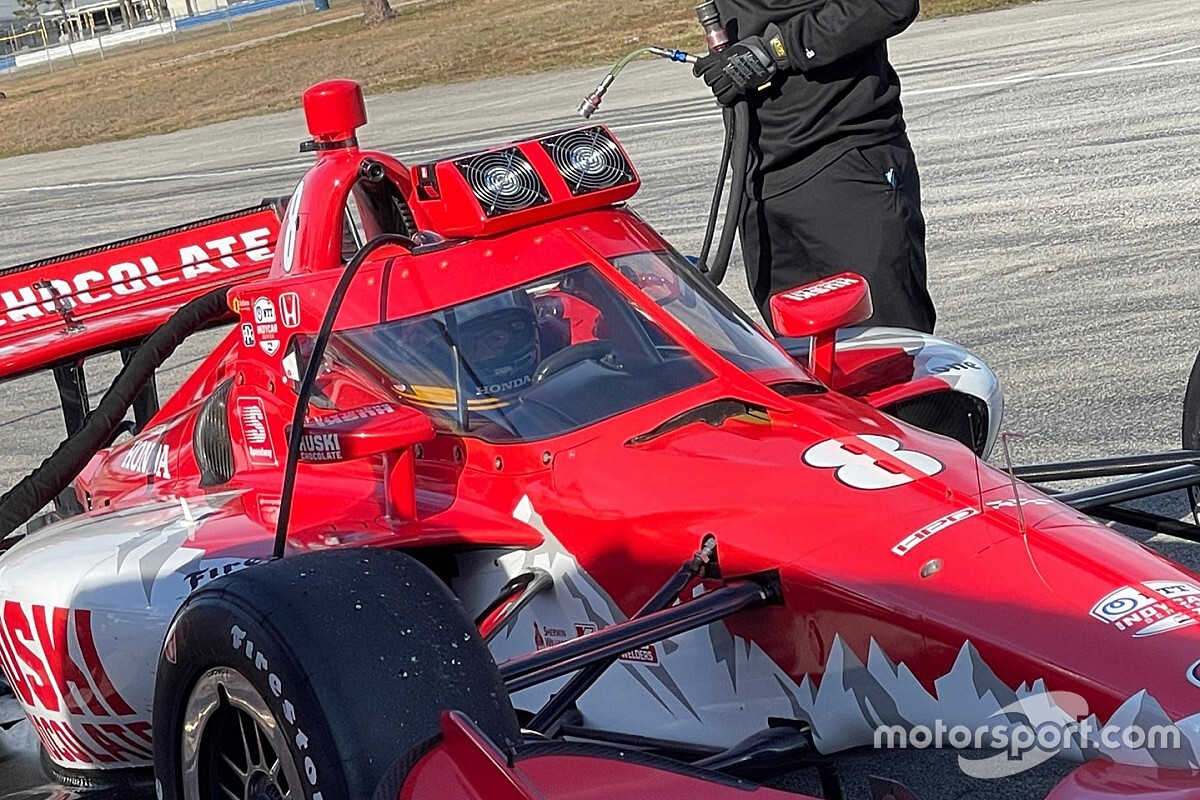 The 40-year-old reigning champ, who has 50 IndyCar wins to his name, lapped the 1.7-mile course in 52.320sec, one-tenth faster than Marcus Ericsson (pictured above) who is about to embark on his third IndyCar season and his second with the legendary Ganassi team.

Less than half a tenth behind them was one of the team’s new recruits, series sophomore Alex Palou, who had previously tested with the squad at Barber Motorsports Park and WeatherTech Raceway Laguna Seca.

A.J. Foyt Racing-Chevrolet’s Sebastien Bourdais, who ended last season on an upbeat note with fourth place at St. Petersburg and this year becomes a full-timer, was a little more than a quarter-second off Dixon’s pace. His teammate Dalton Kellett is was a further three-tenths in arrears, the pair separated by Max Chilton in the Carlin-Chevrolet.

Seven-time NASCAR champion Jimmie Johnson turned more laps than anyone else as he continues his brave effort to adapt to open-wheel racing. He ended the day just under 1.4sec from teammate Dixon’s pace.