Scott Dixon has admitted he wasn’t sure how much downforce he had when he embarked on his four-lap run that won him pole for the 105th running of the Indianapolis 500.

Dixon’s fourth Indy pole and 27th of his career, was his first IndyCar pole anywhere since he went quickest here in 2017. It resulted in an average speed of 231.685mph, and beat off strong opposition from Colton Herta of Andretti Autosport-Honda and the Ed Carpenter Racing-Chevrolet pair of Rinus VeeKay and Carpenter himself.

“It was pretty hairy, glad it's over,” said Chip Ganassi Racing’s six-time and reigning IndyCar champion who has 51 wins to his name, including the 500 back in 2008. “It was definitely pretty tense.

“When I saw the first few cars run, it was calm. I saw the ECR cars run and I was like, ‘That's pretty strong, wasn't expecting that.’ I was able to watch Colton's four laps, too: wish I hadn't before I went out. I knew his consistency was probably going to be a tick better than the other two, and it sure was.

“Yeah, for our car you're kind of just guessing [at downforce levels]. I could see the mechanics working on the car as we rolled through, adjusting the wings. I asked them not to tell me – I knew it was only going one way, and that was trimming out more! I knew they were going to be pretty aggressive because we had already started pretty aggressive.

“At Turn 1 for the first lap it was very loose, and I was already maxed out on all the controls. I knew it was just going to be holding on for lap three and four. Lap 4 was definitely pretty rough, especially through Turn 3. I think we did it three-hundreths or some crazy number.”

Asked to verify that he wasn’t told by race engineer Michael Cannon what his downforce level was, Dixon smiled and said, “He makes me nervous a lot of the time. I sit across from him every day. He shakes a lot, which makes me shake now. Some of the times when we're going through the process, actually last week, too, where we kept missing calculations by a little bit.

“I knew they were going to monitor the other cars rolling up to go out, see if anybody made any changes. We felt we had a fairly good idea of trim levels. We were already starting fairly aggressive to some of the teammates.

“And when they're adjusting, I knew they're only going one way, that was more [trim] out. I didn't hear the final number.”

Asked how important it would be to add a second Indy 500 win, after clocking up three runner-up finishes in 2007, ’12 and ’20, he replied: “It's goal number one, the first goal that we set for the team all year first. Then you focus on the championship. That's never changed. I think the first time you step onto this place, come with one of the best teams, that's the obvious sort of goal for us to try and achieve that.

“I can tell you [second] is the worst spot to finish. Last year was frustrating. Again, this place owes me nothing. We got to keep knocking on that door and hopefully one day again, one day soon, that opens up.” 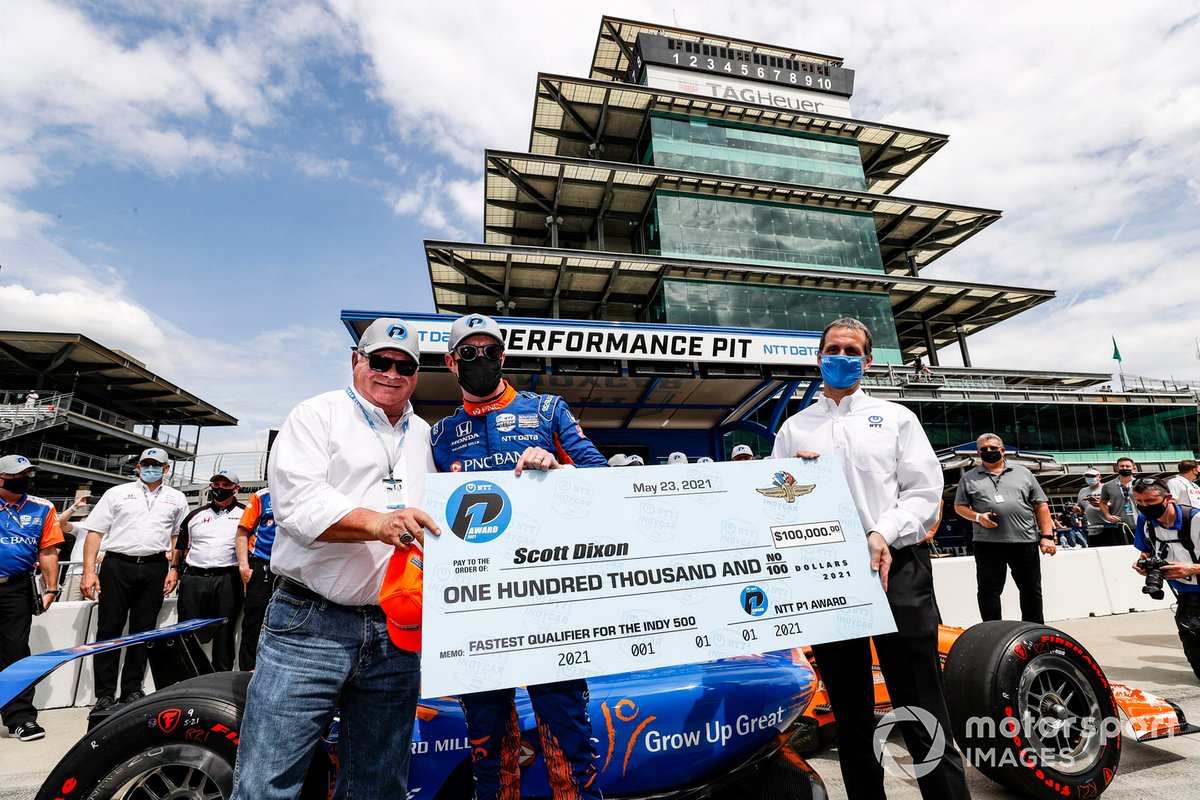