Dixon: “A team like ours shouldn't be as lost as we were” 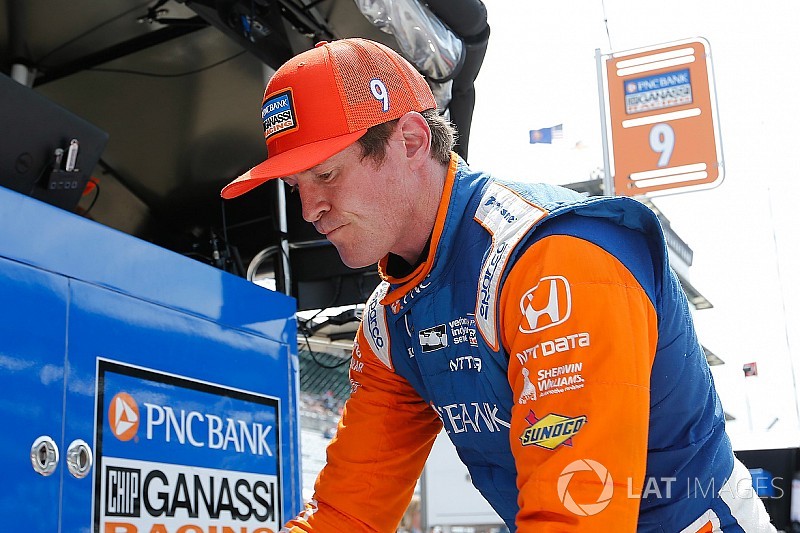 Despite a second place finish on the IMS road course in the IndyCar GP, Scott Dixon says Chip Ganassi Racing should never be in the situation that required him to climb from 18th on the grid, and added, "we’re kinda stuck in our ways."

Following a disastrous qualifying session that resulted in he and Ganassi-Honda teammate Ed Jones qualifying 18th and 15th respectively, Dixon observed that the increasing heat seemed to deteriorate their cars’ handling.

While Dixon was relieved to score his first podium of the season, and praised the Ganassi team’s efforts to turn the situation around post-qualifying, he remained disappointed that the team had started the event so far off the pace.

“It was definitely a rough weekend,” he said. “The heat really seemed to affect our car a lot, especially in practice 2 and then into qualifying, and we threw a big change at it for qualifying, which is probably not the smartest thing to do, and obviously that got us pretty good.

“But this morning we found quite a bit in the warmup, and then we kind of compromised between what we had found throughout the weekend. Big kudos to the team. Everybody on the PNC Bank team did a fantastic job. The pit stops were amazing.

“In that first stint, I think we were running almost two seconds a lap faster than the rest of the field, and that's where we made that big jump. Then later on in that segment we were able to pass a few more just on outright speed.”

Asked how much change was made on the cars from Friday to Saturday in the two-day event, Dixon smiled: “Man, that's a long list! Dampers, springs, geometry, cambers… It was pretty much everything.

“A team like ours shouldn't be as lost as we were, and I think maybe with the test [in late March] in those really cold conditions, we tried to react to that too much. Over a two-day event, it doesn't really give you much time to sit on it and think about it, and we made a lot of knee-jerk reactions. We should know better. But yeah, it played out well, and we ended up finding a bit more pace out of the car, and the result was decent.”

Dixon said that despite the switch from manufacturer aerokits to spec Dallara kits for 2018, at IMS road course the difference in downforce levels is relatively small and therefore the team’s data from last year should have been more beneficial.

“I'd say our downforce level was probably the closest that we'll see throughout the season,” he commented. “You would think we had a pretty good baseline from last year. Our car was very good last year.

“In the off-season I think we've gone down a bit of a road that we shouldn't have, and it's affecting how the car feels. It's very hard to feel what it's going to do, and it's not very consistent, and thirdly, the heat really affects us, so we need to get on top of that.”

Paradoxically, however, Dixon added that failing to find the new car’s sweet spot could be a result of the Ganassi team not thinking outside the box.

“I guess [the new aerokit] is a big change,” he said. “It's one of the biggest changes we've seen in probably a five- or six-year cycle, so that might be a bit of our issue, too. We’re kinda stuck in our ways a little too much.

“We have a very good engineering group, but it's stayed the same for quite a long time, so we maybe don't think outside the box as often as we should. We definitely did that a lot this weekend, which I think should help us throughout the season.”

Wickens will be an IndyCar champion, says Power