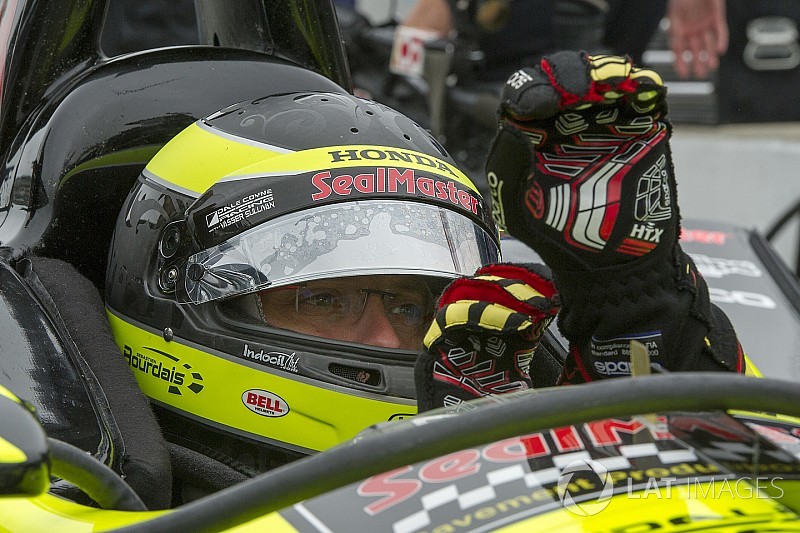 Sebastien Bourdais put Dale Coyne Racing with Vasser-Sullivan on top in opening practice at Belle Isle, as Honda cars occupied the top eight times ahead of the double-header weekend.

Santino Ferrucci, subbing for Pietro Fittipaldi in the #19 Dale Coyne Racing-Honda, and with only a brief test at Putnam Park in Illinois, to his name, was one of the few drivers to get a clean lap in when the cars were release from pitlane with a minute to go following a red-flag stoppage, and he made the most of it to go to P6.

That red flag was caused by Robert Wickens visiting the Turn 7 runoff, stalling and needing a bumpstart. It wasn’t the first stoppage of the session; that had come eight minutes earlier when Rene Binder stuffed his Juncos Racing-Chevrolet into the tire barrier at the bumpy medium-speed Turn 11, thankfully without much damage.

The Honda team that appears to be struggling quite surprisingly is Schmidt Peterson Motorsports – Wickens only 15th and James Hinchcliffe 21st.