The IndyCar and IMSA races in Detroit could shift from Belle Isle to a new downtown layout as soon as 2023.

Bud Denker, president of Penske Corp. which not only owns IndyCar but also the Detroit Grand Prix, made a presentation this week to local council members to move the track nearer the site of the original Detroit course, which held Formula 1 races from 1982 through ’88, then Indy cars from ’89 through ’91.

According to a Detroit GP spokesperson the reasoning behind the proposed shift in venue is a desire to see the event “create more of a connection with the city, to provide more energy, be more inclusive and to get the local residents more energized about the event.”

Detroit GP organizers have the option of extending its current agreement with the State of Michigan to host the Grand Prix on Belle Isle through 2024, but feel the timing is right to make the move downtown. Motorsport.com understands that this plan has been considered for some time, but was previously just an idea that came up for consideration whenever the agreement was up for renewal.

However, the success of IndyCar’s new-for-2021 street race event in downtown Nashville, TN and the festival atmosphere long established at Long Beach, CA and more recently at St. Petersburg, FL, has prompted the organizers to make the push for an event that is less easily ignored and more easily accessible by being in the heart of the city.

If the track design stays as is – with the emphasis on long straights, and tight turns, somewhat reminiscent of the now-defunct street course in Sao Paulo – some 50 percent of it will be viewable from some areas. 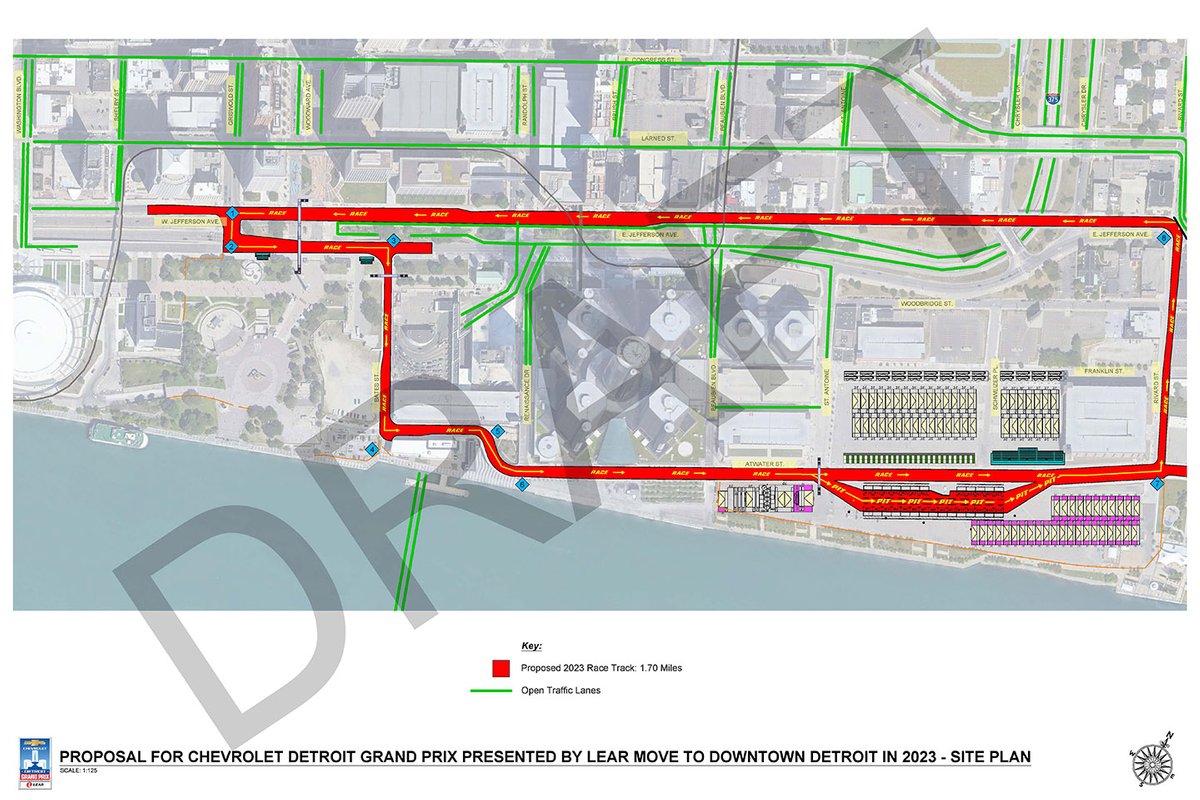 The race was first held on the man-made island of Belle Isle in 1992 but Indy car’s governing body CART let its contract lapse at the end of 2001.

Following his involvement as head of Super Bowl XL Committee in 2006, Roger Penske revealed he was to revive the race for 2007, but it ran for only two years before the economic crisis took its toll.

The event returned in 2012, became a double-header the following year, and has been a fixture on the IndyCar schedule immediately after the Indianapolis 500, although it was one of several IndyCar and IMSA events that fell victim to the COVID-19 pandemic in 2020. Both series were able to return to Belle Isle this year.

Next season, as the event shifts forward from two weeks after Indy (as per 2021) to its traditional slot of just one week after, it will feature just a single IndyCar race. This is to try and ease the burden on crews, for whom Detroit will be the fourth in a five-consecutive-weekend spell (including Indy 500 qualifying weekend).